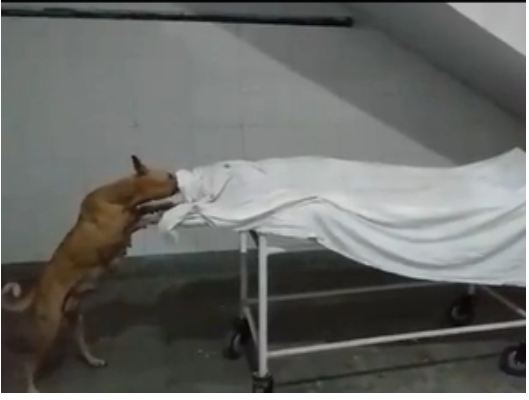 Former Union Law Minister Dr Ashwani Kumar has written to Chief Justice of India S.A. Bobde and other Judges of the Supreme Court to take cognisance of the incident where a dog nibbled at the remains of a dead girl dumped on a stretcher in a corridor inside a hospital in Uttar Pradesh.

In his letter petition, he stated that the daily mounting deaths in hospitals is a painful reality as is the piling up of dead bodies in mortuaries, the need for an enforceable and strictly observed protocol for dealing with dead bodies consistent with the dignity of the dead is an absolute imperative.

He said it is occasioned by the heart wrenching visuals aired on various TV channels on November 27 showing a dog nibbling away at the remains of a dead girl dumped on stretcher in a corridor inside a hospital. The visuals represent the ultimate in callousness and insensitivity for the dignity of the dead, repeatedly affirmed by this court as a non-negotiable right at the pinnacle in the hierarchy of fundamental rights.

He referred to the decisions of the Supreme Court in Kharak Singh Vs State of Uttar Pradesh & Ors 1964 SCR (1) 332), PT. Parmanand Katara V Union of India 1995 (3) SCC 248, Ashray Adhikar Abhiyan V Union of India (2002) 2 SCC 27 and the Constitution bench in Common Cause V Union of India (2018) 5 SCC 1. He also mentioned the judgments of the Madras High Court in a suo motu PIL and Bombay HC in Pradeep Gandhy V State of Maharashtra, declaring a fundamental right to die with dignity embracing right to decent burial or cremation.

He reminded that the Court earlier had taken cognisance when dumping of Covid-19 related dead bodies in a ditch was brought to its notice.

“It is unfortunate that in these extraordinary times when the Corona situation has overwhelmed the nation, and deaths are mounting, little attention is being paid to putting in place the requisite protocols for preserving the dignity of the dead as foremost obligation of a State committed to the values of the Constitution,” he said.

Did you find apk for android? You can find new Free Android Games and apps.
Share
Facebook
Twitter
Pinterest
WhatsApp
Previous articleDelhi HC says people facing corruption charges may not be promoted
Next articleAllahabad HC quashes suspension of employee merely due to FIR