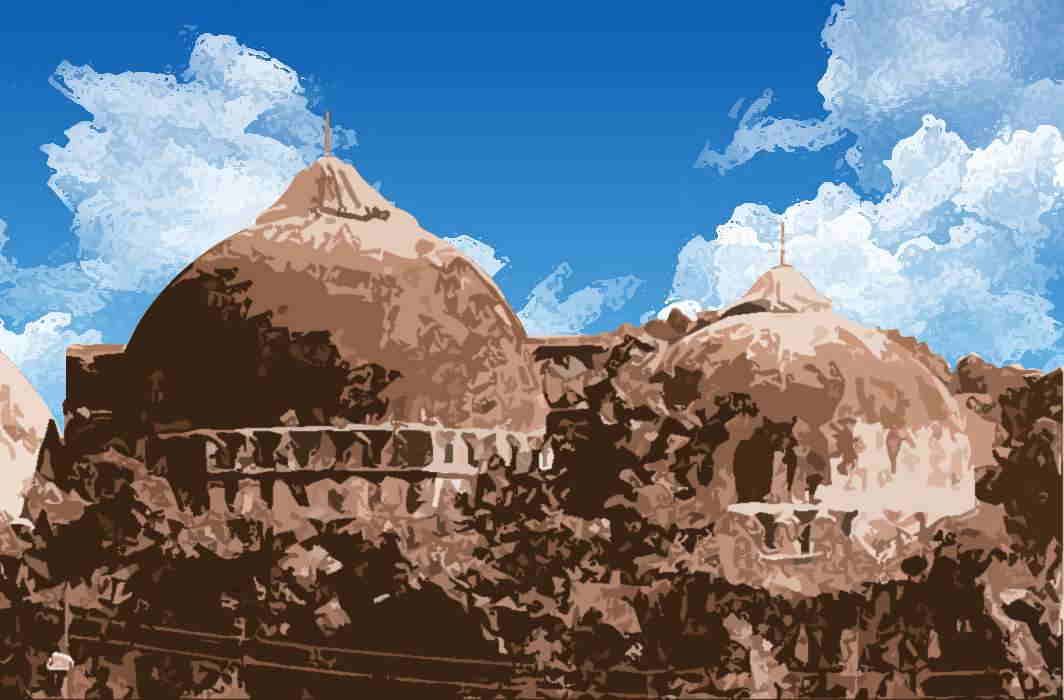 Swamy moves in with a petition, sits despite protests

The Supreme Court bench of Chief Justice Dipak Misra and Justices Ashok Bhushan and S Abdul Nazeer returned to the Ayodhya land dispute case on Wednesday (March 14). The bench has already made it clear that it will deal with this issue as a mere land dispute case and will not entertain and religious or political sentiment.

The event of the day in court was that, while important depositions were ongoing, BJP’s Subramanian Swamy landed in court with an Intervention Application (IA). Despite protests and questions as to his locus standii in this case, he refused to move. While even the government’s counsel, Additional Solicitor General Tushar Mehta protested, saying that no IAs should be allowed in a suit, Swamy said: “This is my right and I filed it as a writ.” He also said: “First they made statements on my kurta payjama and now they have objections if I sit on front seat.” He was referring to the lawyers.

Mehta said: “How can a third party come and tell the parties involved in a suit to settle the matter?”

This was after the CJI asked the reason for his presence, saying “you are not a party in this case.” At that the CJI said: “Intervention application will be entertained, but whether we will allow you to intervene or not is a different question.”

Justice Ashok Bhushan said that if both parties come with the purpose of a settlement then we can allow, but we cannot force anyone to settle the issue.

The day started with the court being informed that all documents have been submitted and copies have been served to Ejaz Maqbool, counsel for the petitioner. All the books have been given, except one which is incomplete and a copy needs to be filed before the court.

Mehta, appearing for the state, agreed to submit the soft copy of the concerned documents.

It was at that time that the counsel requested that the petitioners must be informed a week in advance and that no intervention application must be entertained. The registry should not accept any fresh application. At that point IA 27-28 was called upon. But Mehta objected, saying that no IA should be allowed irrespective of filing date. That was when the Swamy issue happened with Swamy insisting that he had filed it as a writ, mentioned before Justice J Chelameshwar and IA 27-28 was converted into an order, hence the matter is to be attached with this matter as a court order.

Justice Bhushan said: “Thousands of residents of Ayodhya have signed the petition. It is a land issue. We cannot force anyone to seek settlement in a case. It will become difficult for us to hear so many interveners. If someone wants us to take judicial notice of something we will, but we cannot force anyone.” He also clarified: “We are not passing any order declining an opportunity of the IA applicant.”

He also said that an IA filed by Aparna Bhatt (order 1, rule 8) was presented and inserted in the 1976 amendment. “It is completely at the discretion of the court. I cannot access my right here.”

Meanwhile, both sides opposed the IA by Salman Khurshid. He said that no effect on the rights of either party will be brought by his IA.

The CJI, however, said “It is not a constitutional law.” The plea was not accepted.

Senior counsel Salman Khurshid said: “We have gathered relevant information regarding the matter. Keep the application pending to be taken up if and when the court needs any assistance. We do not wish to address the court or intervene as such.

The bench, however, noted that both parties are opposing Khurshid’s IA.

At that point Maqbool said: “Everyone wants their matter to be heard, what’s wrong in that?”

The IA seeks for complete secular use. Concerning the ramifications of the situation and the complexities arising out of this case in the past, a middle path could be followed, submits the counsel. The request for helping the court in the future in this case, if not required, will be withdrawn. This was accepted by the court. The registry was directed not to entertain any new IAs.

Finaly, Swamy’s petition gained acceptance, because it was heard and decided by a different bench of this has been converted into an IA in the present appeal and accordingly. It was allowed as an exception.

Another strange IA wanting a pujari in the court stood rejected. An IA regarding submitting of documents, producing the same, condonation of delay, etc. was allowed.

The CJI said: “We can’t directly transfer the case. The burden of proof lies on the petitioner to satisfy the fact that prima facie, the decision of the 5-judge bench is incorrect and another bench should reconsider the issue. We should be persuaded, that the view taken by the earlier 5-judge bench was incorrect. Only then will the matter be referred to a larger bench.

“Initial satisfaction should be ours about the reconsideration, then only the matter will be referred to constitutional bench and that bench will decide accordingly,” he said.

“First the court has to prima facie be satisfied that a fresh angle on the point of law has to be considered. Now, it depends upon the constitutional bench whether to take up the case or not.”

Senior counsel Rajeev Dhawan told the CJI: “Your lordship is the most patient CJI I have ever come across, but sometimes you go ahead of yourself.

“On December 6, 1992 two illegalities took place,” Dhawan said. “The constitutional bench only considered the question on religion. Why only Hindus have been given the right to pray. A mosque is not essential for Muslims; is that’s what being implied here? Muslims can pray anywhere is like saying you can go for toilet anywhere and this is highly unacceptable to me.

“Justice Verma in a judgment says that Muslims can pray anywhere. Mecca Medina and possibly the dome on the rocks is pious to the Muslims. Even Parliament wants the bench to decide on Ram Janmbhoomi. Do you accept that mosque is not equally important? Surely, I can rest my case.

“The position of law must be clear. I think praying in the mosque is important. All the mosques, temple should be acquired then. Because they all are backed up by the same law that they can be acquired.”

At this point the court was adjourned and the matter listed for March 23 at 2pm.