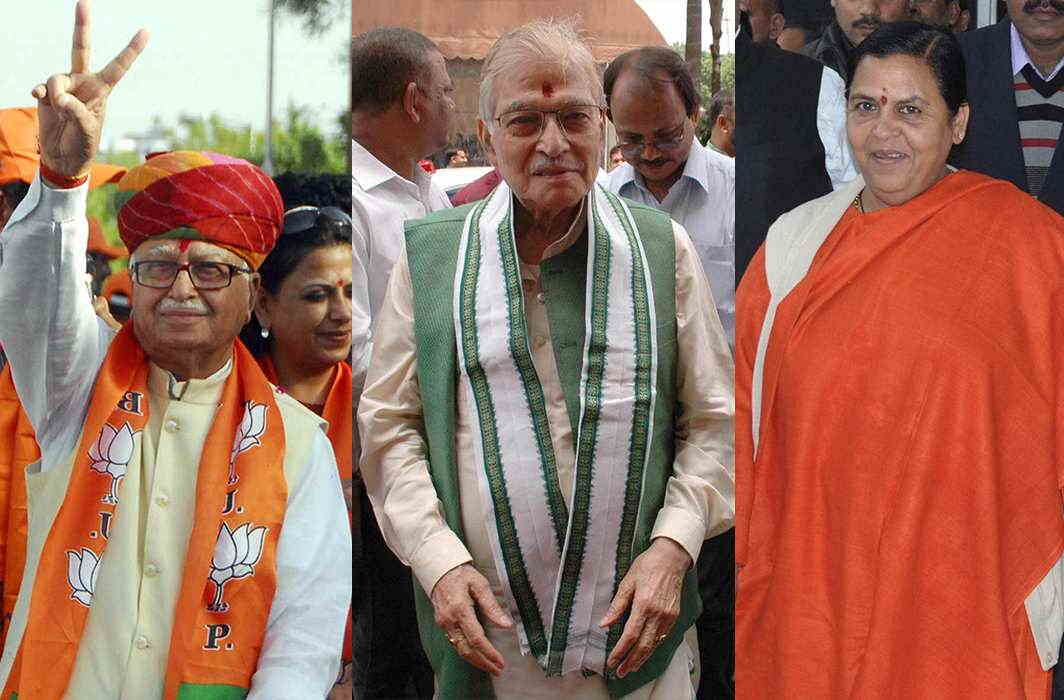 Leaders arrive to chants of “Jai Shri Ram”, remain defiant, say there was no conspiracy

The special CBI court in Lucknow on May 30 framed charges against former Deputy Prime Minister Lal Krishna Advani, BJP leader Murli Manohar Joshi, Union minister Uma Bharti and nine others in the 1992 Babri Masjid demolition case. All, expectedly, were charged with Section 120B of the IPC, which pertains to criminal conspiracy.

Earlier, in court, all the leaders presented themselves and were granted bail. The top leaders also filed a discharge petition, appealing that no charges be framed against them. Pleading not guilty, the leaders told the Special CBI judge SK Yadav that they had no role in the demolition of the mosque.

The Supreme Court had earlier decided that the leaders along with the others be on trial for conspiracy. The leaders said that since they had no role, they could not have conspired for the demolition.

The 89-year-old Advani was seen to garner a lot of support, arriving at the court under heavy security. He looked unperturbed as he entered the court house with a huge number of supporters milling around outside, chanting “Jai Shri Ram.”

The mood of the leaders was as expected, defiant. The general consensus among them was to completely refute the conspiracy theory, the basis of these hearings as the Supreme Court had ordered. It may be recalled that in 2001, the special CBI Court had dropped conspiracy charges against Advani and others, a decision endorsed in 2010 by the Allahabad High Court. The CBI had bifurcated the case into two parts, one dealing with the actual demolition and the other with the conspiracy towards it, which included all incidents leading to it and including hate speeches.

This court has a mandate of day-to-day hearings as ordered by the Supreme Court. It has also been given a two-year timeframe to complete the hearings of a case that has been hanging fire for 25 years, a point that the apex court clearly made while taking this decision.

The incident incited extreme violence across the country, with riots killing around 2,000.

The hate speech theory was already being treated as a separate case, noting that the leaders had been making provocative speeches from the dais near the mosque on December 6, 1992. The entire issue has now been clubbed together, which lands the leaders back in the dock.

Also called to court, along with the top leaders, were BJP leader Vinay Katiyar, VHP’s Vishnu Hari Dalmia and Sadhvi Rithambara. The special condition of the court is that all accused will present themselves personally.