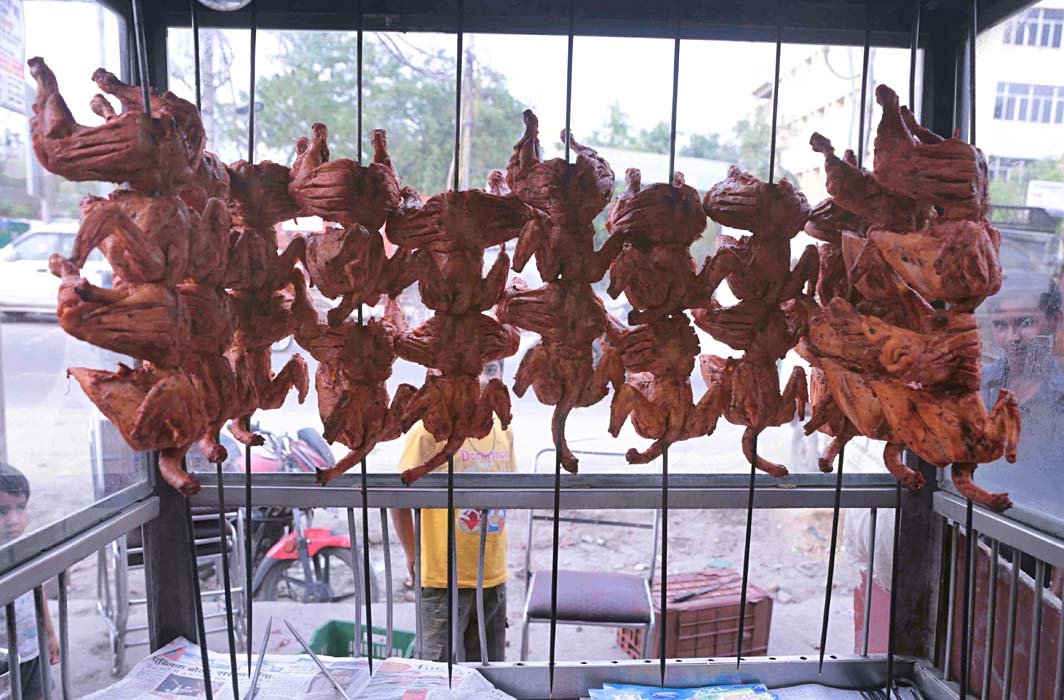 The juicy chicken and mutton kebabs, shawarmas, tikkas and other meat delicacies hanging outside eateries beside the roads of Hauz Khas, New Friend’s Colony, and other happening localities, would soon be out of sight for residents of South Delhi.

The BJP-ruled South Delhi Municipal Corporation (SDMC) has initiated a proposal to ban the display of meat items hanging outside eateries and restaurants. The move intends to take care of the health of the people and also, sentiments of the vegetarians, which could possibly be hurt after seeing the non-vegetarian dishes hanging in open. The resolution which was moved by Councilors Raj Dutt and seconded by Nandini Sharma in the Health Committee meeting of the SDMC was approved by the Leader of the House Shikha Rai.

However, Rai, the Leader of the House and also a BJP Councilor, disagreed to any such motives, while talking to India Legal. “There is no mention of sentiments in the proposal,” said Rai. She said that “protecting sentiments of vegetarians” is an aspect wrongly brought in by the media and the resolution passed by the House has no such clause in it.

She said that the resolution was passed because there was no rule in place to restrict the display of raw items, “which is why the notification has been put out particularly for raw items”.

The move has been severely criticised by the Opposition and the public as they think it is in line with the government’s other decisions restricting their choice of food, now making it impossible for them to see that choice out in open. The clause of the proposal wherein it talks about “protecting the sentiments of vegetarians” has triggered the maximum backlash.

Rajnigandha, a resident of South-ex, Delhi, says that the BJP need not act as a “spokesperson for vegetarians” and by doing so it is again widening the gap between the two types of eaters. “I feel banning the display of non-vegetarian food outside eateries is a futile attempt to gloss over the reality. Why does BJP need to be the spokesperson for vegetarians?” asked Rajnigandha.

Even vegetarians, for whom the move has been initiated, do not agree with the corporation’s decision. Sushmita Shrivastav, a resident of Malviya Nagar, Delhi calls it a “completely insensible step” and also that “her sentiments don’t get hurt by seeing non-vegetarian food in the open”.

Abhishek Dutt, the Congress Councilor in SDMC called it a dictatorial decision intending to interfere in people’s personal lives. He said that he had opposed the proposal but since BJP has a majority in the House, it was approved.

Now, it is to be seen that what would be the final outcome of the proposal which would again come to the house in its next meeting on January 3.