The petition were seeking a stay on the decision of Delhi government to requisition various banquet halls for converting them into Covid-19 facilities. 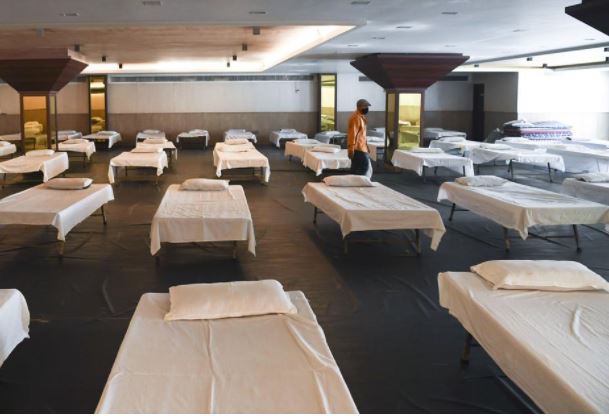 The Delhi High Court on Wednesday directed owners of banquet halls to make an application under Section 66 of the Disaster Management Act for the purpose of determination of compensation.

A single-judge bench of Justice Sanjeev Sachdeva noted, “The concerned officer shall dispose of the same expeditiously, preferably within a period of six weeks of the receipt of the application.”

The petitions have been filed by Community Welfare Banquets Association on behalf of 100 banquet halls and Ready Mint Private Limited, which runs Lavanya Banquet Hall, seeking a stay on the decision of Delhi government to requisition various banquet halls for converting them into Covid-19 facilities.

The Counsel argued that in terms of Section 66 of the Disaster Management Act, 2005 the concerned officer, who requisitioned the property, was also required to determine the compensation to be paid for such purpose.

Whereas, the Counsel appearing for the Delhi government submitted, “For determination of compensation under Section 66 of the Act, is the rent payable in respect of the said premises, it would be necessary for the banquet owner to give requisite details.”

The bench has directed the banquet hall owners to make an application in connection to the compensation, and further directed the Delhi government to dispose of the same expeditiously, preferably within 6 weeks.

The bench while keeping the question with regards to the validity of the order and the competence of the officer open, disposed of the petition reserving the rights and contentions of the parties.