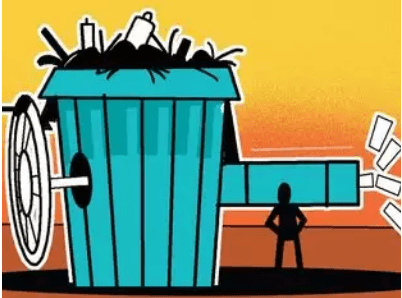 The Supreme Court has observed that the tracking of biomedical waste needs to be improved urgently by adopting the bar-code system as per the Bio-Medical Waste (Management and Handling) 2016 Rules.

A three-judge Bench of Justices Arun Mishra, Vineet Saran and MR Shah made these observations while hearing an intervention application moved by DU law student, Harshita Singhalin a writ petition of 1985, titled MC Mehta v. Union of India & Ors. expressed their concern over dumping of bio-medical waste near open forests areas in Delhi, by some private hospitals.

The Court has directed that a meeting of the Central Pollution Control Board, Delhi Pollution Control Board and EPCA and the requisite stakeholders of the concerned Departments of the Central Government and Delhi Government and National Capital Region, including the representatives of the Corporations should be called for urgently within three days and steps should be taken with respect to clearing bio-medical waste of various hospitals and that of Corona patients.

The Court while directing hospitals to not dump bio-medical waste in open area, also asked for preparation of a concrete action plan with respect to bio-medical waste and be submitted to this Court before the next date of hearing.

The Court with regards to the issue of air pollution in Delhi noted that the government was directed to install smog towers within three months, but unfortunately, neither the Agreement has been entered into nor the requisite drawings have been obtained. The affidavit that has been filed is so much laconic and it is painful to note that the real intention is not to comply with the order of this Court and there is absolutely no respect shown to the order passed by this Court and for compliance of the order passed by this Court by the concerned respondents.

The Court therefore directed the Ministry of Environment, Forest and Climate Change and the Delhi Government to enter into an agreement, and place a compliance report before the Court on July 29th, the next date of hearing.

The remark was made by the Court in reference to its January 13,2020 order whereby it had asked the Delhi Government to complete the installation of Smog Tower at Connaught Place and Anand Vihar within three months.

Justice N.V. Ramana’s bench in the case Kirti & Anr VS Oriental Insurance Company Ltd. gave a judgment dated 5th January 2021 that the courts in India have recognized that the contribution made by the wife to the house is invaluable and cannot be computed in terms of money.
Read more
India Legal
Did you find apk for android? You can find new Free Android Games and apps.