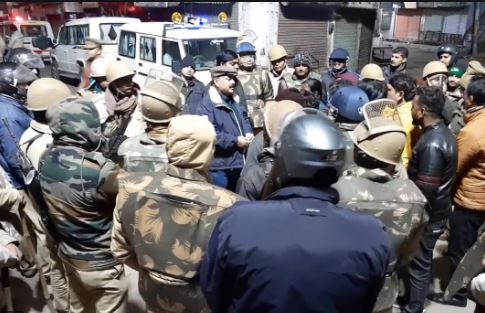 The Bar Council of India has passed a resolution unanimously condemning the attack on a lawyer in uniform by the Uttar Pradesh Police and has called upon the Chief Justice of the Supreme Court and the Chief Justice of the Allahabad High Court to take immediate steps to find out the police personnel guilty and sought directions to the state government for their suspension, transfer and removal.

The Bar Council has asked Union Home Minister Amit Shah to take suitable action in the matter and make laws to provide protection to the lawyers of the country.

The Bar Council of India decried the incident in Etah, Uttar Pradesh, where police broke open the door, and dragged and pulled an advocate and assaulted him mercilessly. The Bar Council said, “There is no limit to such atrocities of Uttar Pradesh Police and it has crossed all limits. The video of this incidence got viral and the entire nation witnessed it.”0

Similarly, incidents were witnessed in West Bengal, Bihar and almost all states. Such treatment by police is rather worse than the crime committed by any hardened criminals, the Bar Council said.

“The Council is going to convene a joint meeting of representatives of all the state Bar Councils through Video Conferencing to decide the future course of action within 3-4 days,” it said.

It said, “The act of the state police of Uttar Pradesh is shocking, it cannot be expected from the protectors of law and order. The brutality clearly shows that the police personnel of Etah were acting with some planning with some ulterior notice.”