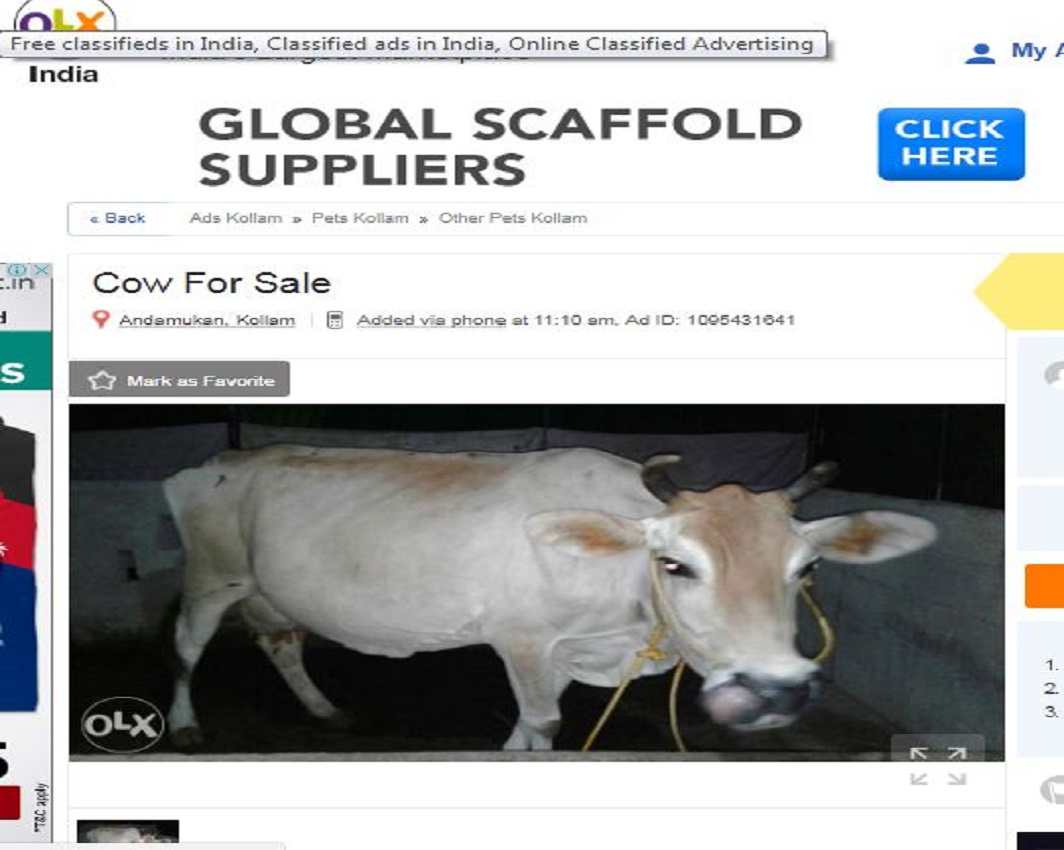 The Madurai bench of the Madras High Court may have stayed for four weeks the Union environment ministry’s notification regarding restrictions on the sale of cattle, especially cows, in cattle fairs, but no trader wants to face armed cow vigilantes anymore. They are pulling out of the physical market and going on the cyber market. They are selling cows online, hundreds of them, especially on OLX and other such sites.

Bech de, says OLX, and your job is to take a close look at the picture of the cow and place a bid. No touching, however. The major problem that remains is how the cows sold will be transported to the new owner. The gau rakshaks would be waiting on the road.

Cheek by jowl with a red 2007 Hyundai Verna and a black and yellow autorickshaw, exists a white cow in Kollam, Kerala, on sale for Rs 55,000 by Sooraj. The cow looks anything but healthy and looks unlike a milch cow. But if it is on the site, it would probably sell.

The problem with the notification is that it has been cleverly camouflaged to go through the Prevention of Cruelty to Animals Act, and hence looks legitimate. However, the constitution has nothing against the sale of cattle for slaughter or against beef eating, especially in regions where this is common food for the poor. It is a cow belt ideology that seems to have been superimposed on the rest of the country through an innocuous-looking notification.

The result has been disastrous. Even proper dairy farmers, such Pehlu Khan, who was mercilessly beaten to death just for transporting cows, are not safe. Sites such as OLX can help with the financial transaction, but the BJP government has yet to finalise a safe route for these cows to be transported to the new owner.

That will be the new challenge.