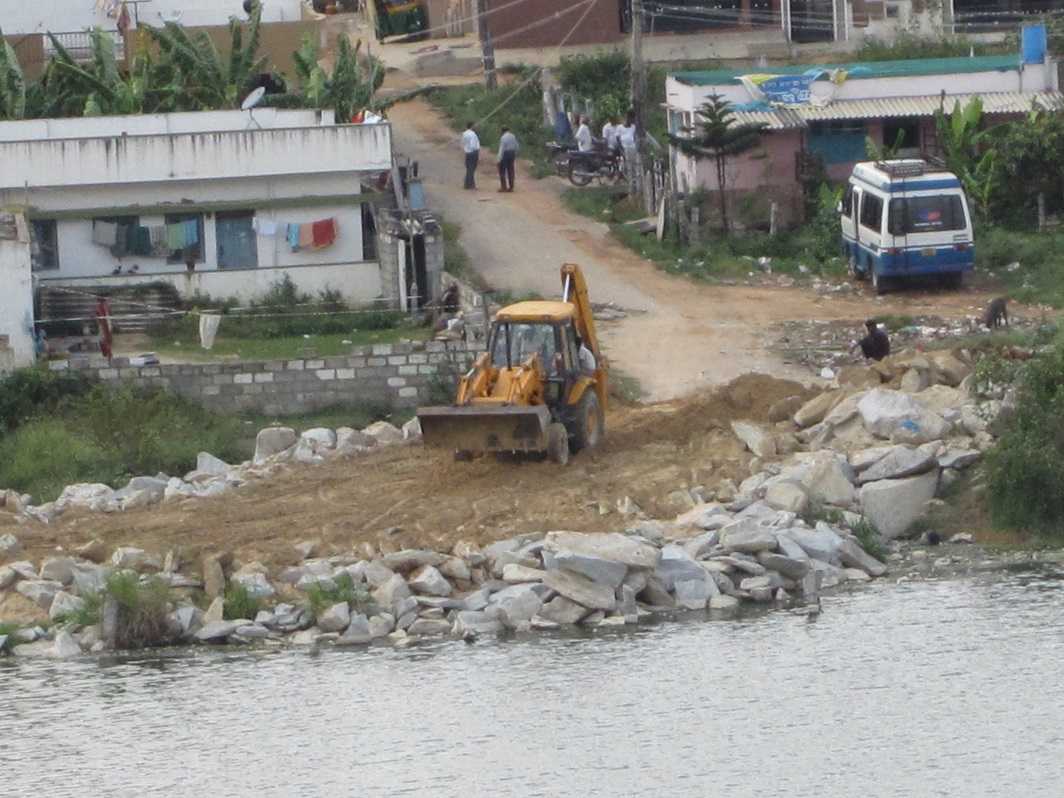 Above: Lake encroachment is rampant in Bengaluru. Photo: www.Indiawaterportal.org

The National Green Tribunal’s (NGT) principal bench, headed by Justice Swatanter Kumar, had, in its last hearing, come down heavily on the so-called findings of the “high powered committee”, set up as per the court’s May 7, 2015 order regarding encroachment on lake beds in Bengaluru.

On Monday (July 17), the bench was shown some photographs of encroachment of the fence by the counsel of the State of Karnataka. The bench gave the state a week to file the status report.

In the last hearing, the bench had said that the so-called “high powered committee” firstly did not file the report within the stipulated time and now when the report has been filed before the tribunal, “we have no hesitation in observing that the report does not comply with the directions of the tribunal in its true spirit and substance.”

The matter has been listed for July 24.