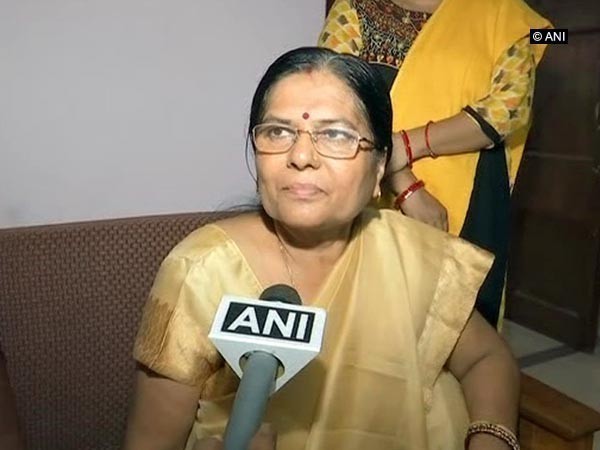 Former Bihar social welfare minister Manju Verma who has been on the run for the last few weeks was on late Friday proclaimed an “absconder” by a court which also ordered for attaching her properties.

She had been is evading arrest in an Arms Act case which cropped up in course of a CBI probe into the Muzaffarpur shelter home sex scandal and twice in the course of the last week, the Supreme Court had castigated the Bihar government which told the court that it could not find her. Additional Chief Judicial Magistrate of Majaul passed the order to this effect invoking sections 82 and 83 of Code of Criminal Procedure.

Last week, her lawyer  had moved court against a police petition to declare her a “proclaimed offender” in an Arms Act case. Earlier, a sub-divisional court issued a non-bailable warrant against her on October 31, a day after the Supreme Court asked the police why Verma had not been arrested after the recovery of ammunition from her in-laws’ house. The “proclaimed offender” tag allows the police to paste a legal notice on the walls of the accused’s house asking her to surrender before the court within a specified frame of time. If the accused fails to do so, the property can be confiscated and auctioned.

Verma resigned in August as social welfare minister after allegations that her husband had links with Brajesh Thakur, the main accused in the Muzaffarpur shelter home rape case. Fifty cartridges were found in her in-laws’ house during a search conducted in connection with the rape case. The Bihar Police filed a First Information Report under the Arms Act against Verma and her husband after the cartridges were found in August.

Mahto said that he had moved the Supreme Court seeking bail for Verma after the Patna High Court had rejected her anticipatory bail petition.

Chandrashekhar Verma, the former minister’s husband who is also an accused in the Arms Act case, surrendered before a court in Begusarai on October 29.

The sexual exploitation of children at the shelter run by Thakur came to light after Mumbai’s Tata Institute of Social Sciences submitted an audit report of 110 shelter homes in Bihar in April. The audit had been ordered by the state government, which filed a first information report against 11 people, including Thakur, on May 31. A medical report confirmed the sexual assault of 34 inmates at the Muzaffarnagar home.

The case under the Arms Act was registered against the ex-minister and her husband Chandrashekhar Verma at Cheria Bariyarpur police station in the district following the recovery of a huge cache of ammunition from their residence here.

The recovery had been made by a CBI team which had raided the premises in connection with the Muzaffarpur shelter home sex abuse case of over 30 minor girls.

Verma had stepped down as the minister for social welfare in August following reports that her husband had close links with Brajesh Thakur, prime accused in the scandal.

Her husband had surrendered before a court here on October 29, even as the Supreme Court earlier this week rapped the Bihar Police for its failure to arrest Verma, and directed the DGP to appear in person on November 27 if she was not arrested by then.