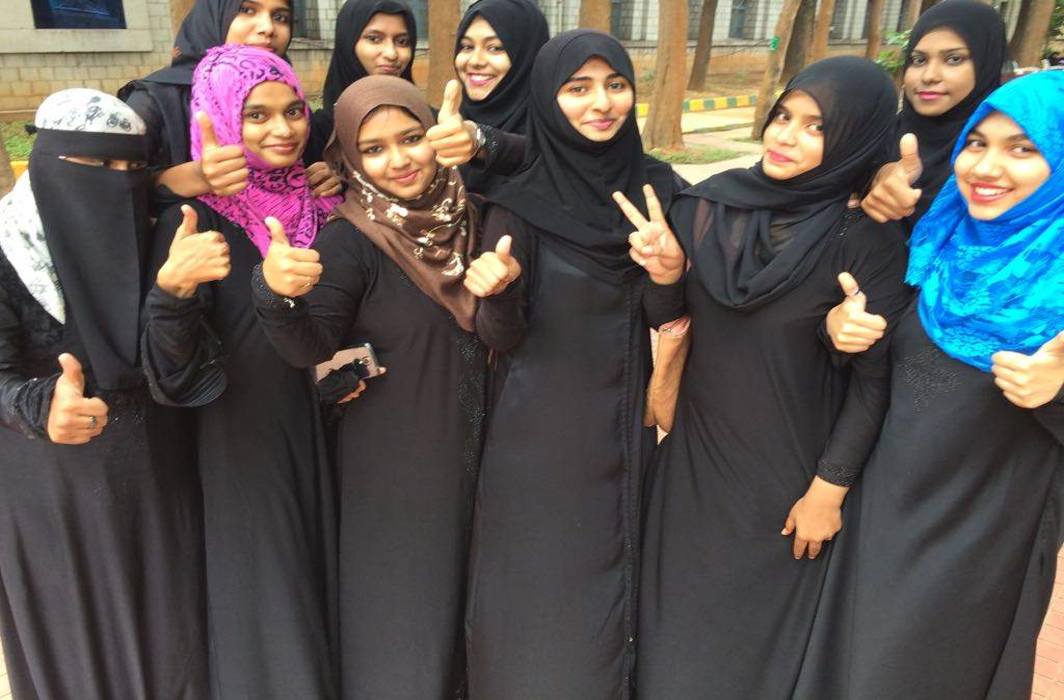 The Bill, which seeks to make talaq-e-biddat a cognisable offence punishable with a three year jail term for the husband was passed by a voice vote

In a historic move, though its merits may be debatable, the Lok Sabha on Thursday passed by a voice vote the Muslim Women (Protection of Rights on Marriage) Bill which makes instant triple talaq a cognisable and non-bailable offence.

The Bill will now have to be introduced in Rajya Sabha where the Centre is not in a majority and will have to ensure that its floor management, in the wake of a united Opposition which has greater numbers in the House, helps in the passage of the Bill and its subsequent enactment as a law.

While the passage of the Bill in Lok Sabha, where the Prime Minister Narendra Modi-led NDA coalition enjoys a brute majority, was expected the day’s proceedings also witnessed the Treasury benches and the Opposition spar on the various clauses of the draft legislation.

The appeal by Prime Minister Narendra Modi earlier in the day to all political parties to support the Bill clearly had little effect on the Opposition. The government’s refusal of the Congress-led Opposition’s demand to refer the Bill to a Standing Committee of Parliament for wider consultation also evoked a sharp response from the Opposition. Several Opposition members, including Congress president Rahul Gandhi who had walked out of the debate in protest, were absent when the Bill was put to a voice vote by Lok Sabha Speaker Sumitra Mahajan ensuring a smoother than expected passage of the draft legislation as the BJP had issued a whip to its MPs, ordering them to be present in the House during the voting process.

Union minister for law and justice Ravi Shankar Prasad, who introduced the Bill in the Lok Sabha amid protests from All India Majlis-e-Ittehadul Muslimeen chief and Hyderabad MP Asaduddin Owaisi and reservations expressed by the Congress party, RJD, All India Muslim League and Biju Janata Dal vociferously defended the draft legislation through the debate.

The Bill, once it clears the Rajya Sabha hurdle to be enacted as a law, seeks to criminalise instant triple talaq – a practice declared as “arbitrary, unconstitutional and unislamic” by the Supreme Court in August this year – and proposes a three year jail term and fine for any Muslim husband who pronounces talaq-e-biddat against his wife.

Soon after the Supreme Court had declared instant triple talaq as illegal and, in a minority verdict urged for a legislative framework to ban the practice, Prime Minister Narendra Modi had constituted a group of ministers comprising Union ministers Rajnath Singh, Sushma Swaraj, Arun Jaitley and Ravi Shankar Prasad to draft a stringent law that would act as a deterrent against talaq-e-biddat.

The Bill, drafted by the committee without any consultation with Islamic organisations like the All India Muslim Personal Law Board (AIMPLB), parliamentarians who weren’t part of the group of ministers, social organisations who work with victims of instant triple talaq and other stakeholders, has evoked a mixed response from various sections of the Islamic community.

On Thursday, as Union law minister Ravi Shankar Prasad introduced the Bill in the Lok Sabha, Owaisi opposed it saying: “This bill violates fundamental rights and lacks legal coherence. It will be an injustice to Muslim women.”

Prasad retorted, asserting that the introduction of the Bill marked a “historic day” for India and its Muslim women and said that the draft legislation “is for women’s rights and justice and not regarding any prayer, ritual or religion.”

There are several aspects of the Bill and even the process adopted by the government for drafting it that the Opposition members and a section of the Islamic community are protesting against.

Odisha chief minister Naveen Patnaik’s Biju Janata Dal, which Prasad had reportedly reached out to earlier to seek support for the Bill, has also opposed the draft legislation. Senior BJD MP Bhartruhari Mahtab told the Lok Sabha that his party does not support the Bill as “it is flawed” and has “many internal contradictions”.

The “internal contradictions” in the Bill that Mahtab talked about are many. For instance, while the Bill clearly declares in Section 3 that instant triple talaq – pronounced verball, in written or electronic form – shall be “void and illegal”, Section 5 and 6 of the draft Bill go on to propose a ‘subsistence allowance’ for a Muslim woman who is victim of talaq-e-biddat and declares that she is entitled to the custody of her minor children.

These sections of the draft law, when read together, raise a peculiar contradiction believe legal experts and also politicians who are opposing the Bill.

“The most glaring internal contradiction is found in Sections 5 and 6 which discuss post-divorce issues such as a “subsistence allowance” for the woman upon whom instant talaq “is pronounced” and the “custody of her minor children” as if her marriage is dissolved by the mere pronouncement of talaq-e-biddat. How could the authors of this Bill talk of post-divorce matters ignoring the fact that the pronouncement (instant talaq) has already been voided in Section 3 and cannot result in a divorce,” wonders A Faizur Rahman, secretary-general of the Chennai-based Islamic Forum for the Promotion of Moderate Thought, in an article for The Hindu.

Congress leader Salman Khurshid, who had assisted the Supreme Court as amicus curiae in the instant triple talaq case, has said that he feels that his party can’t support the Bill on two grounds. First, that the government “did not discuss the contents of the Bill with Opposition members before introducing it in Parliament” and second, due to the incoherent nature of the Bill itself. “If someone is lodged in prison as a punishment for saying triple talaq, who will take care of his family,” Khurshid said, alluding to the fact that the if, as per provisions of the Bill, a Muslim husband is jailed for pronouncing talaq-e-biddat then how would he pay the ‘subsistence allowance’ to his wife as guaranteed in the draft legislation.

Congress sources had told India Legal that although the party was likely to eventually support the Bill in Parliament, knowing well that it cannot afford to let the BJP take all credit for criminalizing a practice that has adversely affected lakhs of Muslim women across the country, it would vociferously protest against the Bill’s provision that makes instant triple talaq a “cognisable and non-bailable offence”.

For the Congress, the draft Bill presents a piquant situation. If the Grand Old Party, which has for decades been accused of appeasing the Muslims – a community that forms a significant votebank for the Congress – opposes the Bill, it stands to be accused by the BJP of betraying Muslim women. However, if it supports the draft legislation entirely, including the provisions that criminalise talaq-e-biddat, it stands to lose support among conservative Muslim men among the Sunni community who feel that the Bill impinges on a matter of Muslim Personal Law.

The BJP fielded several members during the debate to justify the draft legislation and also to, expectedly, slam the Congress for its appeasement of the Muslim hardliners in wake of the Supreme Court’s Shah Bano verdict.

Union minister MJ Akbar, a former Congress MP himself, hit out at those opposing the draft legislation, though he reserved his most strident criticism for the All India Muslim Personal Law Board. Slamming the AIMPLB for opposing the Bill, Akbar said: “What is the credibility of All India Muslim Personal Law Board? Who chose them to be community representatives? This slogan ‘Islam khatre mein hai’ was used before independence to divide India and is now being used to divide society, poison is being spread. You change law easily when it comes to men but you remember Allah when it comes to women.”

While the BJP MPs participating in the debate refused to spare any quarter for the Opposition, Owaisi too stuck to his criticism of the Bill, asserting: “My primary objection is two-fold: Parliament lacks legislative competence, bill lacks legislative coherence. It violates Article 15. Triple Talaq has been declared null and void already. It lacks rational nexus as sections under IPC exist…The Bill is constitutionally not valid. It will be injustice to Muslim women… If a Muslim man says triple talaq, then how is it valid when the court (the SC) has done away with it? This law will give handle to Muslim men to further subjugate women. They want to achieve their dream of putting Muslims behind the bars. Instead, create a corpus of Rs 1000 crore for Muslim women.”

With the debate over the Bill raging on well past the functioning hours of the Lok Sabha, Speaker Sumitra Mahajan decided to extend the sitting of the day’s session till the Bill was passed – which it was shortly past 7.30 pm.

Replying to the debate on the Bill, law minister Prasad took potshots at the Congress and Owaisi while asserting that: “We are not looking at this (Bill) from the lens of politics but from the lens of humanity. The jail term (for a Muslim husband pronouncing talaq-e-biddat) is up to three years and quantum of punishment will be decided by the magistrate and we have left it for the court to decide and its conscience. It is being said that we are breaking families, but when women were being abandoned, this argument found no place. Under Section 304B, if you try to burn a bride, then you will be imprisoned (sic),” Prasad said.