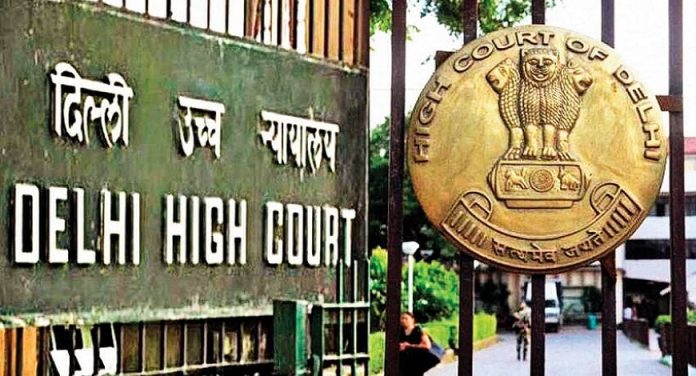 The Delhi High Court has asked the Director General Medical Services (Air) to consider whether the breath analyzer test (BAT) can be conducted in an open area with mobile electrical connectivity so that the spread of coronavirus through suspended particles/ aerosols in a confined room can be avoided for the safety of the cabin crew, ATCs and pilots.

“ Related to continuation of Breath Analyzer Test (BA Test) – Keeping in mind the safety of passengers as also the safety of the personnel including the pilots, cabin crew, air traffic controllers etc, complete suspension of BA Test may prove counterproductive and hence not advisable.”

“Related to Blood Alcohol Test – Conduct of Blood Alcohol Test is invasive and non-practical in view of the specific requirements of Civil Aviation. Further, protocols related to carriage of the samples and protecting the sanctity of samples is an issue which makes blood tests an unreliable method”

The learned counsel, Anjana Gosain, appearing for Director General Medical Services (Air) submits the document which lays down the Compliance protocol of Civil Aviation Requirements with modifications carried out by the DGCA in respect of the number of crew members, cabin crews, ATCs which says” 10% of flight crew member and the cabin crew member shall be subjected to random preflight Breath-Analyzer test for entire operation of an Organization of India” and “ATCO shall be subject to random Breath Analyzer test before commencement of duty at each station on daily basis.”

The counsel  further submitted that the last order the DGCA, obtained data from various airlines which  reveals that most of the airlines are conducting testing using breath analyzers, which is much higher  than 10% and in some airlines, even close to 30%.

The learned counsel, Piyush Sanghi appearing for Air Traffic Controllers (ATC) raised an apprehension before the Court that the breath analyzer test is conducted in an enclosed space and that the air blown into the equipment is released out in open from the other end by placing reliance upon the judgment of this Court in Saurabh Sharma v. SubDivisional Magistrate (East) & Ors. [W.P.(C) 6595/2020, decided on 7th April, 2021] and studies by various international agencies, including the WHO and LANCET that it is now established that Covid-19 spreads through aerosols and droplets which are suspended in the air.

The court, on May 5, after hearing the counsel for the parties and considering the data asked the DGMS (Air) to consider the following issues in compliance of its previous order dated 27th April 2021-

i) Whether the BAT can be conducted in an open area with mobile electrical connectivity so that the spread of Covid-19 through the suspended particles/aerosols in a confined room can be avoided for the safety of the cabin crew, ATCs and pilots?

ii) Whether the DGMS (Air) approves the percentages mentioned in the order dated 27th April, 2021 or should the same be random for all categories of employees – i.e., ATCs, pilots and cabin crew?

iv) Whether the percentages need to be changed and if so, to what extent.

The court further directed the airlines to strictly abide by the percentage of testing which are mentioned in the 27th April, 2021 order issued by the DGCA and accepts the said opinion of the Committee that the blood alcohol testing is not possible at this point.

Subsequently, the court emphasized that all staff of the Airlines, including ATCs, cabin crew and the pilots, would be bound to give the undertakings and the declarations, in respect of having not consumed alcohol in terms of the applicable regulations, failing which, they could be re-rostered and strict action would be liable to be taken against them.

The court asked the DGMS (Air) to submit a report by 10th May 2021 on the aforesaid aspect and further listing the matter for further hearing on 11th May 2021.