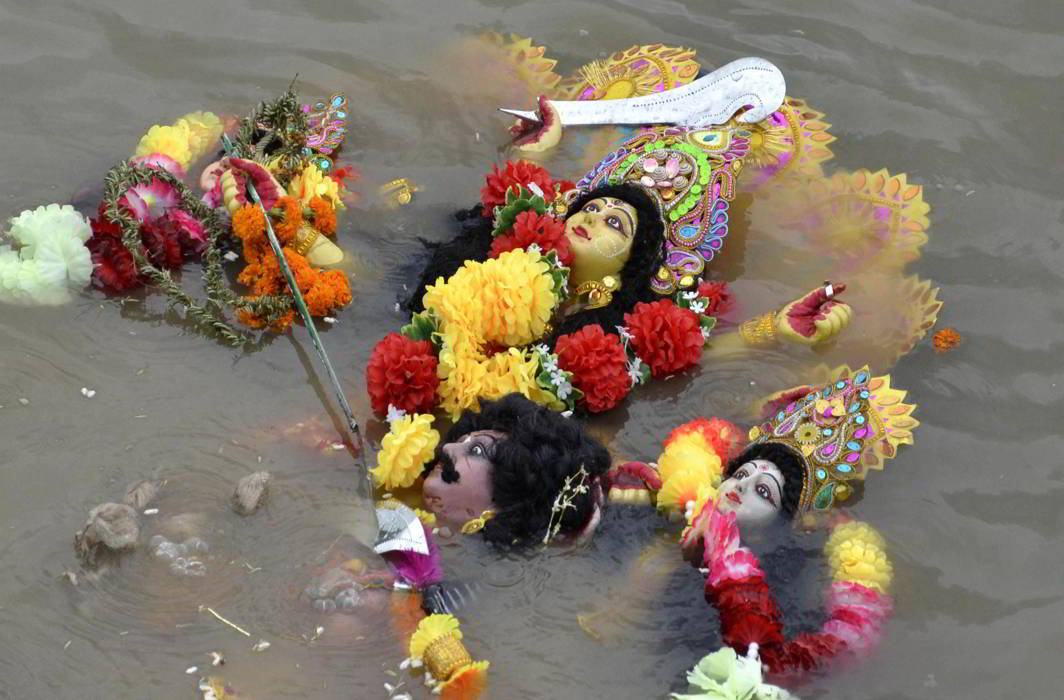 Above: Goddess Durga floating in the river Brahmaputra after it was immersed during the Durga Puja festival in Guwahati (file picture). Photo: UNI

The Calcutta High Court on Thursday (September 21) revoked the West Bengal government’s order that said that Durga Puja idols could not be immersed after 10 pm on September 30 (Vijay Dashami) and on October 1 (Muharram). The High court allowed the immersion till 12am on all days, including on the Muharram day.

While observing that the state government’s move was arbitrary and illogical, the court asked the Mamata Banerjee government not to clamp down on the citizens’ rights meaninglessly. “You are exercising extreme power without any basis… Just because you are the state, can you pass arbitrary order?” the court asked.

While lashing out at the state government, the court observed that the government could not act on mere assumption that the law and order situation might deteriorate owing to Muharram following the Vijaya Dashami.