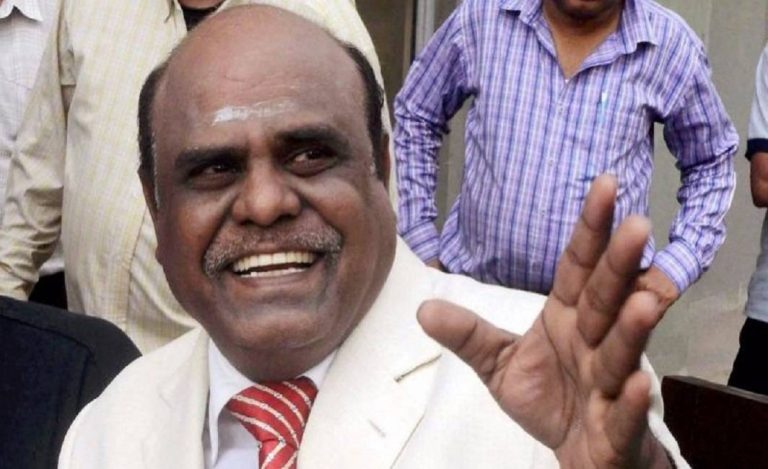 Justice C S Karnan, the first ever sitting judge to be sentenced to prison term who also had the dubious distinction of being the first judge of a high court to retire while on the run now has political ambitions.

He will be contesting the 2019 Lok Sabha elections from Chennai. A judge of the Madras and Calcutta High Courts, Karnan who retired in 2017 floated his own party called the ‘Anti Corruption Dynamic Party’ in May 2018 and filed his nomination for Chennai Central seat on Monday on that party’s ticket.

Karnan had dominated the news two years ago when the Supreme Court ordered that he be sent to jail. It was the first time ever that the apex court passed an arrest order against a sitting judge. Following that he had successfully evaded arrest though police from West Bengal and Tamil Nadu scoured the country looking for him. Ironically, while police were unable to arrest him, the maverick judge had during the same time approached every fora including the President through his lawyer for the stay of the entire contempt of court proceedings and the resultant order to jail him for, ostensibly, insulting and humiliating the Supreme Court.

Justice Karnan had, in his petition claimed that Contempt of Court was itself a relic of the Dark Ages and should not be applied against legal members of the High Court or other judges, who were not “subordinate” to the CJI. In his petitions, the maverick  judge—he had named several judges as corrupt in communication with both the CJI and the Prime Minister— asked for a complete reversal of Contempt procedure.

The then Chief Justice JS Khehar while rejecting his plea had said that it would send out a wrong signal to the public if the penalty ordered on the Contempt of Court notice served on Judge Karnan were treated mildly as compared to a ordinary citizen.