CBI continues to empanel Pipara & Co, despite raids and cases by Gujarat ACB 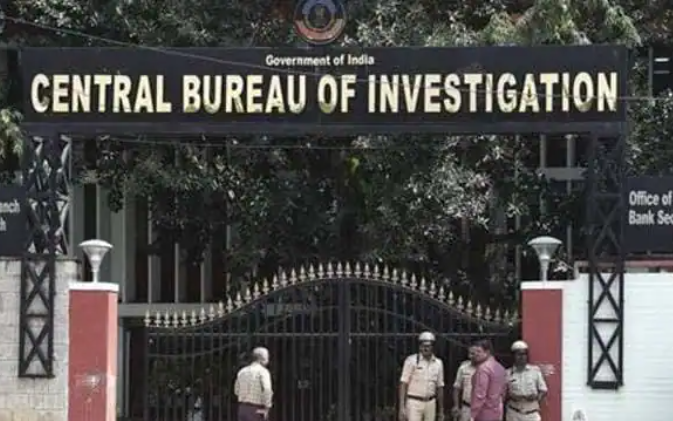 Even registration of 50 cases for fraud and discrepancies, raids and probe by the Gujarat Anti-Corruption Bureau could not stop the Central Bureau of Investigation (CBI) from empanelling an Ahmedabad-based firm called Pipara & Co LLP.

The Firm, appointed by the State Bank of India (SBI), has been empanelled by the CBI despite all the accusations surrounding it, thus raising questions on the honesty, professionalism and impartiality of the investigating agency, while also tarnishing its image.

SBI had reported fraud by the firm in auditing the CG Power. This is the company that led to a recent CBI investigation against its ex-chairman Gautam Thapar. This was audited by the firm in question and SBI had alleged that the audit led to a diversion of funds of at least Rs 2435 crore.

“SBI filed a complaint with CBI on May 28, 2021, alleging diversion of funds to the tune of Rs 2435 crore from CG Power, based on the report of the forensic auditor.

“An FIR was registered by CBI, levelling criminal charges against Thapar and other directors and former employees of CG Power on June 22, 2021,” a leading daily said in July last year.

Pipara & Co is apparently a four-decade-old firm, empanelled as a forensic auditor with various banks.

The firm is also empanelled with the Indian Bank’s Association (IBA), the Serious Fraud Investigation Office (SFIO), and the Economic Offences Wing (EoW ).

The work of the firm largely revolves around solving complex financial transactions by uncovering the frauds.

The firm is also in the elite league of Public Company Accounting Oversight Board, US (PCAOB).

PCAOB is a body of registered public accounting firms from the US and overseas, formed under the Securities Exchange Commission (SEC) and has about 1700 empanelled members worldwide, of which less than 25 are from India, including Pipara & Co LLP.

When SEBI had released a press note in October, 2018 on-boarding firms for Forensic Audit, little did the markets anticipated having names beyond the Big 4.

Amongst that prestigious panel was Pipara & Co LLP, which is now enrolled with the Indian Bankers Association (IBA), CBI, Serious Fraud Investigation Office (SFIO) and NHB, with a mission to uncover the lid on possible serious frauds.

However, this is not the first time that Pipara has faced probe related to financial irregularities. It was earlier also grilled by the Gujarat Anti-Corruption Bureau (GACB), after two of its employees had reportedly given a fraudulent audit report pertaining to the Gujarat Land Development Corporation.

The accused were identified as CAs Mitesh Trivedi and Bhaumik Gandhi, working with Pipara and Co accountancy firm. They were arrested for their alleged involvement in discrepancies, while carrying out auditing work for the GLDC in Dharampur of Valsad in 2017 and 2018.

While the firm maintained that since only two employees were involved in discrepancy, fingers cannot be raised at the whole firm, the GACB had said that it had registered 50 offences against the firm.

Pipara has always asserted that actions against them by the ACB were ‘ill-motivated’.

However, the GACB has said that over 50 cases were lodged against Pipara company for fraud and discrepancies and 23 offenses alone were committed by the two arrested auditors. Yet, with all this in their name, CBI empanelled the firm.