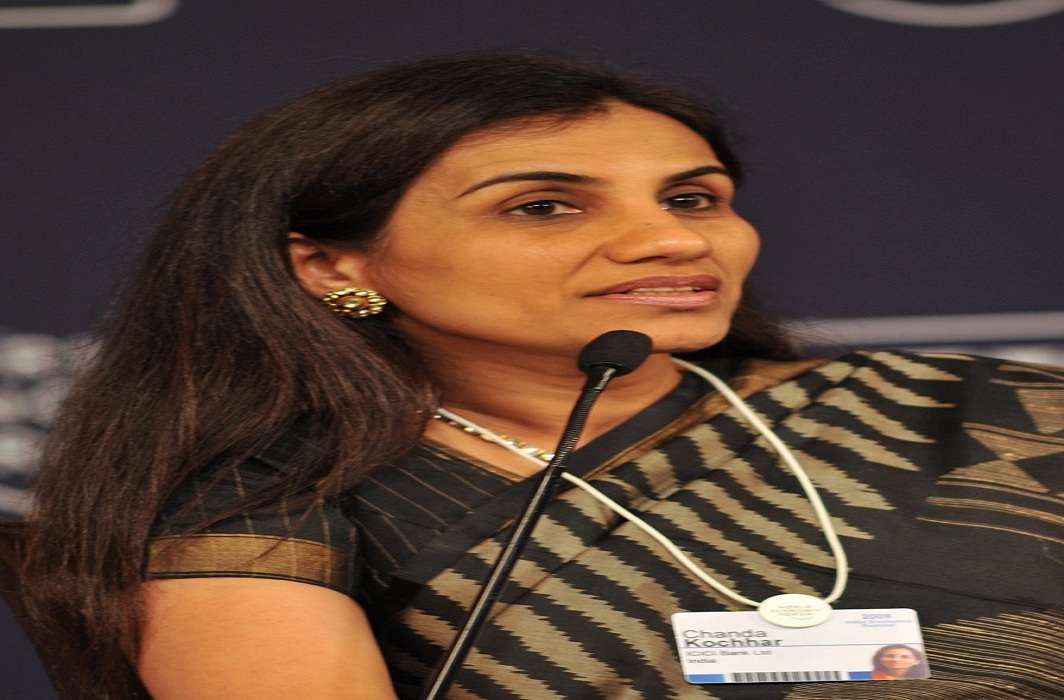 On Thursday, the Central Bureau of Investigation  had register an FIR against Chanda Kochhar and his husband Deepak Kochhar and companies, Videocon group MD Venugopal Dhoot and  the groups companies in connection with the Rs 3,250 crore ICICI Bank-Videocon loan.

The charges were that Videocon promoter Dhoot allegedly invested crores of rupees in Deepak Kochar’s companies after the Videocon group got Rs 3,250 crore as loan from the Chandra Kochar headed ICICI bank in 2012. Details of the FIR say Dhoot transferred Rs 64 crore to NuPower Renewable managed by Deepak Kochhar on August 9, 2009, a day after  the loan was disbursed to a Videocon group company. Chanda Kochhar was a member of the panel which sanctioned that loan. On the face of it – and that’s the clear conclusion drawn by CBI – it appears to be a case of quid pro quo.

Breaking down its case against them, CBI details the modus operandi and charges them with offences punishable under Section 120B (conspiracy) and 420 (cheating) of IPC, section 7 (taking gratification) and 13(2) (criminal misconduct) read with 13(1)(d) (pecuniary advantage) of the Prevention of Corruption Act. It makes it very ckear that Chandra Kochar inm cahoiots with Dhoot to benefit her husband how these  various loans became NPAs for the bank.

The original Preliminary Enquiry  in December 2017 was registered on the allegations that ICICI Bank Ltd sanctioned credit facilities of about Rs 3,250 crores to companies owned by Videocon Group promoted by Venugopal Dhoot. The officials of ICICI Bank Ltd. sanctioned credit facilities to these companies in violation of the Banking Regulation Act, RBI Guidelines and Credit Policy of the bank. It was also alleged that as a part of the quid-pro-quo, Dhoot made an investment of Rs 64 crore in Nupower Renewables Ltd (NRL) through Supreme Energy Pvt Ltd (SEPL) and also transferred  funds to Deepak Kochhar through a circuitous route between 2010 to 2012.

The PE report “That during June-2009 to October-2011, ICICI Bank had sanctioned six high value loans to various Videocon Group companies. On August 26, 2009, RTL of Rs 300 crore was sanctioned to Videocon International Electronics Ltd. (VIEL) in contravention of the rules and policy by the sanctioning committee. Chanda Kochhar was one of the members of the sanctioning committee, who in a criminal conspiracy to cheat ICICI Bank and in pursuance of criminal conspiracy on August 26, 2009, dishonestly by abusing her official position sanctioned this loan in favour of VIEL.

“It is further revealed that on September 7, 2009, this loan was disbursed to VIEL. On the very next day i.e. on September 8, 2009, Dhoot transferred an amount of Rs 64 crore to NRL managed by Deepak Kochhar husband of Chanda Kochhar from Videocon Industries Ltd. (VIL) through his company SEPL. This was the first major capital received by NRL to acquire its first power plant. Thus, Chanda Kochhar got illegal gratification and undue benefit through her husband from VIL Dhoot for sanctioning RTL of Rs 300 crore to VIEL.

That NRL was incorporated on December 24, 2008 and Deepak Kochhar, Dhoot and Saurabh Dhoot were the first directors of the company. Further, V.N. Dhoot and Saurabh Dhoot had resigned from the directorship of this company with effect from January 15, 2009. However, before resigning from the directorship, V N Dhoot allotted 19,97,500 warrants to Deepak Kochhar at the rate of Rs 101 per warrant, on an initial payment of Rs 11 per warrants. On June 5, 2009, the shares of NRL held by V.N. Dhoot (24,996) and Deepak Kochhar group (Pacific Capital Services Pvt Ltd – 24,999) was transferred to SEPL, which became 95 per cent shareholder of NRL.

That Supreme Energy Pvt. Ltd. (SEPL) was incorporated on July 3, 2008. V.N. Dhoot (9,990 shares) and his associate Vasant Kakade (10 shares) were the first Directors. Dhoot resigned from directorship of SEPL on January 15, 2009 and subsequently, transferred the control of the said company to Deepak Kochhar by selling, transferring his shares to Pinnacle Energy Trust (PET) managed by Deepak Kochhar.

Loans sanctioned to SAL, TEL and AIL were for the purpose of enabling them to repay the unsecured loan availed by these companies from VIL. Further, a loan was also sanctioned to VIL for refinancing the existing loans of the company.

These loans were sanctioned in violation of the Credit Policy of the bank during the relevant period. These loans amounting to Rs 1,575 crore were sanctioned on various dates by various committees having senior officials of ICICI Bank as members namely Sandeep Bakshi, K. Ramkumar, Sonjoy Chatterjee, N S Kannan, Zarin Daruwala, Rajiv Sabharwal, K V Kamath and Homi Khusrokhan.

These loans have turned NPA resulting in wrongful loss to ICICI Bank and wrongful gain to the borrowers and accused persons. The role of these senior officers of the sanctioning committee may also be investigated. ICICI Bank had also released the security available in the form of FDR of Rs 50 crore in the accounts of Sky Appliances Ltd, Techno Electronics Ltd without any justification.

That it is pertinent to mention here that on May 1, 2009, Chanda Kochhar took over the charge of ICICI Bank as Managing Director and Chief Executive Officer (MD & CEO). The aforesaid credit limits to the above said Videocon group companies were sanctioned after she took over the charge of the bank as MD and CEO. These loans were sanctioned by the different Sanctioning Committees. Chanda Kochhar was one of the committee members which had sanctioned RTL of Rs 300 crore to VIEL and Rs 750 crore to VIL.

That on April 26, 2012, the existing outstanding of the six accounts were adjusted in RTL of Rs 1,730 crore sanctioned under refinance of domestic debt. The account of VIL and its group companies were declared NPA with effect from June 30, 2017.