BJP had earlier accused that Abhishek also received kickbacks through party's youth leader Vinay Mishra who was appointed by Abhishek. 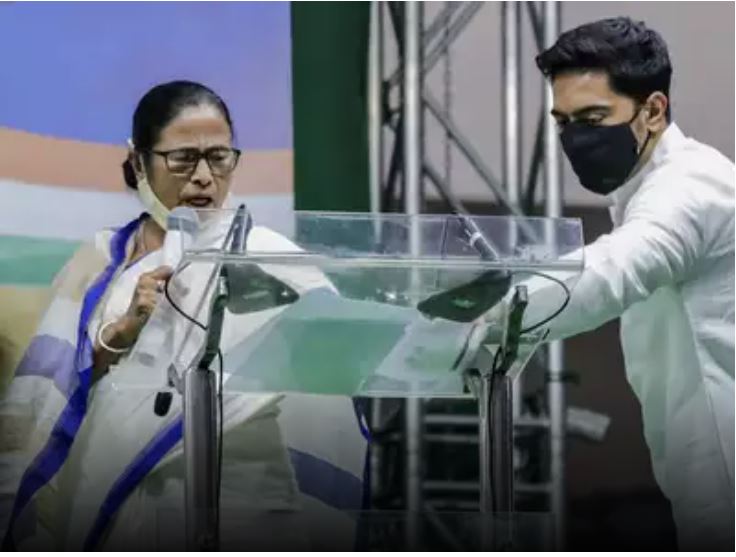 This development comes two days after the Bengal court issued summons to Amit Shah to appear either personally or through a lawyer before it on February 22. The defamation case pertains to Amit Shah’s statements against Abhishek Banerjee at a rally in Kolkata on August 11, 2018.

This is for the first time that the CBI has landed at Banerjee’s residence in the coal smuggling case in which the probe agency conducted multiple raids at several locations across Bengal recently. On Friday, the CBI had raided at 13 locations in four districts- Purulia, Bankura, Paschim Bardhaman and Kolkata of West Bengal in connection with coal scam case.

In November 2020, the CBI had filed a case to probe alleged illegal mining and theft of coal from Kunustoria and Kajoria coal fields of Eastern Coalfield Limited. The CBI had registered an FIR against Manjhi alias Lala, Eastern Coalfield Ltd general manager Amit Kumar Dhar and Jayesh Chandra Rai besides ECL Chief of Security Tanmay Das, Area Security Inspector, Kunustoria Dhananjay Rai and SSI and security in-charge Kajor area Debashish Mukherjee. It is alleged that Manjhi is involved in illegal mining and theft of coal from leasehold mines of ECL in Kunustoria and Kajora areas.

Ahead of the upcoming Assembly elections in the state, the BJP leaders including Amit Shah are accusing Mamata Banerjee for dynasty politics and preferential treatment towards her nephew Abhishek. Earlier this week, Mamata Banerjee had challenged Amit Shah to beat her nephew Abhishek Banerjee in the upcoming assembly elections as the two fought over allegations of dynasty politics.

This is not the first time Abhishek’s wife got embroiled in a controversy. In 2019, Rujira had been held at the Netaji Subhash Chandra Bose International Airport for carrying gold without a declaration.