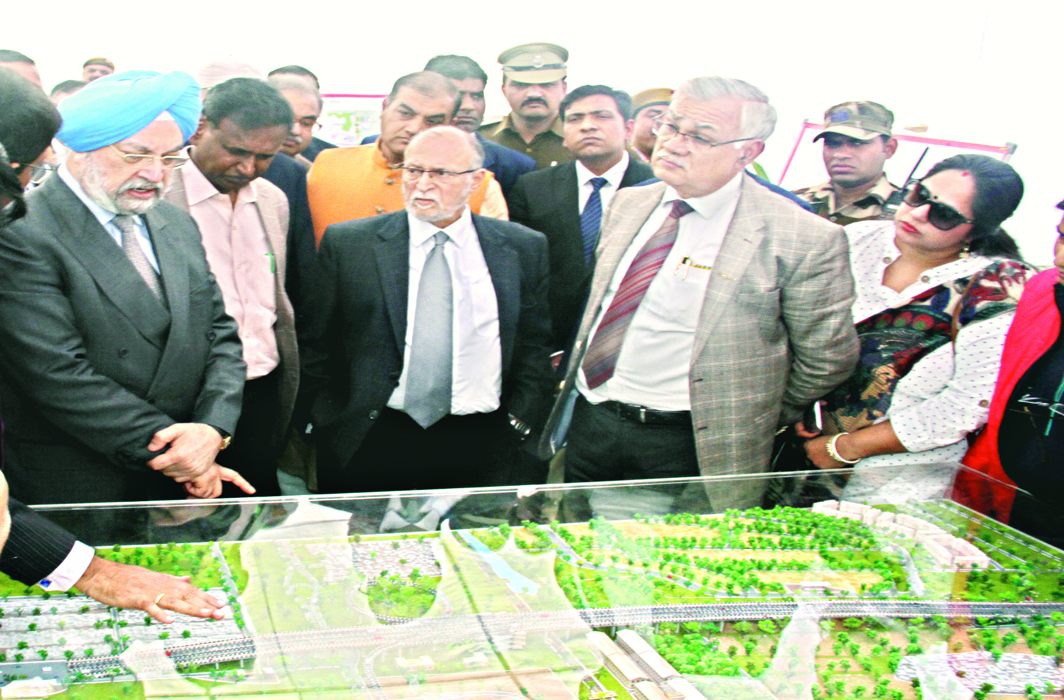 Union minister for housing and urban affairs, Hardeep Puri, says no more trees would be cut for redevelopment of south Delhi localities, orders change of plans

No trees would be cut in the process of redevelopment of seven colonies in South Delhi, Union Minister Hardeep Singh Puri has said while assuring Delhiites that the national capital’s green cover would not be “damaged” but all necessary steps will be taken to enhance it.

The housing and urban affairs minister said the agencies — the NBCC and the CPWD — entrusted with executing the redevelopment project have been asked to rework and redesign the plans to felling of over 14000 trees – a proposal, now hastily aborted, that had forced citizens in South Delhi colonies to come out on the streets to protest against.

However, some trees may be “transplanted” at some other location and the NBCC has floated an Expression of Interest for the acquisition of tree re-location/transplantation equipment and for engaging services of trained professional entities in this respect, a government statement released on Thursday (June 28) said.

Additionally, Puri took to Twitter to say: “I have always maintained that the green cover in Delhi will not be damaged and steps will be taken to enhance it even further. As stated earlier, no trees will henceforth be cut in the process of redevelopment of Delhi colonies.”

“I chaired a meeting of all stakeholders where NBCC/CPWD have been asked to rework and redesign the plans. We will also go ahead with compensatory plan of planting 1 million trees within the next 3 months. Citizen groups will be invited to suggest locations for transplantation,” Puri said in another tweet.

Amid a blame game over environment nod for the project, Puri said all the permissions were earlier granted by the Forest Department of the Aam Aadmi Party-led Delhi government on the recommendation of Delhi Environment Minister Imran Hussain.

“I have now asked agencies concerned (CPWD and NBCC) to rework plans. I hope the Delhi government will now follow this example in all future plans,” he added.

The Congress party has slammed the AAP government in Delhi and the BJP-led central government for the proposed tree-cutting plans with party president Rahul Gandhi exhorting Delhiites to “fight this madness”.

The central government had announced that it would be cutting over 14,000 trees for building over 25,000 flats for government employees in seven colonies of south Delhi. The proposal attracted heavy criticism from green activists, politicians and citizens.

Speaking to reporters after the meeting convened by Puri, urban affairs secretary DS Mishra said, “It was decided that no big tree will be cut. Small trees will be transplanted and more than a million trees planted by different agencies during this monsoon.” Mishra admitted that the decision to shelve the controversial proposal had been taken in view of public concerns and anger. The Centre has also said that the new trees that will be planted will range from 8-12 feet height and that the NBCC will be responsible for planting 25,000 trees, the CPWD for 50,000 trees while the DDA and DMRC will plant 10 lakh and 20,000 trees respectively.

“The planting of trees will be completed in the next three months during the monsoon season and the trees will comprise fruit-bearing, flowering and other green trees,” the government’s statement added.

Meanwhile, Baijal has been advised by the union urban affairs minister to set up a group of experts and concerned citizens to interact on environmental issues and for specific further actions to be taken in respect of these colonies.

Responding to questions on the redevelopment projects were an example of how plans are made without involving people and stakeholders, Mishra said, “All these colonies are on government land and since there is no private land involved, people’s participation was perhaps not felt.” The Centre has predictably sought to deflect the blame on the Arvind Kejriwal-led AAP government by asserting that environmental and related clearances for the felling of trees are given on the recommendations of the forest department of the Delhi government and specific recommendation of the minister concerned.

The Centre’s decision to dilute the proposal for cutting of the trees came days after the Delhi High Court ordered that no felling of tress would be carried out in the South Delhi localities before the next date of hearing on a public interest litigation (PIL) that had sought annulment of the terms of reference (ToR) and environment clearances (EC) granted for the re-development of the colonies. The Centre had then argued before the Delhi High Court bench of Justices Vinod Goel and Rekha Palli that the National Green Tribunal (NGT) had granted approval for felling of the trees. The Delhi High Court had ordered that further arguments in the matter should be continued before the NGT on the next date of hearing in the matter now scheduled for July 4. However, with the Centre now clarifying that no more trees would be cut, it remains to be seen whether the petition in the NGT would now be rendered infructuous.