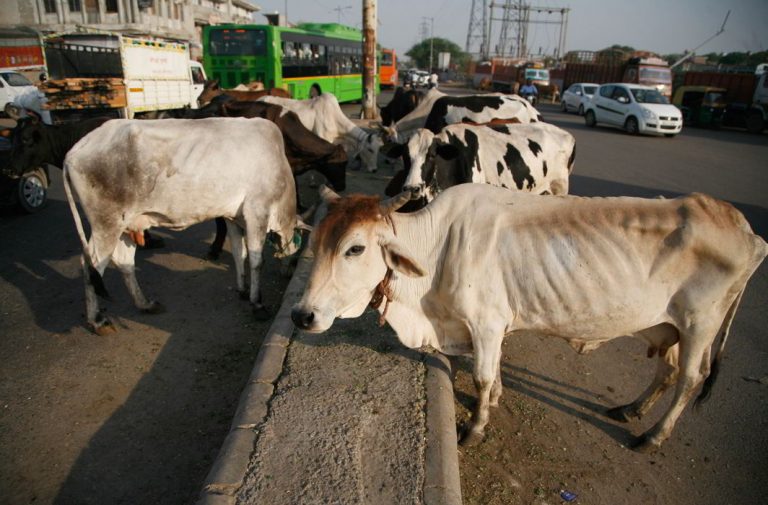 The Narendra Modi government is having a rethink on the ban it imposed on sale and purchase of cattle for slaughter following feedback from states, said media reports on Thursday.

Environment ministry officials said that they have written to the Ministry of Law about their decision to withdraw the controversial notification “due to several issues” and they would be “revising” it, according to the Indian Express.

“We sent a file to the Ministry of Law earlier this week, stating that we are withdrawing the notification due to several issues and will be revising it,” media reports quoting the official said, adding that a time-frame for the process has not yet been decided.

The Ministry of Environment, Forests and Climate Change (MoEFCC), on May 23 this year, had notified changes to the Prevention of Cruelty to Animals (Regulation of Livestock Markets) Rules, 2017, defining ‘cattle’ to include “a bovine animal including bulls, cows, buffalos, steers, heifers and calves and includes camels.”

The restrictions were met with protests and attacked as a blow to animal husbandry, dairy farming, leather production and beef export. States like Kerala and West Bengal said it was a sly encroachment on their jurisdiction as it was a subject that fell in their domain. It was also denounced as intended to target Muslims, a charge that gained strength from a spate of attacks on Muslims transporting cattle by hordes of self-styled ‘Gau rakshaks’ (cow vigilantes) who came up virtually overnight – notably, only in states where BJP has a strong presence.

It specifically mentioned: The purchaser of the cattle shall –

(i) not sell the animal for purpose of slaughter;

(iii) not sacrifice the animal for any religious purpose;

(iv) not sell the cattle to a person outside the State without the permission as per the State cattle protection or preservation laws;

The notification had defined cattle as a bovine animal “including bulls, bullocks, cows, buffalos, steers, heifers and calves as well as camels.

Farmers opposed the move to restrict trade in markets only to animals meant for agricultural use, saying they cannot directly access slaughterhouses. Farmers normally bring their redundant animals to livestock markets from where traders purchase and transport the cattle to abattoirs. After the ban, unable to sell or transport the animals that were no longer of any use, farmers began to simply abandoned the cattle.

The ban also led to a dramatic rise in numbers of stray cattle and posed a threat to standing crops in fields where farmers were forced to keep vigil against them. Stray cattle also caused several road accidents.

Soon after the ban, in May-end, the Madurai bench of the Madras High Court stayed the cattle slaughter rules and asked the state and central government to reply to a PIL petition filed before it. The notification was challenged on the ground that it violated the basic right of an individual in relation to his or her choice of food. In June, it extended the stay by four more weeks.

In July, the Supreme Court extended the stay to the entire country.

The first hint of a rethink on the ban came in September from environment minister Harsh Vardhan. He had said the rules were a “regulatory regime” for preventing cruelty to animals and the government “did not intend to directly or indirectly affect slaughterhouses or harm farmers” or “influence the food habits of people”.

The states were then consulted on the notification. The India Express said the ministry also consulted animal rights activists and traders on the issue. The Ministry had sent two sets of letters to states, the first one soon after the Supreme Court stayed the ban, seeking their response. It had attached a copy of the notification, saying that a new draft would be framed based on the feedback received from them.

Meanwhile, amid the opposition from other quarters, the RSS and its affiliates came out strongly in favour of the government’s step, with RSS chief Mohan Bhagwat himself hailing the move and even supporting ‘Gau rakshaks’.

It remains to be seen how the government would proceed hence.