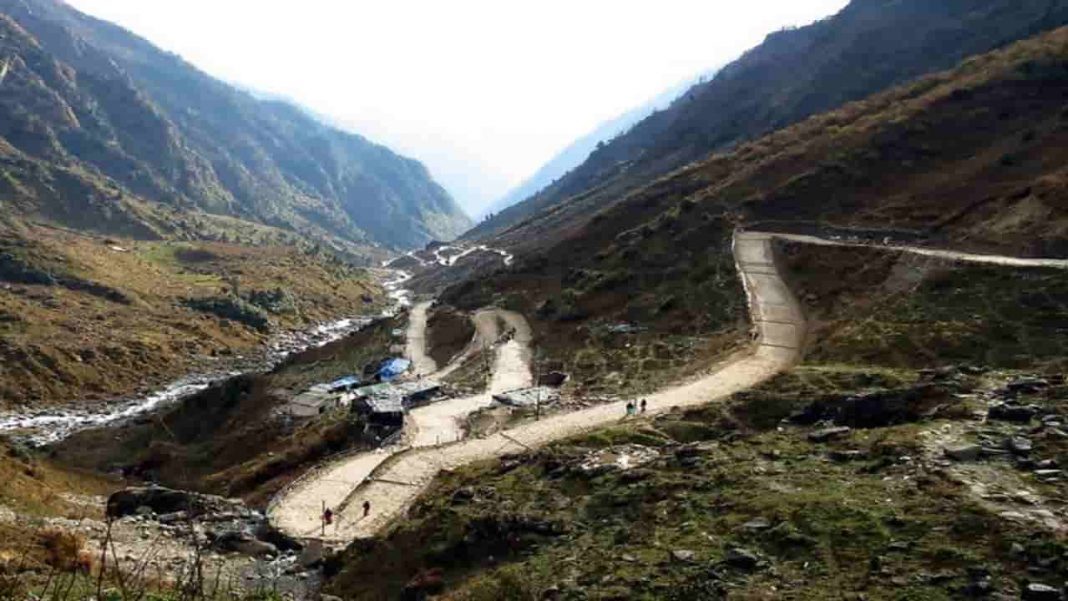 In the matter of increasing the road width for the Char Dham Project, the Supreme Court on Wednesday asked the High Powered Committee to consider the application of the Ministry of Defence and the Ministry of Road Transport in two weeks. The ministries had sought permission for the widening of the road in border areas and the completion of the Char Dham road project with the originally specified width.

The Supreme Court said that the committee will file a report in this regard in the Court.

Earlier in September, the Supreme Court had asked the Central government to follow the 2018 notification of the Ministry of Road Transport and Highways for construction of Char Dham National Highway. According to the 2018 notification, the carriageway would be adopted in the middle of 5.5-metre tarred surface in the hilly areas but the Centre had sought SC permission to increase it to 7 metres as the area was adjacent to the Chinese border.

The court refused, saying that the government cannot violate its own circular. The Supreme Court has also directed the government to plant trees to compensate for the loss of forest area due to the construction of the Char Dham project.

The purpose of the Char Dham project is to connect the four holy sites of Yamunotri, Gangotri, Kedarnath and Badrinath in an all-weather project. After the completion of this project, the Char Dham yatra can be done in every season. A 900-km long road project is being constructed under this project. So far, 400 km of road has been widened.

According to an estimate, 25,000 trees have been harvested so far. The NGO Citizens for Green Doon filed a petition in the Supreme Court following the order of September 26, 2018 by the National Green Tribunal. The NGO claimed this project would not be able to compensate the damage caused to the ecology of the region.The NGT approved the project in view of wider public interest.