The special CBI court in Lucknow framed charges against BJP stalwarts LK Advani, MM Joshi, Union minister Uma Bharti and a host of other Hindutva leaders. However, as of now, all accused were granted bail on personal bail bonds of Rs 50,000 each.

So what are the charges framed?

A) Primary charge, under IPC Section 120B(punishment of criminal conspiracy).

B) Along with 120B, also to be read: 153 A(Promoting enmity between different groups on grounds of religion, race, place of birth, residence, language, etc., and doing acts prejudicial to maintenance of harmony), 153B (Imputations, assertions prejudicial to national-integration), 295(Injuring or defiling place of worship with intent to insult the religion of any class), 295 A (Deliberate and malicious acts, intended to outrage religious feelings of any class by insulting its religion or religious beliefs) and 505 (Whoever makes, publishes or circulates any statement, rumour or report… with intent to incite, or which is likely to incite, any class or community of persons to commit any offence against any other class or community and more).Framed against: Ram Vilas Vedanti, Vaikunth Lal Sharma aka Prem, Champath Rai Bansal, Mahant Nritya Gopal Das, Dharam Das, Satish Pradhan.

WHAT IS CRIMINAL CONSPIRACY?

120B. Punishment of criminal conspiracy:

(1) Whoever is a party to a criminal conspiracy to commit an offence punishable with death, [imprisonment for life] or rigorous imprisonment for a term of two years or upwards, shall, where no express provision is made in this Code for the punishment of such a conspiracy, be punished in the same manner as if he had abetted such offence. 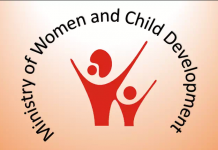 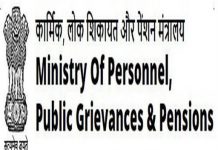