The Prime Minister’s aides are trying to squeeze as much as possible out of Narendra Modi’s hectic 24-hour trip to Davos to attend the World Economic Forum’s annual meeting. The maximum effort is being spent on trying to squeeze in a one on one with US President Donald Trump who arrives barely hours before Modi’s scheduled departure from Davos on January 23. The PM arrives on the 22nd evening and will host a dinner for 100 carefully selected CEOs of transnational companies. He addresses the inaugural plenary session at 11 am the next day after which he has a meeting with the president of the Swiss Confederation. Trump’s tentative programme means he arrives in Davos on the 23rd, and despite frantic efforts from the Indian side, a meeting seems unlikely since Modi leaves a few hours later—he has to be back in Delhi to host an informal summit of ASEAN leaders on January 25.

The BJP’s high-pitched criticism of Rahul Gandhi’s remarks at his meeting with NRIs in Bahrain when he was bitingly critical of the Modi government suggests that they are worried by the Congress president’s outreach. The fact is that Modi himself has mocked the previous government for corruption during his US visits so it’s merely a case of tit for tat, but the sharp reaction by BJP union ministers tells another story. NRIs are seen as Modi’s strongest backers and the BJP’s overseas affiliates are a key source of party funds, and lobbying with foreign governments and media and corporate entities. The centre’s haste in pushing a bill to allow proxy voting by NRIs is another sign of their importance to the party. Rahul’s outreach to overseas Indians, being coordinated by tech entrepreneur Sam Pitroda, could make a dent in that constituency— RG’s interaction with students and techies in the US was quite a success and his overseas outreach will continue, which is why the BJP is worried.

The Unique Identification Authority of India (UIDAI) may be going overboard in its efforts to claim that there has been no breach of security following the sensational sting by a Tribune reporter, but its knee-jerk reaction exposes the cover-up. There are around 5,000 officers, some private technical experts but mostly official administrators, across the country with access to the Aadhaar platform, mainly to allow them to update and make changes to personal details of individual Aadhaar card holders. These officers are posted in Delhi as well as in each state. Following the sting, UIDAI has blocked their access, a sure sign that there was a breach and that too by someone with administrative-level access to the UIDAI portal.

In 1986, protesting against the Rajiv Gandhi government’s Muslim Women (Protection of Rights on Divorce) Act, Arif Mohammed Khan—then a union minister and confidant of the PM—resigned from the Congress party. He was slowly pushed into the wilderness, losing three consecutive elections from his Bahraich constituency. Khan’s political credibility swiftly eroded. Now, over 30 years after the Shah Bano verdict, Khan seems to be back in political reckoning. It was Khan who worked with the Union law ministry on the broad contours of the controversial Muslim Women (Protection of Rights on Marriage) Bill—popularly referred to as the anti-triple talaq bill—following a secret meeting between him and Narendra Modi at the PMO on October 6. It appears that Khan, who already shares an excellent rapport with RSS chief Mohan Bhagwat, has earned the trust of Modi. The corridors of the saffron fort are abuzz with speculation about Khan soon joining the BJP. An acclaimed Islamic scholar with an axe to grind with the Congress, Khan is the ideal Muslim “poster boy” that the BJP would want to flaunt before the 2019 polls. 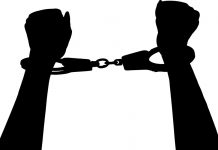