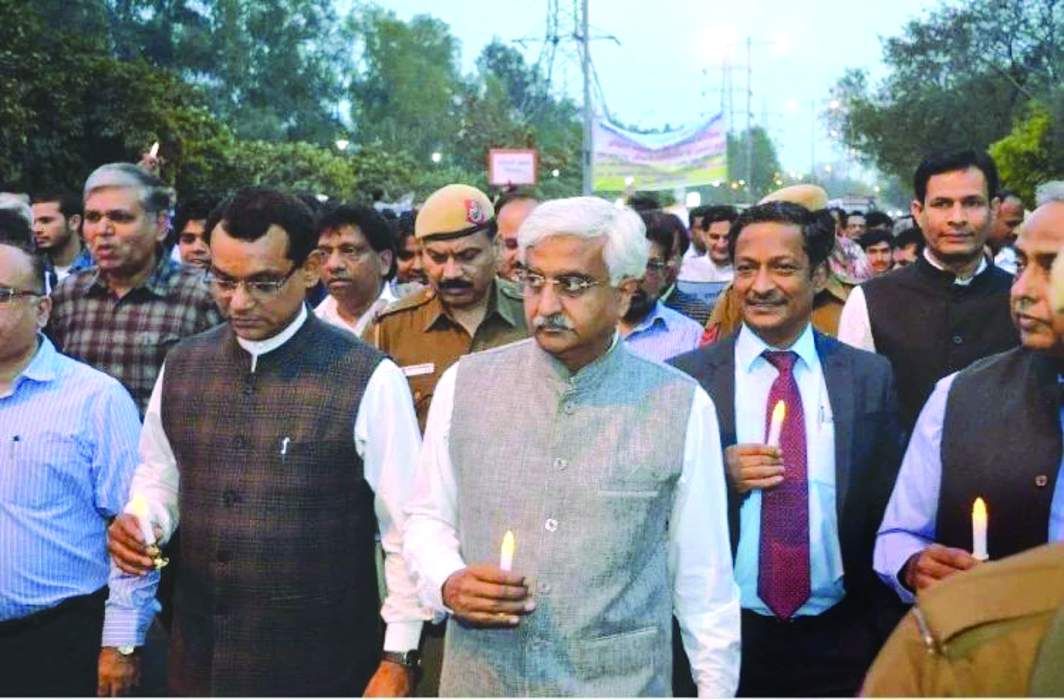 Bench asks committee to withdraw notice, since the matter is sub-judice

The Delhi High Court single-judge bench of Justice Rajiv Shakdher on Thursday (March 8) allowed Delhi Chief Secretary Anshu Prakash to not attend another meeting of the Questions and Reference Committee of the Delhi government.

The notice, addressed to, among others, Prakash, was about investigation into a bank fraud. The notice (see below) of March 6, sent by Mahendra Gupta, deputy secretary, says that the meeting was at 3pm on March 8.

Prakash, who was allegedly manhandled by AAP MLAs and is avoiding a confrontation with the same MLAs and Delhi Chief Minister Arvind Kejriwal, moved the court against this fresh notice.

During submissions earlier Prakash’s lawyer Vivek Chib had contended that they have got a stay from the single judge in the chief secretary’s main petition in which he has challenged the notice issued by the Assembly’s Privileges Committee.

On Thursday, petitioner’s counsel, Additional Solicitor General Sanjay Jain, said that “a bank loan cannot be an agenda. They are calling for the presence of the Chief Secretary. How can the Chief Secretary be part of a bank audit? This I sheer vendetta.”

The counsel for the respondents (the Privileges Committee) said they are guilty of concealment.

Committee of Privilege had issued a notice for consideration not for the decision.

The bench asked: “What is the urgency to call the meeting?”

The respondents’ counsel said that it was not a question of taking a step out of turn.

The bench said: “This was taken up earlier and the lawyer told us not to take any action while the matter is pending. Mr Hegde, counsel for government, had confirmed to the court that they will not be taking any action while the high court proceedings are pending. You must have the patience to wait for the outcome of the court. You should act accordingly and please advise your client, the Committee.

“Since these are high functionaries, they need to take a call. I don’t want to jump into anyone’s jurisdiction. The question before me is the “Chief Secretary”.

The respondents’ counsel said: “The timing may not be correct, but there is no malice. Either they come out with the facts… but we are not entitled to stop the proceedings of the committee.”

The bench said: “Whatever the committee has to do, it has to do according to law. As far as the Chief Secretary is concerned, please withdraw this notice.”

The respondents’ counsel said: “The office of the Chief Secretary must submit the relevant documents related to the bank fraud case. We don’t want him to come personally. Certainly, there will be some other officers who can come to answer these queries and the house must be apprised about it.

“In the eyes of general public we are answerable to them he should answer these questions in some way. Let this notice be there, they can send some other officials from the office to bring the documents.”

At this the respondents’ counsel said: “Nobody is cooperating.”

The ASG said that calling other officers is a separate issue.

The respondents’ counsel said: “I am working according the law.”

The bench said: “You need to work this out. Insofar as the Chief Secretary is concerned, you should withdraw this notice and do what you want to do. Since the matter is pending before the court, you should not take any action.

The bench thereafter ordered that the government should not insist on the presence of the Chief Secretary at the meeting. 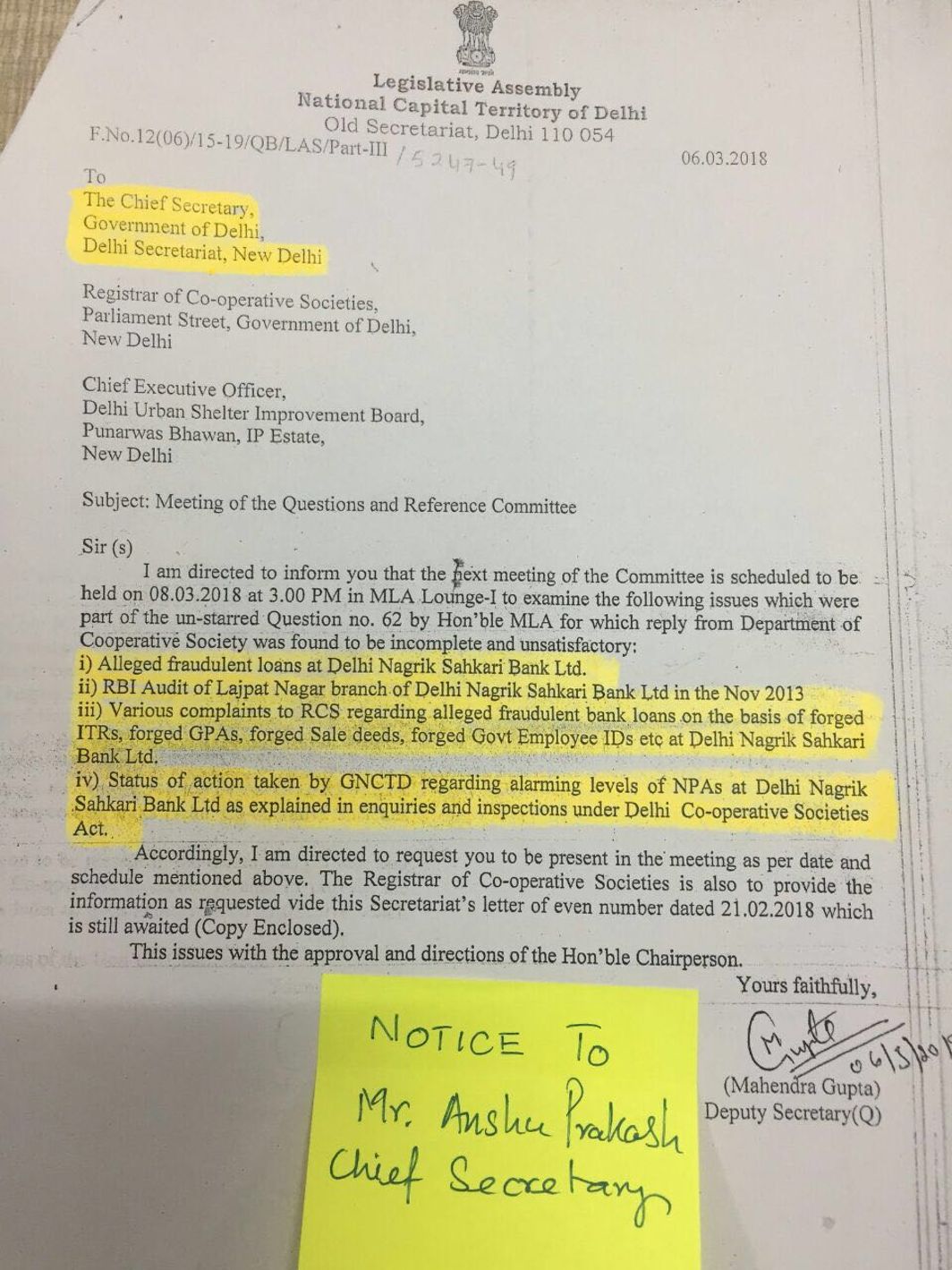