Home Top News of the Day news Chief Justice Ranjan Gogoi had a no stage, no speech farewell 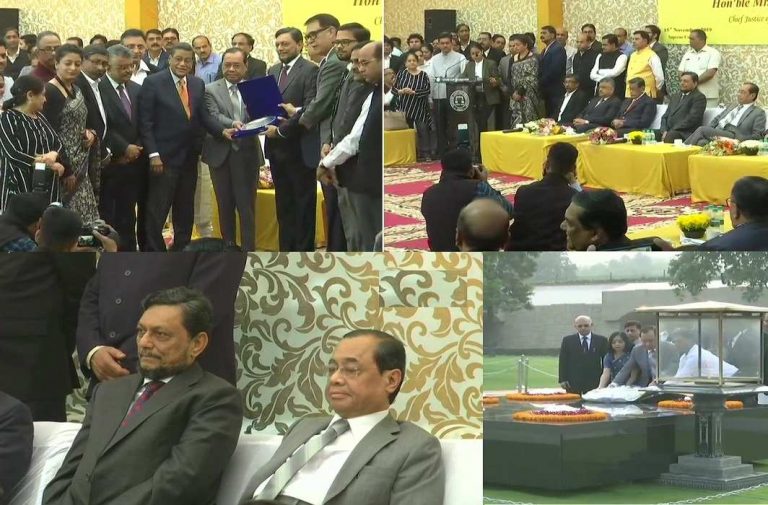 He may no longer be physically present in the Supreme Court, but a part of him will always be here, outgoing Chief Justice of India Ranjan Gogoi said during his farewell today at the Supreme Court lawns.

Chief Justice Gogoi retires on November 17 and today was his last working day.

Chief Justice Gogoi thanked the Supreme Court Bar Association (SCBA) and all his colleagues for their support during his tenure, and wished them well.

On the specific request of CJI Ranjan Gogoi, there was no stage at the function because he did not want any speeches to be delivered at his farewell by anyone.

The message on the behalf of Chief Justice of India was read by acting Hony. Secretary, Preeti Singh, which was as follows:

“Over a period of 40 years as a lawyer and as a judge, I have had the privilege to watch from close quarters the majesty of law. It also provided me an opportunity to contribute to the institution which I tried to serve to the best of my ability. I have tried to address the pressing issues on the justice delivery system and am confident that we will keep moving forward. Judges get benefitted by the inputs provided by the lawyers appearing before them in establishing the authority of law. The SCBA as for long stood as an indispensable pillar of the apex judicial institution and as the Bar association of the apex court the SCBA must also serve as an exemplar to other bar associations of the country. Although I won’t be a part of the extraordinary and much respected institution any longer but a part of me will always remain with it and will always wish the best for it.”

Rakesh Kumar Khanna, the President of SCBA, in his vote of thanks, wished the outgoing CJI “a happy, healthy and enjoyable life ahead.”

CJI Gogoi and CJI-designate SA Bobde were felicitated at the event organised by the SCBA.

Justice SA Bobde will assume office of the CJI on November 18, 2019.

Earlier in the day, CJI Gogoi issued notices in all the ten cases before him. He also paid his tribute to Mahatma Gandhi at Rajghat.

The outgoing CJI has declined any one-on-one press interview requests.