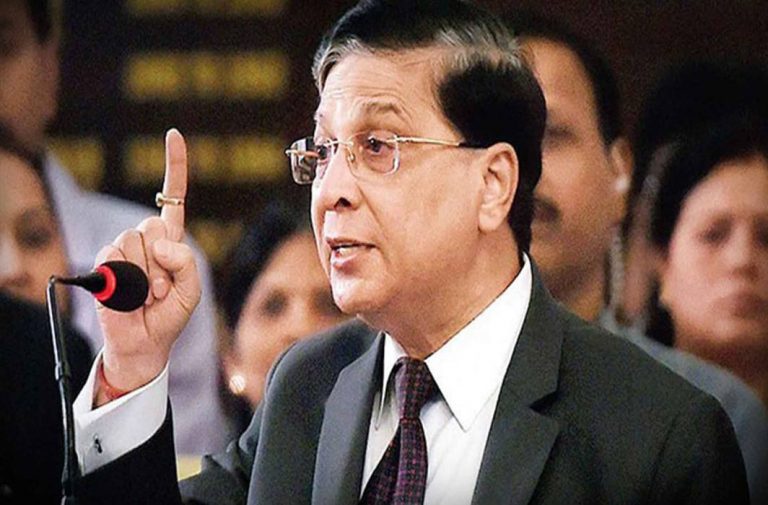 BJP leader Ajay Agarwal, who has appealed in the SC against the Delhi HC’s acquittal of Hinduja brothers in the Bofors scam case, alleges CJI is biased

Weeks after he came under attack from four of senior Supreme Court judges over his decisions of allocating cases to different benches, Chief Justice Dipak Misra, on Wednesday (January 31) faced severe criticism from BJP leader and advocate Ajay Agarwal.

Alleging that the Chief Justice was about to dismiss his plea that challenges the Delhi High Court’s acquittal of the Hinduja Brothers – Srichancd, Gopichand and Prakashchand – in the infamous Rs 64 crore Bofors ‘scam’ of 1986 in a “biased manner”, Agarwal filed a fresh plea before the Supreme Court, on Wednesday, and urged the ‘master of the roster’ to recuse himself from hearing the matter.

On January 16, as Agarwal’s petition challenging the acquittal of the Hinduja brothers came up for hearing, Chief Justice Misra had asked the BJP leader that when the CBI (which was investigating the Bofors scam) has not filed any appeal against the May 2005 verdict of the Delhi High Court, how was a private citizen (Agarwal) entitled to file an appeal.

“When the prosecutor has remained silent, why should we go into it…You are a third party and you have to satisfy us on this issue (maintainability of the plea),” the Chief Justice had told Agarwal.

The Bench had then asked the CBi what it intended to do in the case next and enquired if it wanted to file an appeal against the Delhi High Court’s verdict.

Curiously, Agarwal’s fresh plea comes at a time when the Attorney General KK Venugopal hasd reportedly urged the CBI to not file an appeal against the Delhi High Court’s verdict citing the 31 years that have passed since the alleged Bofors scam rocked the Rajiv Gandhi government and eventually led to its downfall.

Agarwal has also written to Venugopal urging him to direct the CBI to file a reply affidavit in his appeal against the 2005 verdict of the Delhi High Court. ““I have come to know that a wrong and motivated decision has been taken not to file any reply affidavit in the matter. I have to tell you very frankly that it is possible that some officers have connived with the accused persons and are bent upon to derail the case. It looks apparent that a decision has been taken at a junior level and is being ensured that the Bofors case collapses in Supreme Court. The officers responsible for this need to be identified and criminal proceedings be initiated against them who have connived with the accused persons to derail the matter,” Agarwal has said in his letter to Venugopal.