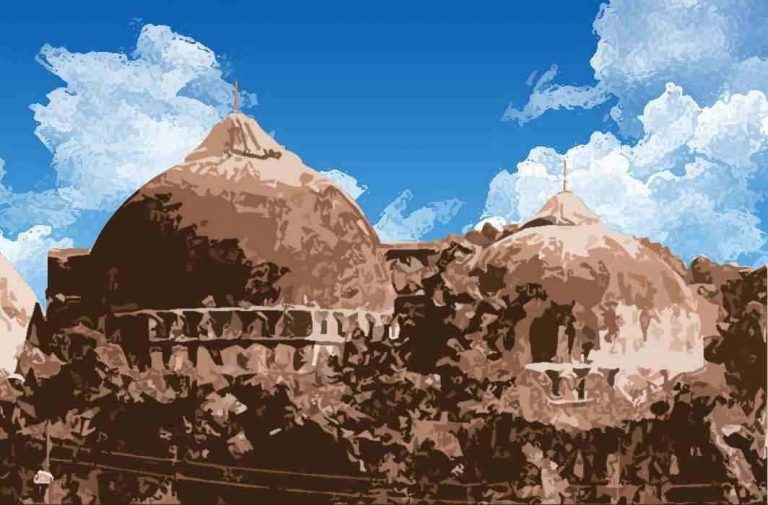 Supreme Court bench of Justices Rohinton F. Nariman and Surya Kant today referred a petition by K.N. Govindacharya, former BJP leader on live-streaming and audio-recording of the court developments of Ram Janmabhoomi-Babri Masjid dispute to a bench headed by the Chief Justice of India.

The petition K.N. Govindacharya v Secretary General submits that the country is interested in the ideological debate ongoing in the court and it is every citizen’s right to stay updated in the Ayodhya matter. The three-way land dispute has been in Supreme Court for over 9 years, after the Allahabad High Court in 2010 pronounced a verdict in favour of three-way division of the said land – 1/3 for the Sunni Waqf Board, 1/3 for Nirmohi Akhara and 1/3 to the party for ‘Ram Lalla’.

Govindacharya has based his plea on the September 2018 ruling in Centre for Accountability and Systemic Change where the apex court held that court proceedings can be live streamed; a year has gone by and there has been no implementation on the ruling.

The petition submits, “This case is a matter of national importance. There are crores of persons, including the petitioner, who want to witness proceedings before this court”

Govindacharya has said that Lord Ram has been kept in a makeshift tent for several years and the Hindus are desperate for an answer to the dispute.

The petition alternatively prays that if live-streaming and audio recording cannot be done, the apex court should at least prepare the transcripts of the proceedings for record. The transcripts can be released online later.