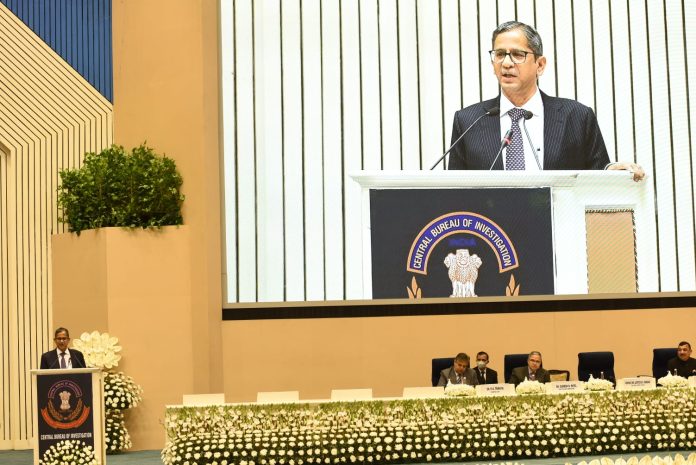 Chief Justice of India Justice N.V. Ramana said on Friday that India needs to have an independent, investigative institution under a comprehensive statute clearly defining its powers, functions and jurisdictions.

Delivering the 19th D.P. Kohli Memorial Lecture, Ramana said the umbrella organisation should have under it various agencies such as the Central Bureau of Investigation, the Serious Fraud Investigation Office, and the Enforcement Directorate among others.

The organisation should be headed by an independent and impartial authority decided by a committee, much like the panel which appoints the Director of the CBI. The head of the organisation can be assisted by deputies who are specialists in different domains, said Justice Ramana.

The creation of such an organisation which also lead to better legislative oversight.

Such an organisation will also end the multiplicity of proceedings, the CJI said. Right now, multiple agencies end up investigating a single incident. “(This) often leads to dilution of evidence, contradiction in depositions, prolonged incarceration of innocents. It will also save the institution from being blamed as a tool of harassment. Once an incident is reported, the organisation should decide as to which specialised wing should take up investigation,” suggested Justice Ramana.

The organisation should have the much-needed separation of prosecution and investigation functions to ensure total independence, he said.

Speaking on the travails faced by the police, the CJI said the police’s nexus with the political executive should be broken so that the police can strengthen democracy. The overdue police reforms, structural as well as modernising, will ensure the police to be democracy’s guardians.

The CJI drew attention to the fact that there is no comprehensive law for the police and the need of the hour is for lawmakers to come up with it and break the shackles of the colonial system.

CJI Ramana paid his tributes to D.P. Kohli, Dharamnath Prasad Kohli, the founding Director of the CBI. “He was an exemplary officer. Shri Kohli was renowned for his courage, conviction and remarkable efficiency. His vision turned CBI into the premier investigative agency of India. The tales of his un-impeachable integrity travelled far and wide.”

Read the full D.P. Kohli lecture of CJI Ramana below: