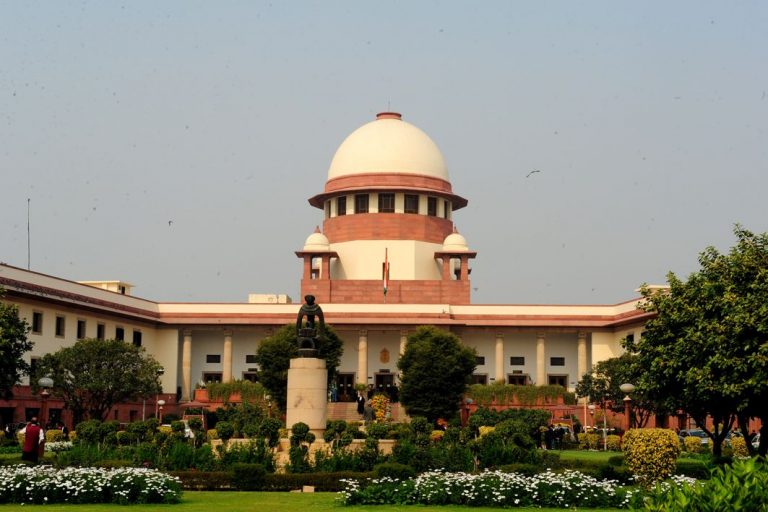 The decision of the Collegium comes at a time when there is uncertainty over whether or not the Centre will accept its earlier recommendation of appointing two judges to the Supreme Court.

The Collegium had last month unanimously recommended to the Centre to elevate Uttarakhand Chief Justice KM Joseph as judge of the apex court. It had also recommended the appointment of senior advocate Indu Malhotra as a Supreme Court judge; if the Centre accepts this recommendation then Malhotra would become the first ever woman lawyer to be elevated straight from the Bar to the Supreme Court bench. However, it is learnt that the Centre is reluctant to accept these recommendations, particularly the elevation of Justice Joseph, of the Collegium.

On Friday, the Collegium passed five resolutions recommending that the 37 additional judges in the high courts of Allahabad, Kerala, Gujarat, Rajasthan and Bombay be made permanent.

According to the Collegium’s resolution with regard to appointments at the Bombay High Court, additional judges Justices Prakash Deu Naik, Makarand Subhash Karnik, Swapna Sanjiv Joshi, Kishor Kalesh Sonawane, Sangitrao Shamrao Patil, and Nutan Dattaram Sardessai, have been recommended to be made permanent. They were appointed as additional judges of the High Court in March 2016.

Though not naming any particular judge from this list, the Collegium’s resolution states: “We have taken note of certain complaints making allegations against some of the above-named recommendees (of the Bombay High Court). We do not see any merit in the aforesaid complaints as the allegations made therein are false, frivolous or without any substance. In our considered view, the said complaints deserve to be ignored, particularly, in the light of positive material on record… the Collegium finds all the above-named Additional Judges suitable for being appointed as Permanent Judges.”

Similarly, the Collegium has recommended that all seven additional judges of the Gujarat High Court be made permanent. Justices RP Dholaria, Ashutosh J Shastri, Biren A Vaishnav, Alpesh Y Kogje, Arvindsingh I Supehia, and BN Karia figure in this list. Further, Justice KJ Thaker, an additional judge from the Gujarat High Court who had been transferred to the Allahabad High Court, has also been recommended to be made a permanent judge and will continue to serve in his current posting.

The Collegium’s resolution with regard to the additional judges of the Gujarat High Court states: “As per record, Dr. Justice K.J. Thaker (who hails from Gujarat High Court and at present is functioning, on transfer, in Allahabad High Court) and Mr. Justice R.P. Dholaria were initially appointed for a period of two years on 4th May, 2013 and their term as Additional Judges had to be extended for a period of one year w.e.f. 4th May, 2015 since at the relevant time permanent vacancies were not available to accommodate them. The record further shows that their term having been further extended for a period of two years is now due to expire on 3rd May, 2018.”

With specific reference to Justice KJ Thaker, the Collegium resolution says: “As regards Dr. Justice K.J. Thaker, the record shows that the Chief Justice of Allahabad High Court has forwarded statistics for the period of his tenure in that High Court and has stated inter alia that he has not received any written complaint against Dr. Justice K J Thaker either from the office bearers or members of the Bar Association.” It further adds: “We have taken note of certain complaint/s placed in the file by the Department of Justice as well as those received in the office of Chief Justice of India. Therein, allegations have been made against some of the above-named recommendees (from the Gujarat High Court). We do not see any merit in the aforesaid  complaints as the allegations made therein are found to be false, without any substance or are not supported by any reliable evidence/document. As they do not call for any action, in our considered view, the said complaints deserve to be ignored…”

From the Kerala High Court, the Collegium has decided to recommend that additional judges Justices Sathish Ninan, Devan Ramachandran, P Somarajan, V Shircy, and AM Babu be made permanent judges.

The maximum number of additional judges to be recommended for being made permanent – 10 – are from the Rajasthan High Court.

From the Rajasthan High Court, the Collegium has recommended that Justices Ganga Ram Moolchandani, Deepak Maheshwari, Vijay Kumar Vyas, Goverdhan Bardhar, Pankaj Bhandari, Dinesh Chandra Somani, Sanjeev Prakash Sharma, Dr. Pushpendra Singh Bhati, Dinesh Mehta, and Vinit Kumar Mathur be made permanent. The resolution noted that there were “certain complaints making allegations” against some of these judges too but that the Collegium did not see any merit in these complaints that the “complaints deserve to be ignored”.

Interestingly, while the Collegium of the Allahabad High Court, Uttar Pradesh Governor Ram Naik and Chief Minister Yogi Adityanath had collectively endorsed names of 10 additional judges of the Allahabad High Court to be made permanent, the Supreme Court Collegium has approved only the above mentioned nine judges while holding back the name of Justice Mr. Justice Virendra Kumar-II.

The Collegium’s resolution on the Allahabad High Court judges says: “Taking into consideration the material on record, the recommendation of the High Court Collegium, views of our consultee-colleagues and the report of the Judgment Evaluation Committee, the Collegium finds the above-named Additional Judges, except Mr. Justice Virendra Kumar-II, suitable for being appointed as Permanent Judges. We are of the view that the working of Mr. Justice Virendra Kumar-II as Additional Judge needs to be observed for some more time.”