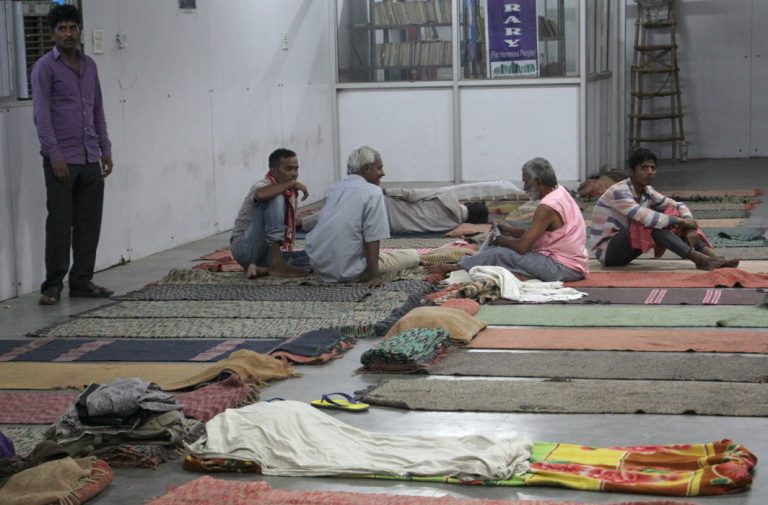 West Bengal needs 1050 shelters, have built only 6; say they cannot get land

More details of the humongous amount of money spent in building just a few shelters for roadside dwellers and the homeless have surfaced in the Supreme Court’s hearings on the PIL filed by advocate E R Kumar, pointing to gross disregard of state governments in treating the poorer sections of society.

The PIL is being heard by the Supreme Court bench of Justices Madan B Lokur and Deepak Gupta.

The PIL was filed by the advocate (practicing in the Supreme Court) with regard to the safety of roadside dwellers. The court had issued notice and the court had impleaded all the states in the PIL and directed the filing of status reports, stating therein the number of homeless persons, number of shelters provided at present, and further action which the governments of the states and Union Territories proposes to take to provide shelter to those who do not have the same even today.

The bench said: “After two years you are identifying the locations of the shelter homes. There is a huge mismatch. Let us know how many people are there and what is the situation of shelter homes. They were supposed to complete their work by November 13. Now what are they supposed to do?”

The ASG submitted that the survey would be complete by December. “And we will identify the sites.” He also said that there are 93 shelters and not more than 20 people in one shelter.

Bench asked for the facilities which is given in shelter homes and asked: “Are you making a dharamshala or what?”

ASG said: “We will clarify these things.”

Senior advocate Colin Gonsalves submitted that in PUCL matter in 2010, the ASG had submitted that the same affidavits were filed in this petition. “And I am surprised that at that time they told to the court that for 1 lakh people only one shelter home is there and after seven years the same condition is here. There is no change in affidavit and actual condition.”

The ASG said: “What we submitted in our affidavit, the roadmap, is not in the air. We are working on it and we will complete the survey in December 2017. There are 20 districts in Haryana and there is one shelter home for 1 lakh people. In Karnal we have four local bodies.”

Justice Gupta said: “You spent Rs 400 lakh for refurbishing 20 shelters and there are only seven shelter homes. Are you giving your money to dharamshalas?”

Justice Lokur said: “Did the Union government give money for that. It means you are spending the money in vain.”

Gonsalves submitted: “If they have to establish one shelter they need Rs 20 lakhs and it will help more than 50 people. A total of 30 crores needed in one year. Take it and start working on it. They have also submitted the roadmap.”

Justice Lokur said: “They have not submitted the roadmap.”

The ASG said: “Please give a date and we will file the roadmap and reply for all the possible questions.”

Gonsalves said: “It is a small amount of money. Kindly direct them to construct it.”

ASG Atmaram Nadkarni said that the design is on the website and “we will file it.”

The bench asked for the design for the shelter.

Gonsalves said: “They have filed the design. In which they have said 80 sq feet for one person. You submitted that there is one manager for one shelter home, one person for kitchen  where are they?”

The bench said: “What you have constructed as of now, your shelter homes, stink. There is no whitewash, no washrooms.

You don’t have money for the staff. What about those under construction?”

The counsel for UP submitted the photographs of running shelter homes.

The bench listed the matter after two weeks and directed the ASG to submit the roadmap and design of the shelters.

The counsel for West Bengal said: “We have made six shelters.”

Gonsalves said: “A total of 1,050 shelter homes required and they have made only six.”

The counsel for the state submitted: “We are late because of land. We are looking into it and then we will complete it.”

ASG Nandkarni said all states have made committees to look into this. We will file the complete details by tomorrow.

All connected matters will be taken up after two weeks.