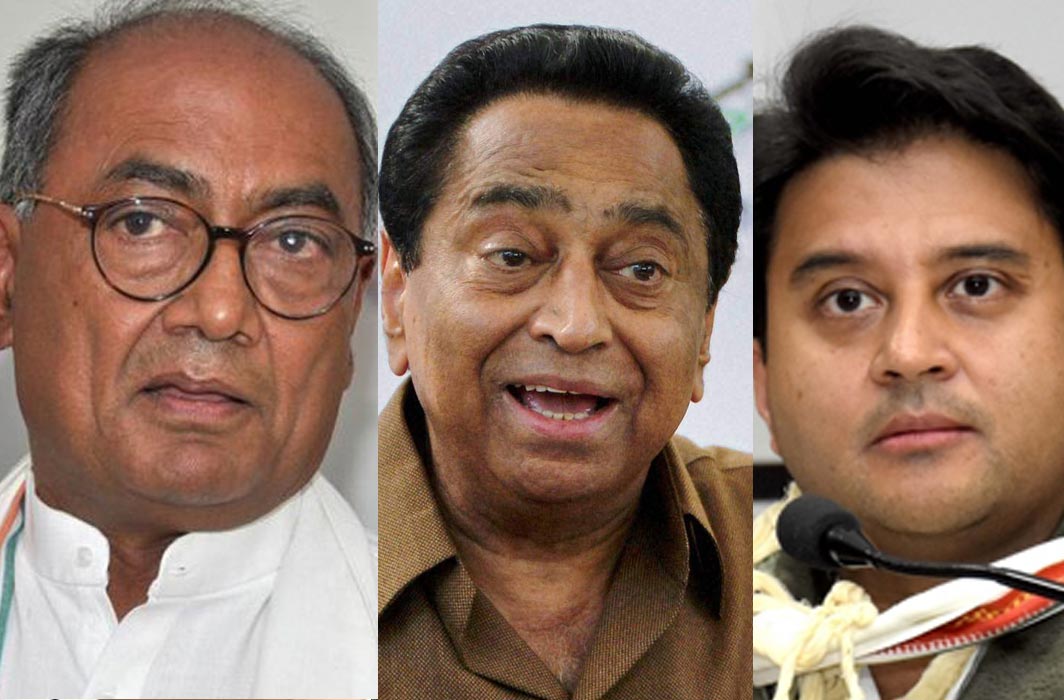 A Congress delegation led by the Madhya Pradesh party chief Kamal Nath met the state governor Anandiben Patel and staked claim to form the next government in Bhopal.

The delegation  that included former chief minister Digvijay Singh and party mp Jyotiraditya Scindia  met the governor at the Raj Bhavan around noon after they were invited by the governpr. With 114 MLAs, the Congress is just two short of a simple majority in the 230 membr house . Giving details of the meeting, Congress leader Narendra Saluja said, “We have met the Governor and staked claim to form the government, we have the support of 121 MLAs, the situation is clear. “

With Mayawati’s BSP and the Akhilesh Yadav-led Samajwadi Party supporting the Congress, Kamal Nath asked the Governor for permission to form the government in the state. Governor Anandiben Patel had called the Congress leaders to the Raj Bhawan at noon for talks after the party had sought an appointment with her on the issue of government formation in the state.

Meanwhile,  the Bahujan Samaj Party (BSP) chief Mayawati on Wednesday extended her party’s support to the Congress party and said even though BSP doesn’t agree with many of Congress’s policies, the party has agreed to support Congress in Madhya Pradesh and if need be in Rajasthan.

The BSP Chief said the results show that people in states like Chhattisgarh, Rajasthan and Madhya Pradesh were totally against the BJP and its anti-people policies and as a result chose Congress due to lack of other major alternatives. “To keep BJP out of power we have agreed to support Congress in Madhya Pradesh and if need be in Rajasthan, even though we don’t agree with many of their policies”, Mayawati added.