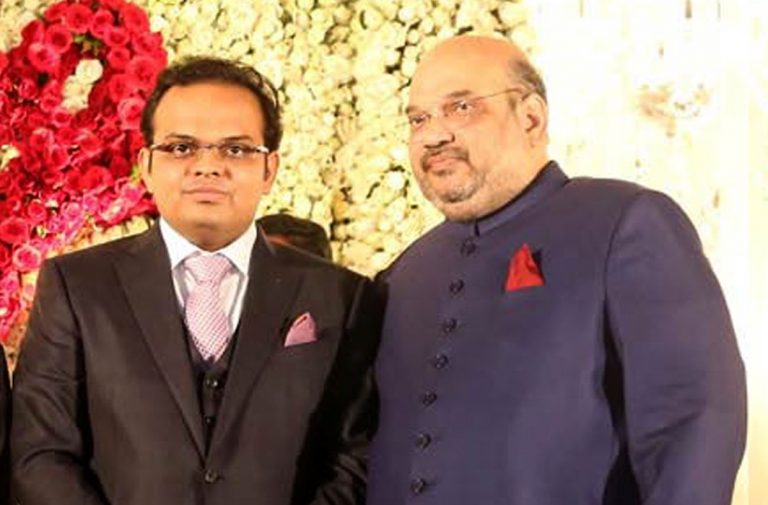 Above: Jay Shah with his father Amit Shah during his marriage reception (file picture). Photo: UNI

The Wire had published an article about business dealings of Jay Amit Shah, against which Jay has threatened a Rs 100 crore defamation suit against the portal.

We produce The Wire’s statement as it has appeared on its website.

Press statement issued by The Wire

The Wire received in the afternoon of today, i.e. October 16, 2017, a set of documents in an envelope sent under the name of Milan S. Bhatt, Advocate, Ahmedabad.

There is no covering letter and the entire set appears to be of photocopies. Among these are the following

“Pending hearing and final disposal of the interim Injunction, defendants are restrained by order ad-interim injunction from using and publishing or printing in any electronic, print, digital or any other media, or broadcast, telecast, print and publish in any manner including by way of interview, holding Tv talks, debate and debates, news items, programs in any language on the basis of the article published in ‘THE WIRE ‘ (dated 8/10/2010) either directly or indirectly on the subject matter with respect to the plaintiff in any manner whatsoever.”

The Wire was neither served notice nor given an opportunity to be heard before this ex-parte injunction was sought and granted.

It will be evident to anyone reading the Special Civil Suit that no single factual error has been substantively shown or pleaded against The Wire. No case of untruth has been made out against The Wire. Indeed, the plaint acknowledges that the full text of the lawyer’s exchange with The Wire was available on the website on the date of filing the suit, which is shown as October 12, 2017. Incidentally October 12, 2017 is also the date of the text of Order. The time of filing the suit or of the passing of “Order below Exhibit 5” is not available with The Wire.

It goes without saying that this attempt to gag The Wire will not go unchallenged.