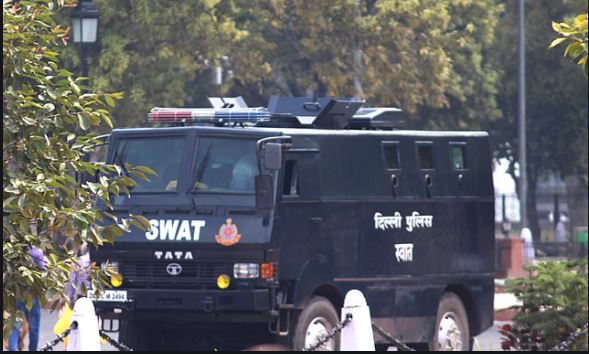 Delhi’s High Powered Committee while considering the increasing Covid-19 cases in Delhi NCR has decided to extend the interim bail granted to undertrial prisoners (UTP) and convicts to prevent the spread of Covid-19 inside the prisons for 45 more days.

The Committee, headed by Justice Hima Kohli, emphasised that if at this stage, the Covid bails are not extended, and the UTPs/convicts are asked to surrender at this time, then it would be a dangerous for all inmates.

The aforesaid Committee was set up as per directions of the Supreme Court in the suo motu matter i.e. Suo Motu Petition (Civil) No.1/2020 .

It was constituted by the Supreme Court owing to the unprecedented circumstances formed due to the pandemic, resulting in the lockdown and the restricted functioning of the Courts, and for decongesting jails so that social distancing can be followed and the spread of Covid-19 can be prevented inside prisons.

So far, as per the rule set by the Committee, a total of 5,114 prisoners have been released on interim bail/emergency parole till November 27, Friday last.

DG (Prisons) has informed the Committee that period of extended interim bail as well as the period of interim bail granted to UTPs on the basis of criteria laid down by this Committee on October 24. (which constitute 3,499 UTPs) is going to expire December 5 onwards.

DG (Prisons) brought to the notice of the Committee that if 3,499 UTPs and 1,183 convicts who have been granted interim bail/emergency parole under different criteria laid down by this Committee, are asked to surrender, then the total population of Delhi Prison is likely to reach 20,500, which would be unprecedented and may become unmanageable owing to the present situation and circumstances.

He also informed that till date, only on one occasion, the maximum population of Delhi Prisons has touched 18,000 in this year.

After taking note of the submissions, Committee observed: “This sudden spurt of Covid–19 cases in Delhi reflects that there is no certainty when the threat of pandemic shall be over. Taking this into account, Members of the Committee are of the view that the interim bail granted to 3,499 UTPs and 1,183 convicts who are on ‘interim bail/emergency parole’ under the criteria laid down by HPC, if at this stage are not extended, and the UTPs/Convicts are asked to surrender at this time then it, would be a dangerous proposition, as they might bring with them the infection. The Committee is, therefore, of the considered opinion that no such chance/risk can be taken and thus resolved that interim bail granted to 3,499 UTPs needs to be further extended for a period of 45 days.”

The committee has further directed the Member Secretary of Delhi State Legal Services Authority (DSLSA) to place this order before the Registrar General of the Delhi High Court for seeking appropriate judicial order on the recommendations of the committee.

The Committee in addition to the extension of interim bail granted to undertrial prisoners, it has also extended the emergency parole granted to convicts for six more weeks.