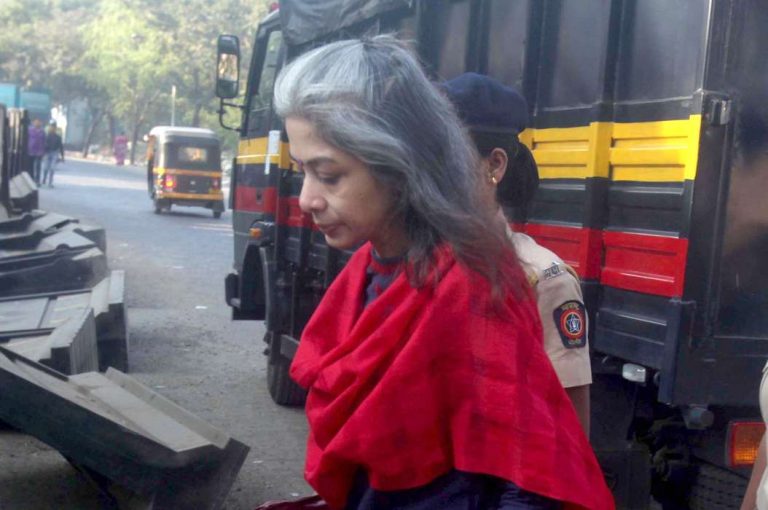 Above: Indrani Mukherjee arrives to attend the post-death rituals of her father in Mulund, Mumbai (file picture). Photo: UNI

Indrani Mukerjea, wife of media mogul Peter Mukerjea, and now in a Mumbai jail charged with the murder of her daughter, has been indicted for being a part of a flare-up in the jail, as a backlash to a death in custody.

Now Indrani has claimed that she has critical information on how the inmate was tortured in jail and killed by a jail official and wants to testify in front of a judge.

The 44-year-old former media entrepreneur has said that the inmate was tortured by a lathi or stick being allegedly inserted into her private parts, corroborating an FIR filed by a cell-mate of the deceased. A case of murder has been filed against the jail official. Five other jail officials have been suspended in the case.
While Indrani has also been indicted in being a part of the rioting on Saturday (June 24), she has come forward to provide further details she says she has.