154,225FansLike
654,155FollowersFollow
0SubscribersSubscribe
Home Top News of the Day news The critical parts of the Nirbhaya judgment delivered by the Supreme Court 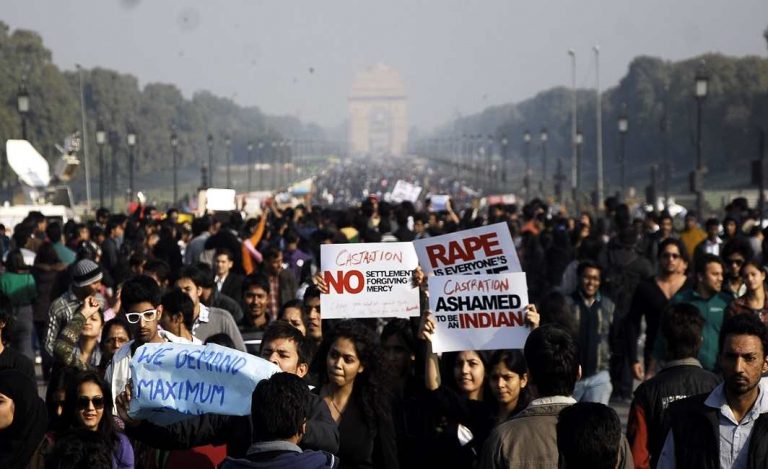 Here are some of the relevant portions of the Nirbhaya case judgment that was passed by the Supreme Court bench of Justices Dipak Misra, R Banumathi and Ashok Bhushan on May 5.

The relevant parts are being reproduced verbatim:

“I have considered all the aggravating and mitigating circumstances in the present case. Imposition of appropriate punishment is the manner in which the courts respond to the society’s cry for justice against the crime. Justice demands that the courts should impose punishments befitting the crime so that it reflects public abhorrence of the crime.”

Regarding the mitigating factor and the plea for leniency, the judgment said:

“In the present case, there is not even a hint of hesitation in my mind with respect to the aggravating circumstances outweighing the mitigating circumstances and I do not find any justification to convert the death sentence imposed by the courts below to ‘life imprisonment for the rest of the life’. The gruesome offences were committed with highest viciousness. Human lust was allowed to take such a demonic form. The accused may not be hardened criminals; but the cruel manner in which the gang-rape was committed in the moving bus; iron rods were inserted in the private parts of the victim; and the coldness with which both the victims were thrown naked in cold wintery night of December, shocks the collective conscience of the society.”

Justifying the “rarest of rare” case:

“The present case clearly comes within the category of ‘rarest of rare case’ where the question of any other punishment is ‘unquestionably foreclosed’. If at all there is a case warranting award of death sentence, it is the present case. If the dreadfulness displayed by the accused in committing the gang-rape, unnatural sex, insertion of iron rod in the private parts of the victim does not fall in the ‘rarest of rare category’, then one may wonder what else would fall in that category. On these reasoning recorded by me, I concur with the majority in affirming the death sentence awarded to the accused persons.”

On the effect of the rape and murder in the conscience of society, this is what the judgment said:

“The incident of gang-rape on the night of 16.12.2012 in the capital sparked public protest not only in Delhi but nation-wide. We live in a civilized society where law and order is supreme and the citizens enjoy inviolable fundamental human rights. But when the incident of gang-rape like the present one surfaces, it causes ripples in the conscience of society and serious doubts are raised as to whether we really live in a civilized society and whether both men and women feel the same sense of liberty and freedom which they should have felt in the ordinary course of a civilized society, driven by rule of law.

“Certainly, whenever such grave violations of human dignity come to fore, an unknown sense of insecurity and helplessness grabs the entire society, women in particular, and the only succour people look for, is the State to take command of the situation and remedy it effectively.”

On women’s rights, the judges observed:

“The statistics of National Crime Records Bureau which I have indicated in the beginning of my judgment show that despite the progress made by women in education and in various fields and changes brought in ideas of women’s rights, respect for women is on the decline and crimes against women are on the increase. Offences against women are not a women’s issue alone but, human rights issue. Increased rate of crime against women is an area of concern for the law-makers and it points out an emergent need to study in depth the root of the problem and remedy the same through a strict law and order regime.

“There are a number of legislations and numerous penal provisions to punish the offenders of violence against women. However, it becomes important to ensure that gender justice does not remain only on paper.

“We have a responsibility to set good values and guidance for posterity. In the words of great scholar, Swami Vivekananda, “the best thermometer to the progress of a nation is its treatment of its women.” Crime against women not only affects women’s self esteem and dignity but also degrades the pace of societal development. I hope that this gruesome incident in the capital and death of this young woman will be an eye-opener for a mass movement “to end violence against women” and “respect for women and her dignity” and sensitizing public at large on gender justice. Every individual, irrespective of his/her gender must be willing to assume the responsibility in fight for gender justice and also awaken public opinion on gender justice.

“Public at large, in particular men, are to be sensitized on gender justice. The battle for gender justice can be won only with strict implementation of legislative provisions, sensitization of public, taking other pro-active steps at all levels for combating violence against women and ensuring widespread attitudinal changes and comprehensive change in the existing mind set. We hope that this incident will pave the way for the same.”