Custodial Death Is One Of The Worst Crimes In A Civilised Society: A. Raja MP Lok Sabha Writes To Home Minister 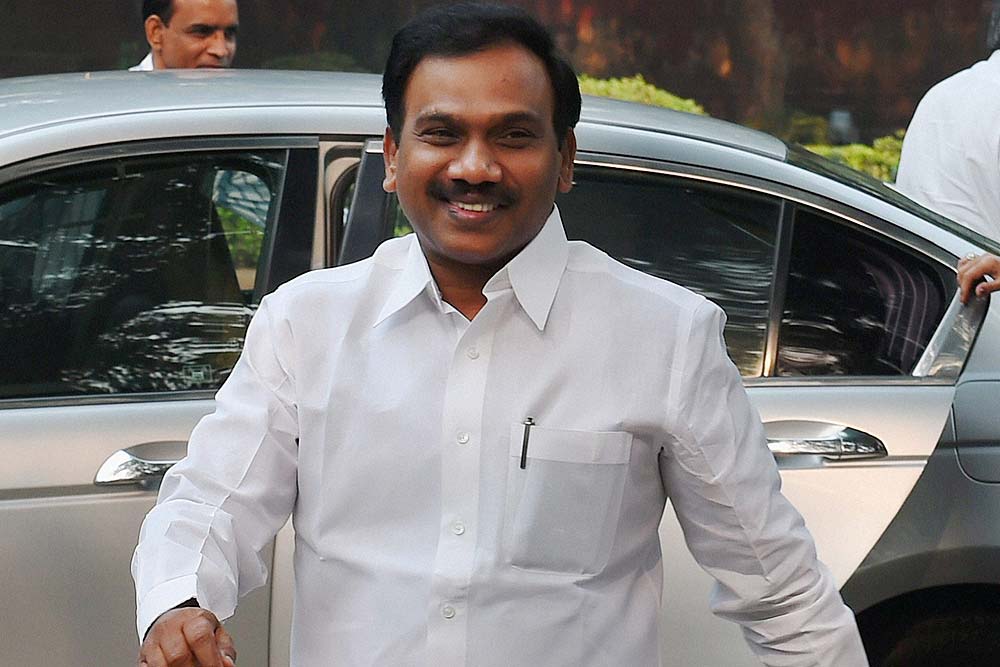 Mr. A. Raja, Member of Parliament Lok Sabha, and Politician from DMK Political Party has written a letter to the Home Minister Mr. Amit Shah over the custodial death of one Jayaraj and Bennix, father-son duo at the Sathankulam Police Station in the Tuticorn District of Tamil Nadu.

In the letter he has stated, “Custodial Death is one of the worst crimes in a civilized society governed by the rule of law. The incident at the Sathankulam Police Station has raised the eye-brows due to the sheer scale of torture and violence perpetrated by the Tamil Nadu Police.”

He mentioned the Judgment passed by the Supreme Court in his letter and said, it was categorically held in D.K. Basu Vs. State of West Bengal (AIR 1997 SC 61) that, the right of the life of a citizen cannot be put in abeyance on his arrest and a citizen of this country does not shed off his fundamental right to life as enshrined in the Article 21 of the Constitution when policeman arrests him. The Court issued detailed guidelines/ propositions to safeguard the detenues.

“these guidelines were laid down to protect the rights of an arrestee as well as to curb the unauthorized arrests or tortures by the Police officers. Arrests should be made to secure the orchestration of law, but the safeguarding of human rights be it of an innocent or an accused is paramount,” he said.

In addition to these efforts, in view of the Torture Declaration and the torture convention adopted by the General Assembly of United Nations in 1975 and 1984 respectively, the prevention of Torture bill, 2010 was passed in the Lok Sabha, he said.

He further stated, “However, since it was felt that still issues were yet to be addressed to prevent such inhuman brutality, the Law commission headed by Justice (Rtd) B.S. Chauhan in its 273rd report recommended the implantation of the Torture Convention by way of a new bill namely, “ The Prevention of Torture Bill, 2017”. Even after considerable time has elapsed from the date of Law Commission report, the prevention of Torture Bill, 2017 has not been introduced in the House of the Parliament.”

He has prayed on behalf of the DMK that the Prevention of Torture Bill, 2017 may be processed Judiciously and enacted in the parliament with additional provisions (if necessary) to address the issues emerged in the Sathankulam, (Tamil Nadu) incident in the forthcoming session itself or promulgate an ordinance through presidential route.

On June 23, Jayaraj and his son Bennicks, were arrested for ‘violating’ lockdown norms over business hours of their cellphone shop, later they died at a hospital in Kovilpatti, their family alleged that they were beaten up by the Police. The incident had triggered a nation-wide furore. Later, the probe has been transferred to the Central Bureau of Investigation by the Tamil Nadu Government.