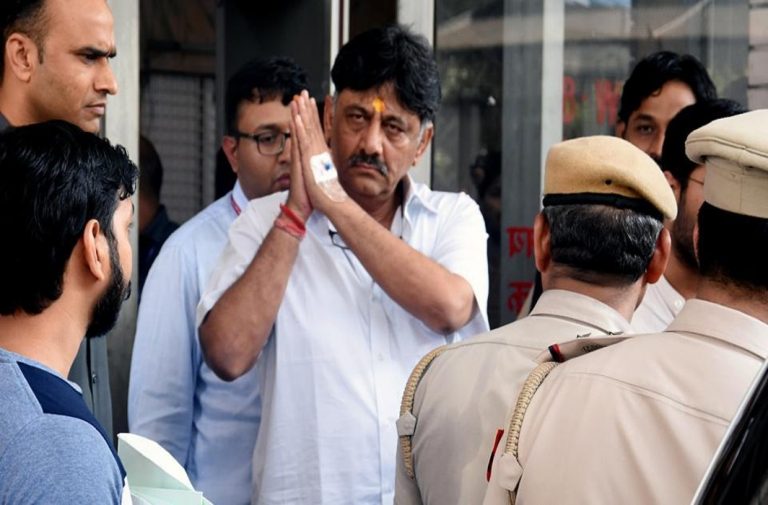 The special CBI Judge at Rouse Avenue Court extended the police custody of the Congress MLA DK Shivakumar from Karnataka till 17th September, 2019. Mr. Shivakumar was arrested by the Enforcement Directorate on 3rd of September, 2019 in the case of money laundering. He was sent on the ED custody for 9 days which ended on 13th September, 2019.

The Additional Solicitor General, K.M. Natraj appearing for the Enforcement Directorate contended that they have summoned to several people in duration of the investigation in last week and are on the verge to derail several crores of unaccounted money benefitting the accused. The custody of Mr. Shivakumar is essential so that there is no influence to witness or tampering with the existing evidence.

The senior counsel appearing for Mr. Shivakumar, Abhishek Manu Singhvi expressed his concern over the health condition of his client. “Irrespective of what happens today, my argument is that he should be in a hospital”, Singhvi told court. He further stressed upon the fact that “ED can’t endlessly keep tracing records of proceeds of crime. The predicate case should be the focus”.

The court which pronounced the order within half an hour mentioned that Enforcement Directorate must be given a chance for free, fair and full investigation. “The pace of interrogation cannot be truncated when some material document and record remains to be put to the accused. Therefore, the remand of the accused to ED custody is extended till 17.09.2019”, the court said.

The court also granted that the accused be examined by a doctor after each 24 hours period along with the family given half an hour to meet the accused.