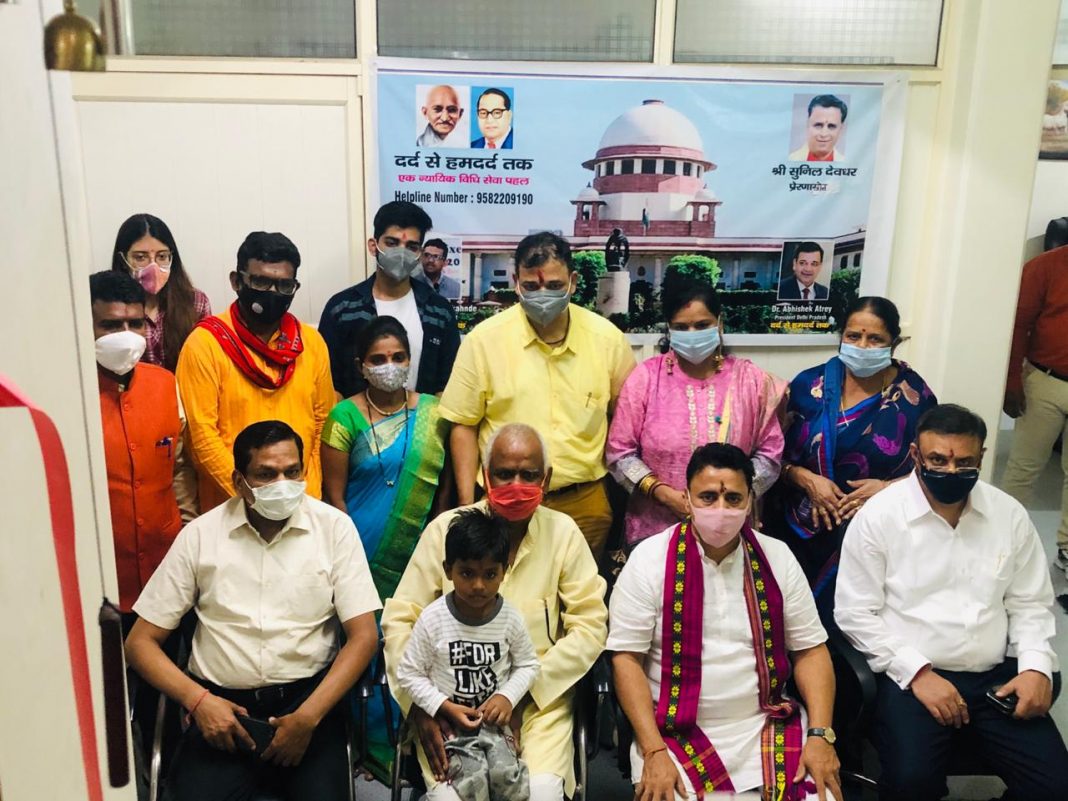 Function attended by legal luminaries and other dignitaries; Dr Pradeep Rai says this is how help will reach the downtrodden

New Delhi: Today, on the auspicious occasion of Gandhi Jayanti, the new office of ‘Dard Se Hamdard Tak’, Ek Nayaik Vidhi Sewa Pehal, an organisation whose aim is to provide free legal aid to needy prisoners across the country, was opened. The inaugural of the office at Laxmi Nagar, New Delhi, was attended by several legal luminaries and other dignitaries.

Senior Advocate Dr Pradeep Rai of the Supreme Court of India, in his inaugural address, wished the organisation well in its venture. He said that access to justice is not easily available to each and every citizen, unless organisations such as this provide free legal aid to the downtrodden and poor people.

My Home India (an NGO), which is working for the welfare of the people of the North Eastern region, had earlier conducted a ‘Karmayogi Award 2020’. The function was attended by Senior Advocate of Supreme Court of India, Dr Pradeep Rai, Prakash Javadekar, Minister of Environment, Forest and Climate Change, Minister of Information and Broadcasting and Minister of Heavy Industries and Public Enterprises, and Sunil Deodhar, National BJP Secretary and In-charge for State of Tripura and Andhra Pradesh

My Home India is a National NGO, which aims at bringing emotional integration between people from different parts of the country. As a first step the organisation has chosen North-East India as its work domain.