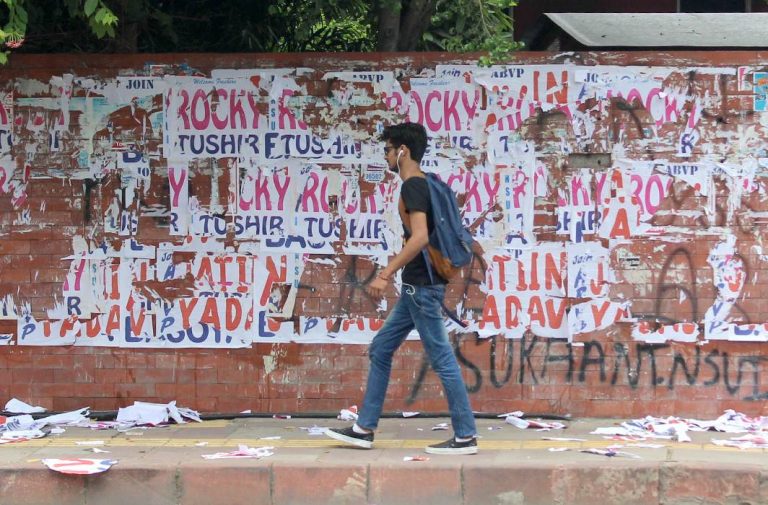 Above: Defaced wall of Delhi university

The National Green Tribunal bench headed by Justice Swatanter Kumar on Thursday (October 12) directed that the walls of government properties are not for the purpose of defacement by sticking bills and posters of any material and that huge fines would ensue in any future action of such nature.

The bench was adjudicating on the pollution of the environment with litter and by defacing the walls during the Delhi University Students’ Union elections.

For the action of defacing at the last elections, however, the bench has not fined anybody.

The bench said that whether it be elections of the Delhi University Students Union or any other occasion of the world, the walls are government properties and are not for the purpose of defacement by sticking bills and posters of any material. It should be noted that from now onwards very strict actions will be taken, along with a huge environmental cost on those who infringe the laws.