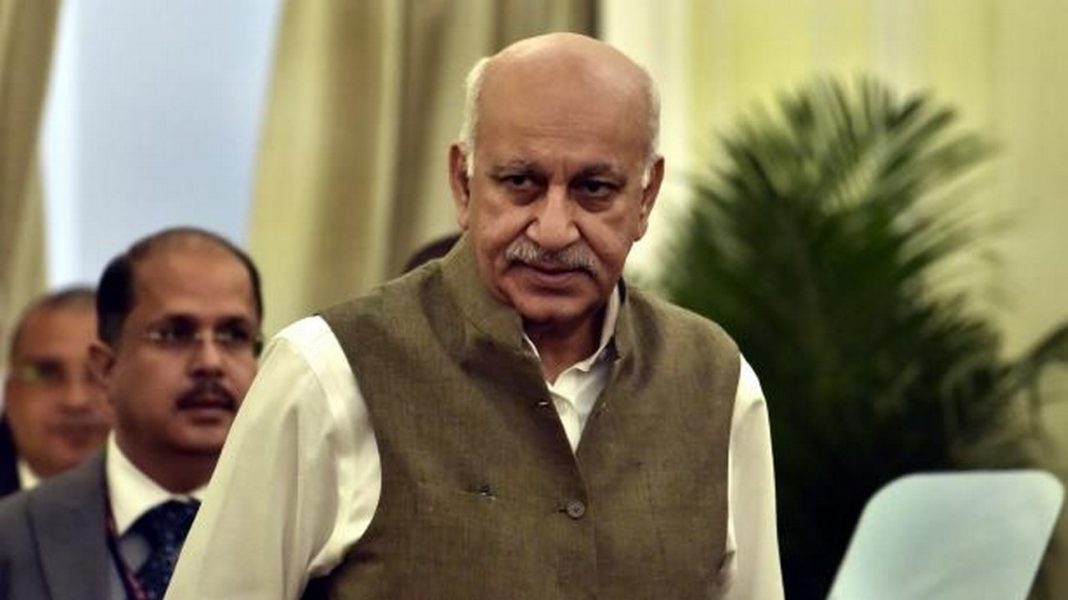 New Delhi: Senior Advocate Rebecca John, representing Priya Ramani in MJ Akbar’s criminal defamation case, said today that there was no complaint lodged until 2015, because in those days the scope of IPC Section 354 was not as wide.

S 354 talks about the act of any criminal force committed on a woman with the intention to outrage her modesty. The ambit of IPC 354 widened with the insertion of four new sections through the Criminal Law Amendment Act (13 of 2013).

The hearing was at the court of the Additional Chief Metropolitan Magistrate of Delhi. John said that her client Ramani had raised the issue 20 years back too. However, later, the #MeToo gave her a safe platform to raise her voice on what happened with her 20 years back.

Judge Vishal Pahuja was hearing the matter in a criminal defamation case MJ Akbar brought against Priya Ramani for accusing him of sexually harassing her in a hotel room in 1993.

Priya Ramani had first made allegations about an incident of sexual harassment by an acclaimed newspaper editor in an article in Vogue India in 2017. She identified Akbar as that editor in October 2018 during the #MeToo movement, in a series of tweets. Soon after this, around 20 more women accused Akbar of sexual misconduct over several years during his career.

Earlier, in December journalist and author Ghazala Wahab testified in the court as a witness in support of Ramani. Ghazala, told the Delhi Court that the alleged sexual harassment by Akbar forced Ramani to quit her job at the The Asian Age newspaper while he was the editor.

John today said: “Ghazala Wahab also said that there were no mechanism to take action against sexual harassment at Asian Age. Vishakha guidelines came only in 1997.

The Court has adjourned the hearing till October 13.

The book is appropriately called "Ramayana Revisited: An Epic Through A Legal Prism". The title was an eye-grabber that drew me into its contents. It is a serious and scholarly piece of work by senior journalist Anil Maheshwari and Vipul Maheshwari, a prominent Supreme Court advocate
Read more
India Legal
Did you find apk for android? You can find new Free Android Games and apps.