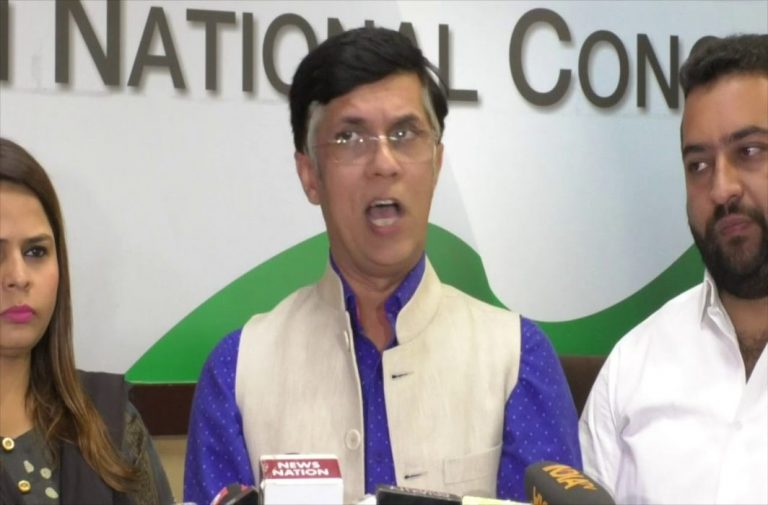 The complainant had filed the defamation case over Kejriwal’s alleged remarks against Sheila Dikshit during the protests in October 2012 on the issue of power tariff hike.

The cross examination of Pawan Khera was done by B S Joon lead counsel for accused Kejriwal. The cross-examination was as follows:

Q: Whether the alleged interview dated October 10, 2012 there was any direct or indirect allegations in your name.

A: There was no direct allegation against me.

Q: In the alleged interview was there any reference of CM office or not?

A: In the interview he mentioned Sheila Dikshit and subsequently he kept repeating on various other platforms mentioned in my complaint “In logo Ko”, “Ye log”.

Q: Was there any specific reference of CM office?

A: It was clear reference to Sheila Dikshit and her team.

Q: Can you specify the portion in the transcript of the alleged interview where it is written “In logo Ko”, “Ye log”.

A: The word Dalal or Dalali by implication cannot be a one person activity it requires a team.

Q: I again put it to you that the word “In logo Ko”, “Ye log” specifically is not there in the transcript at all filled by you with your complainant?

A: I would request you please kindly go through the legal notice where you will find that Arvind Kejriwal repeating this word.

Q: Whether Sheila Diskhit has sent legal notice to the accused Arvind Kejriwal?

A: I have no knowledge.

Q: Did Sheila Dikshit authorize you at any point of time after the alleged interview for giving the legal notice to the accused person and file the present complaint?

A: I do not want to answer this question. I went through tremendous trauma and pain and I discussed with Shiela Dikshit after facing public humiliation and insults following this interview of Arvind Kejriwal.

Q: Are you aware if any other officials of CM office did ever sent any legal notice to the accused persons or filled any complaint against the accused after the alleged interview?

Q: Whether any family member of Sheila Dikshit had sent a legal notice or filed a complaint against the accused after the alleged interview?

Q: Did you tried to obtain the original CD of the alleged interview from the Total TV channel?

A: Yes my office did.

Q: Are you aware of any instructions to the PP at that time to file a complaint of defamation as she was the Chief Minister of Delhi at that time?

Q: Sheila Dikshit was capable to make the complaint after the alleged interview?

(Objected as not relevant question with the witness).

Q: Apart from the regular pay grade what else perks were provided to you as an OSD of CM of Delhi?

A: I don’t remember the entire list. It is correct that I was provided an official vehicle and residence.

Q: On December 3, 2012 what time did you reach Shahdara to take part in a programme regarding FDI and retail organized by Congress workers?

Q: Whether you had taken permission from the office to attend the programme of FDI and retail organized by Congress workers?

A: Apart from being the officer on special duty I was also handling her political work which required me to step out of office many times in the day and I was not required to take permission from anyone.

Q: Whether Sheila Dikshit also attended that seminar of that day or not?

Q: Have you taken any permission from the court before filing the complaint?

A: I have not taken any permission from the Court before filing the complaint. It is correct that my initial appointment was as Secretary to Chairperson of DJB on April 1, 1999. My duty as Secretary to chairperson was to manage her political affairs and media. I was the officer on special duty and Political Secretary to the Chief Minister Delhi all along. I have not filed any documentary evidence to this effect. It is correct that this appointment was annually extended.

Q: Can you tell the names of those team members?

A: There were two people, who were appointed when Sheila Dikshit became the Chief Minister. One was me and other Akhilesh Tripathi.

Q: Can you tell me, why you have not cited Sheila Dikshit as a witness?

A: I have cited all those people as witness, who told me that they believe what they saw and heard on television and they no longer respect me or Sheila Dikshit as a witness.

Q: In your statement dated April 9, 2018, you have stated “since I have filed the complaint, they were all satisfied”. Who were those person satisfied with your complaint?

A: My other team members and friends and followers of Sheila Dikshit.

Q: Is there any documentary evidence or proof to show that accused kept repeating on various platforms “In logo Ko”, “Ye log” what were those platforms?

A: I gave the legal notice on October 22, 2012 and that day Arvind Kejriwal was addressing a rally in which he repeated his charges and said he will keep repeating. The newspaper reporting is already on record.

Q: Whether the programme dated December 3, 2012 at Shahadra was an official programme or not?

A: As Political Secretary to Sheila Dikshit, I was going to talk about FDI in retail to a group of people.

Q: Apart from you, whether any other official were present to attend the said meeting on that day?

Q: On that day, whether you used your official vehicle to attend the same?

Q: Whether any mediaperson were present in the said programme?

Q: Can you tell the name of any person, who abused you and aggressively interrogated you on the main road itself in presence of several person, who came to receive you?

A: I have already named. They were Pankaj Sharma and Rajesh Tiwari and their supporters.

Q: Did you notice the presence of any police official nearby?

A: I don’t remember.

Q: Did you lodge any police complaint at that time against the persons, who had abused you and insulted you?

A: No. I didn’t. I decided to serve a legal notice to the person spreading such falsehood about Sheila Dikshit and her team.

Q: Did you send any legal notice to those person who insulted and abused you on that day?

Q: Did you try to explain those person that in the alleged interview, there is no reference of CM office or any other person, so there perception was misplaced towards me?

A: When they were saying Dalal ka agent aa gaya, Yeh Dalali Khaney wala aa gaya, how could I explain anything to anyone?

Q: How much time, you remained in the said programme and when you left the venue?

A: To the best of my knowledge, I was hardly there for 5-10 minutes and I turned back towards my car.

Q: Did you reach at the venue or not?

Q: This meeting was progressed or cancelled?

Matter adjourned at the request of witness for cross examination. The next date for the hearing fixed to May 16, 2018.