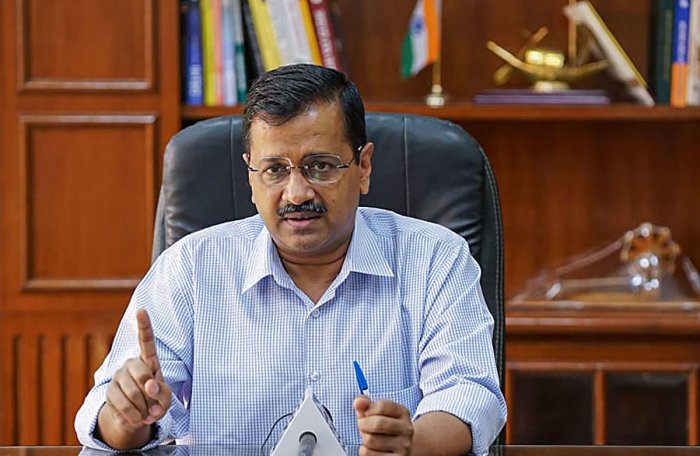 The Chief Minister of Delhi Arvind Kejriwal on Monday in his address briefed about the guidelines that will be followed in Delhi in Lockdown 4.0 announced by the Central Government stating that the Delhi government needs to slowly move towards opening of the economy while dealing with the pandemic. The lockdown period was used to make arrangements to deal with Covid-19.   Kejriwal said that till now 10,054 Covid-19 cases have been reported in Delhi out of which 4485 have recovered.

The Services which are prohibited across Delhi are functioning of Hotels, Metro, Cinema halls, Auditoriums, Social/religious gathering, Barber shops and Non essential movement between 7PM to 7AM.

Transportation will be started again, taxis and cabs will be allowed but with only two passengers at a time, Auto rickshaw and e-rickshaw with one passenger each. The drivers will ensure that seats are sanities after the passengers get off and new passengers sit. Buses will start functioning but maximum 20 passengers will be allowed. Passengers will be screened  before boarding the Bus and the transportation department will have to ensure that its done and social distancing norms are followed at all bus-stops and inside the bus. Carpooling or car-sharing will not be allowed for cab aggregators.

Religious gatherings not allowed in Delhi till May 31. Markets can be opened with opened but with staggered timings shops will open on odd-even basis. Sports complexes & stadiums can open but without spectators. Restaurants can open for home-delivery, and dining facility will not be allowed. Two-wheelers will be allowed but with no pillion rider 50 people to be allowed in marriage functions and 20 people can attend funerals.

Private and government offices can open but the private offices should try that most of the staff works from home. Markets will be allowed to open but shops will open on odd-even basis. Sports complexes & stadiums can open but without spectators. Construction activities are allowed in the national capital now but only with labourers who are in Delhi right now.

The Delhi Chief Minister had yesterday after the issuance of guidelines by the Central Government also stated that the guidelines were largely in line with the proposal sent by him and also said that the city government will prepare a detailed plan and will announce it on Monday.

Did you find apk for android? You can find new Free Android Games and apps.
Share
Facebook
Twitter
Pinterest
WhatsApp
Previous articleBombay HC Raps Mumbai Univ For “Contemptuous Conduct”, Orders It To Pay Up & Reinstate Don
Next articleDelhi HC Allows Lawyers To Access Their Chambers Within The Complex