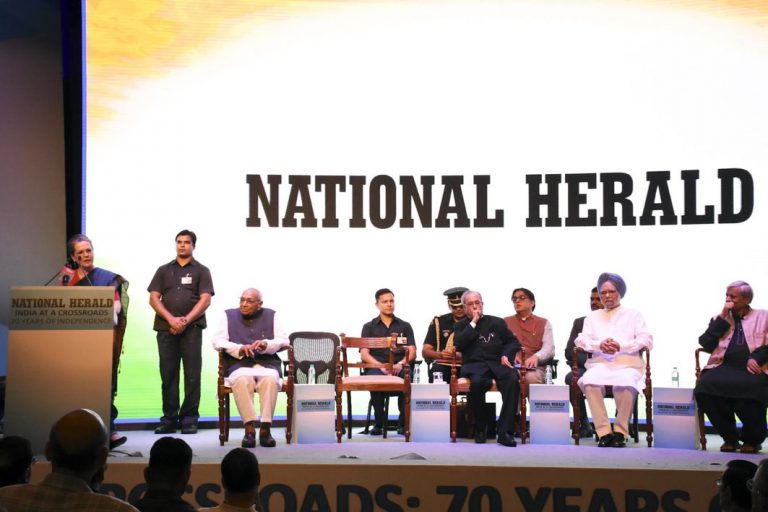 The court of metropolitan magistrate Ambika Singh, on Saturday (January 20), adjourned the hearing in the National Herald case, involving former Congress chief Sonia Gandhi, her son and party president Rahul Gandhi and others till March 17.

The decision of the court came after the petitioner, BJP Rajya Sabha MP Subramanian Swamy, submitted a new set of documents which he claimed would expedite the proceedings in the case.

Asserting that the documents were delivered at the doorstep of his Delhi residence in an unmarked envelope, Swamy alleged that the papers were proof of Young Indian,  company in which Sonia and Rahul to reportedly hold 38 per cent stakes each, having been dubbed a tax offender by the income tax authorities. It may be recalled that Swamy has maintained that Young Indian was floated by Sonia and Rahul, with Congress leaders Motilal Vora, Oscar Fernandes and technocrat-cum-Congress member Sam Pitroda being the other stakeholders, to “fraudulently” take over Associated Journals Limited (AJL), the owners of National Herald – a newspaper founded by Pandit Jawaharlal Nehru.

On Saturday, the court also ordered that documents submitted by Swamy be kept in a sealed cover till the next date of hearing in the case. While the exact contents of these documents will only be known on March 17 when the court resumes its hearing in the case, Swamy informed the court that records being submitted by him show that Young Indian had concealed an income of Rs 414 crore from the tax authorities and was thus declared as a tax offender.

Apart from the Gandhis, Congress party leaders Motilal Vora, Oscar Fernandes, Suman Dubey, and Sam Pitroda – are facing trial in the case. The case stems from a complaint by Swamy that accused the Gandhis of allegedly conspiring to cheat and misappropriate funds by just paying Rs.50 lakh through Young Indian to obtain rights to recover Rs.90.25 crore that the AJL owed to the Congress. The Congress has accused the ruling Bharatiya Janata Party (BJP) of launching a “witch-hunt” in the case.