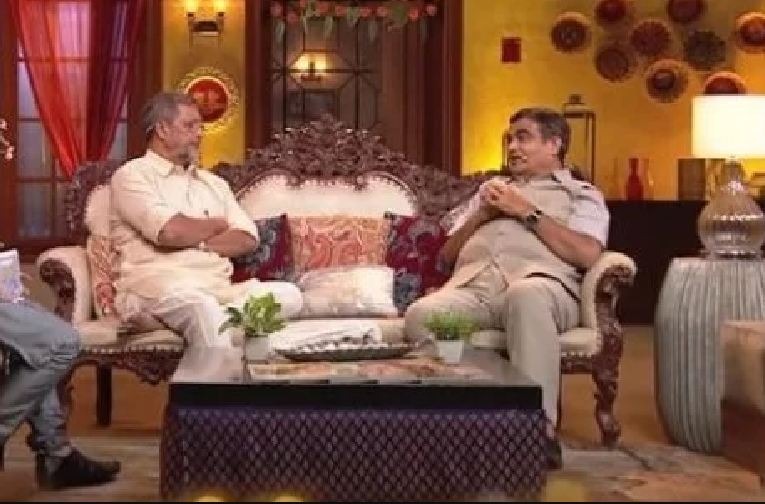 TAKING ON THE PM

That there has been simmering tension, born out of an intoxicating cocktail of ambition and insecurity, between Prime Minister Narendra Modi and Union transport minister Nitin Gadkari for several months is widely known in the national capital’s power corridors. With general elections due in a few months and Modi’s approval ratings steadily plummeting, these tensions are now pouring out in the public domain. In a televised Marathi talk show, Gadkari (remember he is a Maratha strongman who represents Nagpur, seat of the RSS, in the Lok Sabha) made a candid confession to host Nana Patekar. Gadkari told Patekar that in the run-up to the 2014 Lok Sabha polls, his party did not believe that it would come to power and was advised to make tall promises to the electorate. The minister added that the people voted the BJP to power and now, over four years later, when they ask about unfulfilled promises, the leaders have no choice but to “laugh and walk away”.

While the BJP has been predictably stunned into silence by the claim, it has brought much cheer to the Congress camp, with party president Rahul Gandhi promptly tweeting a clip of it.

Gadkari’s comment came weeks after he was forced to cancel last-minute his participation in the World Hindu Congress at Chicago and a series of high-profile foreign engagements, ostensibly due to a diktat from Modi. Given that Gadkari is arguably the only member of the Union cabinet who is unafraid to challenge Modi, his claim is being seen as a clever political ploy, with tacit support of the RSS, to place himself as an alternative to the Prime Minister within the NDA should the BJP fall significantly short of a simple majority in 2019.

The triumvirate is now complete. After Prime Minister Narendra Modi and BJP chief Amit Shah, the most powerful man in India is National Security Adviser Ajit Doval. The former IPS officer, as head of the newly revived Strategic Policy Group (SPG), will now have the chiefs of the three services reporting to him, along with the RBI governor, Cabinet Secretary and the secretaries of external affairs, home, defence, finance, defence production, revenue, atomic energy, space, vice-chairman of Niti Aayog and heads of the Intelligence Bureau and RAW. Till last week, the SPG was headed by the Cabinet Secretary.

Doval’s elevation comes immediately after the Chief of the Joint Intelligence Committee, RN Ravi, was redesignated as deputy national security adviser, to join two other deputy NSAs—Rajinder Khanna, former head of RAW, and diplomat Pankaj Saran. This followed another security policy decision to establish a defence planning committee, a think-tank on strategic issues, also under Doval, which will formulate national security and military strategy and oversee major defence acquisitions. It was in that capacity that Doval was in Washington to brief his counterparts in the White House just before the Modi-Putin summit in Delhi where the multi-billion-dollar deal for the S-400 Triumf missile system was signed, defying US sanctions against buying arms from Russia.

It was described as a summit, but the official visit of Russia’s Vladimir Putin last week was shorn of all ceremonies and protocol, under a request from Moscow. Putin’s only reason for flying down to India was to sign the $5bn deal for the S-400 Triumf, one of the biggest signed by the Russian arms manufacturing sector in recent years. The Russian ambassador in New Delhi met with External Affairs Minister Sushma Swaraj and informed her that the usual protocol—a ceremonial welcome at Rashtrapati Bhavan, a visit to Raj Ghat, an official banquet—should be cut out of the programme as Putin wanted a one-on-one with Modi the evening he arrived and another the next morning and then a joint statement, nothing more. That was exactly how it went, a summit but totally business and no frills. Modi, it seems, was quite happy to go along since a large part of his meeting with Putin went in discussing America, China, Pakistan and oil supplies, all key areas of concern for India.

Raj Bhavans across the country have seen some colourful occupants who have left an indelible imprint of their tenures in office. And none as much as Narayan Dutt Tiwari, a former Union minister and Uttar Pradesh chief minister to whom goes the credit for smuggling in masseuses into the Hyderabad Raj Bhavan. He lost his job after one of the girls captured all the action on her mobile camera and later leaked it.

Last Tuesday’s arrest of RR Gopal, the editor of Tamil magazine Nakkeeran, for allegedly publishing defamatory articles on Tamil Nadu Governor Banwarilal Purohit over a sex scandal in universities begs the question: whatever happened to the probe that the Union home minister had ordered against the governor in March this year after complaints were received against Purohit on whose behalf sexual favours were being allegedly sought by a college lecturer from her students in Chennai. Though the home ministry would only say then that complaints against the “governor of a southern state” were being looked into, it was clear that it was indeed Purohit. Earlier this year, there were demands for his sacking when at a public function he behaved “inappropriately” with a female journalist. Ironically, he did this at a news conference convened to refute sexual allegations against him. But the TN governor, besides hailing from Nagpur, is close to the prime minister. Which is as good an insurance as any against anyone digging into his alleged murky past and present, probe be damned.

A PICTURE TELLS A THOUSAND LIES

Fake pictures may temporarily have the desired effect but there is no substitute for the real one. The ruling Marxists in Kerala have realised this, not for the first time, when last week they tried to pass off a   picture of a massive march in the state protesting against the Supreme Court verdict on women’s entry into the Sabarimala temple as one of farmers in Uttar Pradesh protesting the agrarian policies of the Centre and the Yogi Adityanath government. Over a lakh men and women had assembled in Pandalam in central Kerala at the base of the Sabarimala hill and marched through the town, without banners or placards, merely raising slogans denouncing the verdict and demanding the CPI(M)-led Left Democratic Front government file a revision petition in the apex court on the matter. But, as with all fake pictures, this one too had too many distortions that even a casual eye would not have missed. For one, the rallyists were predominantly sari-clad women, not the chosen dress code for women protestors in Uttar Pradesh. Too many hoardings and billboards in the background, though hazy, were in Malayalam, advertising products that are sold predominantly in Kerala. There were too many other glaring discrepancies in the picture which the CPI(M) used for a poster that was plastered all across the only state in the country where it is in power. In the end, even comrades were convinced that this was a picture that told a thousand lies.

In what is seen as a huge embarrassment for Narendra Modi and his alleged role in the 2002 Gujarat riots, a retired army officer, General Zameer Uddin Shah, former vice-chief of army staff, has said that his men were kept waiting at an airfield for a whole day before transport was arranged to take them into Ahmedabad city. In a new book, he writes that he along with 3,000 troops under him, landed at Ahmedabad airport at 7 am on March 1, the day after the riots broke out. The state government was meant to provide transport and supplies which never arrived. He says in the book that at least 300 people could have been saved had they been sent in immediately, rather than spending 34 hours at the airfield. He also says he visited then Chief Minister Modi’s residence to request help and was invited to dinner but he declined, instead requesting trucks and police guides to the trouble spots. He was given assurances that all this would be provided—it finally arrived on March 2. The general says that portions of the SIT report on the riots were “a blatant lie”.