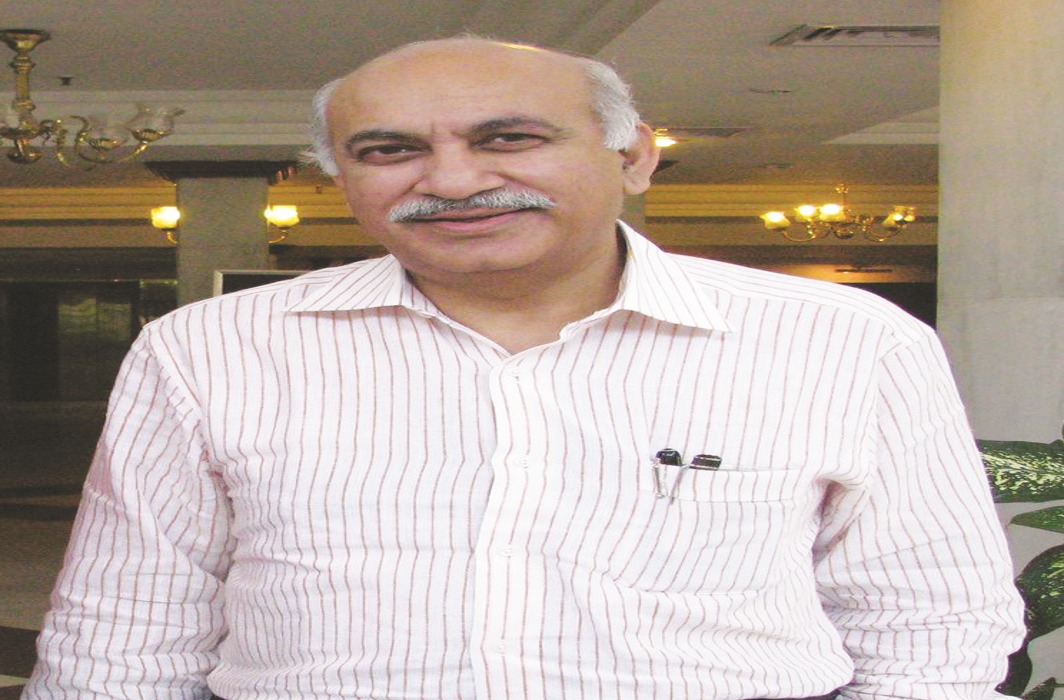 Despite his aggressive approach and filing of a defamation suit ag­ainst one of his many accusers, Mobashar Jawed Akbar, the external affairs minister of state at the centre of India’s #MeToo movement is not as confident as he would want the world to believe and as his abrupt resignation now shows. The BJP government has assigned heavyweight lawyer and now finance minister Arun Jaitley to guide him through his defence. It was Jaitley who lined up his friend and fellow legal luminary Raian Karanjawala and the battery of lawyers employed at the latter’s legal firm to represent Akbar. On the other side, the female journalists led by Priya Ramani may not be able to match him as far as money or power are concerned, but they too have some of the best lawyers fighting for them—pro bono. It also happens that one of the top lawyers who will don the robes for the female journalists is related by marriage to Akbar’s wife, Mallika! Now that he has resigned, of course, such issues are no longer pertinent to the case which now hangs in the balance.

While the current #MeToo movement has exploded now and seems to have unear­thed cases of sexual misconduct unheard before, the truth is that the government does keep a record, and it paints a sorry picture of bad sex attitudes across the country. Over the first seven months of 2018, ending July 27, nearly 533 cases of sexual harassment and assault were reported, according to data tabled in the Lok Sabha. The same data showed that 2,535 cases were registered over the past four years—almost two a day. The state with the maximum cases reported, according to government figures, is Uttar Pradesh (726), followed by Delhi (369), Haryana (171), Madhya Pradesh (154), and Maharashtra (147). The National Crime Records Bureau (NCRB) categorises “insult to modesty of women” under Section 509 of the IPC which includes workplace harassment. As many as 70 percent women said they did not report sexual harassment by superiors because they feared the repercussions, according to a survey conducted by the Indian Bar Association in 2017. The survey found that women who approached committees believing them to be independent, found they are actually “puppets in the hands of their superiors.”

The saffronisation of institutions of learning, culture and art, which picked up speed within the first 200 days of the Modi government coming to power, is now spreading its wings abroad. The latest buzz is that the New York-based Indo-American Arts Council (IAAC), a non-profit body that promotes Indian theatre, art, film, fashion, music, dance and literature in the USA, has been bought over for an undisclosed amount by RSS-backed funding. Its original director was Aroon Shivdasani, an Indian-American arts promoter who has hosted celebrities like Madhur Jaffrey, Deepa Mehta, Salman Rushdie and MF Husain.

With new commanders in charge of this successful cultural enterprise, expect to see more Sangh Parivar-oriented ideologues in forthcoming conclaves.

The Council is not the only institution to be targeted by saffron influencers who consider foreign shores important for their global Hindutva mission. American Ivy universities such as Harvard and Yale are also being approached to establish India “chairs” to promote courses in Indian studies which will predictably spread saffron versions of Bharat’s history.

One such university has been made an offer it can’t refuse, given the poor financial condition of most big universities desperate for finances: $5 million. Any guesses where the moolah is coming from?

With assembly elections for Madhya Pradesh due next month, squabbles between factional leaders within the Congress’s MP unit to secure maximum tickets for their loyalists have resurfaced. The state leadership, under Kamal Nath and Jyotiraditya Scindia, is desperately trying to maintain a picture of unity. However, insiders privy to the ticket distribution talks say all factional heads—Nath, Scindia, former Union ministers Suresh Pachouri and Arun Yadav and leader of Opposition Ajay Singh—want to ensure that their loyalists find a place in the list of candidates. The problem, however, is that none of them seems to have a statewide support base.The stakes are highest for Nath and Scindia, both chief ministerial hopefuls, who until recently showed little interest in cultivating a statewide support base but remained popular in their bastions—Nath in his constituency of Chhindwara and Scindia in the Gwalior-Chambal division. Both are finding it difficult to name winning candidates from regions beyond their strongholds.

Sidelined by the central leadership, Digvijaya Singh, a former two-term chief minister and veteran in state politics, is having a quiet laugh at the goings-on. Among the factional heads, Singh is the only one with a pan-MP support base and a prospective list of potential winners in every district. The Raja of Raghogarh knows that Scindia and Nath will need to accommodate his supporters in the candidate list if they want the party to win. Singh may eventually have majority support within the newly-elected Congress legislature party, and, in the event of the Congress actually forming a government under Nath or Scindia, determine the stability of the regime.

The frenzy shown by the Centre and BJP-ruled states to change names of roads and cities with any Muslim connection is starting to peak before the Ayodhya verdict comes out. The latest is, of course, UP Chief Minister Yogi Adityanath’s ramming through a change of name for Allahabad, to Prayagraj, by a cabinet decree. Prayag was one of its alternative names in ancient times but clearly, the objection was to the Allah in the name after it was so named by Mughal emperor Akbar. Over the years, successive  BJP-led governments in Uttar Pradesh have tried to rename Allahabad to Prayagraj. In 1992, the planned rename was shelved when the chief minister, Kalyan Singh, was forced to resign following the Babri Masjid demolition. In 2001, another attempt was made by the government of Rajnath Singh which also came to naught. Adityanath’s success is a precursor ro more renaming—Gujarat CM Vijay Rupani plans to rename Ahmedabad as Karnavati. In Rajasthan, the village called Miyon ka Bara was changed to Mahesh Nagar after the Hindu residents wrote to the Chief Minister’s office that they were not getting marriage proposals “because of the Muslim-sounding name” of their village.

Several serving and retired army officers are up in arms over what they see as the army becoming increasingly politicised. The provocation was the permission granted by the defence ministry to the youth wing of the BJP to host its national convention in Secunderabad cantonment, till now, jealously guarded by the army against political or civilian interlopers. The permission for holding the five-day event by the Bharatiya Janata Yuva Morcha (BJYM) at the Bison Polo Ground was announced through a note from the General Officer Commanding of the area.

Immediately, a storm of protest erupted on social media condemning the decision and expressing disgust and apprehension. One former colonel, N Sitharaman, tweeted: “Very wrong if political morchas are being brought into cantonments. Opening up cantts, and now this. Poor taste.” In another tweet, Major DP Singh requested Defence Minister Nirmala Sitharaman to “put a check” on the decision:“1 side forces r being used2clean up spoiled things due2 misuse/corruption by civilians. On the other hand things kept intact are being opened 4 their use.” Most of the objections related to the fact that this was setting a bad precedent. Cantonments are the pride of the army for the way they are maintained, and the high level of cleanliness, order, discipline and safety of residents. One social media user asked former Union minister Shashi Tharoor to join the debate. Tharoor tweeted: “Disgraceful. Since when has the#IndianArmy become a wholly-owned subsidiary of the BJP?”