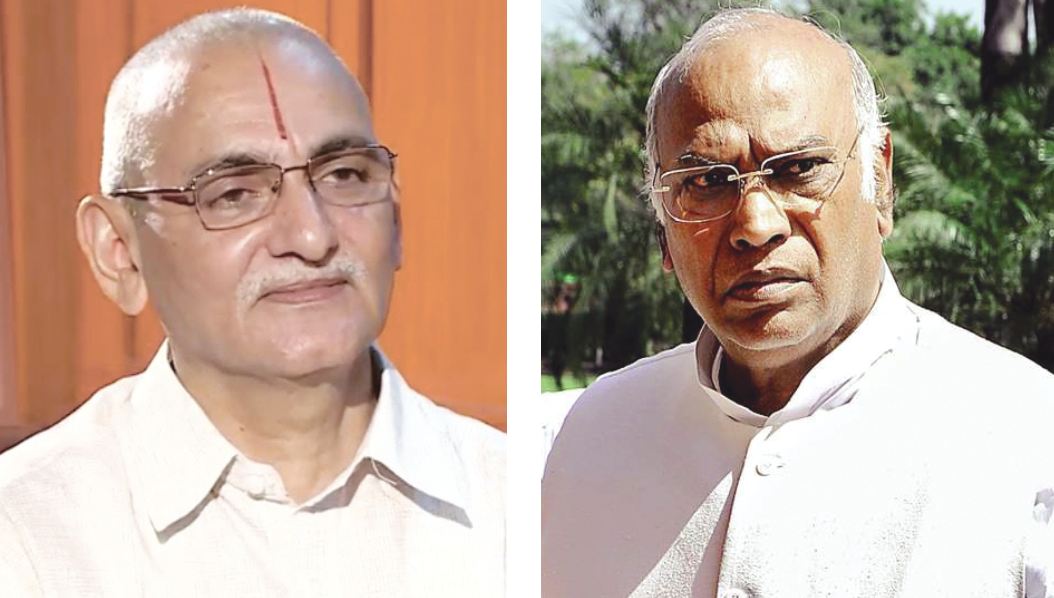 The chaos that the government has sunk the CBI into is likely to aggravate in the coming months. The Supreme Court, on November 25, is expected to hear the petitions filed by CBI director Alok Verma and special director Rakesh Asthana challenging the government’s decision to divest them of all responsibilities and appoint M Nageswara Rao as the agency’s interim chief. Power corridors are already buzzing with rumours on how the government will choose Verma’s successor once his legally secure two-year tenure ends on January 18. The collegium to appoint the CBI director comprises the Prime Minister, Chief Justice of India, Leader of Opposition and takes the decision after names in the panel of officers shortlisted for the post are vetted by the Chief Vigilance Commissioner. The CVC, KV Chowdary, is also in the eye of a political storm for allegedly perpetuating the current crisis in the CBI, under pressure from the government. The process of appointing a full-time CBI chief would have ideally begun by December and had the current crisis not hit the agency, Asthana would have got the post, given Modi and Amit Shah’s “faith” in him. Now, sources say that the Congress, which would have been represented in the collegium by Mallikarjun Kharge in his capacity as the leader of the largest Opposition party in the Lok Sabha, will either boycott any discussion to select the next CBI chief or try to block any name put forward by the government. Sources say Asthana is already out of the race but Modi will also not be able to keep the CBI under an interim chief indefinitely. The conundrum is made more complex by the fact that given the current mess, any officer proposed by the centre for the role will be looked at with suspicion.

The fallout from the implosion at India’s elite investigating agency is spreading its toxicity. The backstory to the crisis is that Alok Verma’s appointment as CBI chief was pushed by NSA Ajit Doval with Modi going along with it. Now, the PM is reportedly miffed with Doval. Then there is retired judge Justice AK Patnaik, appointed by the Supreme Court to supervise the probe into the CBI. Within hours of his appointment, he was getting calls from people close to the powers that be, attempting to influence the probe. The bigger embarrassment, however, is to do with interim chief Nageswara Rao. The fact that an IG-level officer was chosen for the first time to head the CBI raised eyebrows as did his first move, to transfer 13 officers loyal to Verma, but ghosts are returning to haunt him. He has issued a statement saying his wife did not commit any financial irregularities, one of the many charges against him, but the Odisha-cadre IPS officer cannot deny that in 1998, as vice-chairman of the Berhampur Development Authority, he was accused of making a communally inflammatory speech, saying that the authors of the Indian Constitution were “pro-minority”. Then, at a public function, an Odiya newspaper quoted Rao as saying: “Christians and Muslims give primacy to their religion over the nation. Taxes collected from Hindus getting deployed for the benefit of minorities is a violation of human rights.” These and other statements form part of a petition filed in the apex court objecting to Rao’s appointment. The petition mentions that when complaints piled up about his communal views, he was posted out immediately. Rao is said to be close to Ram Madhav, the influential RSS leader, a relationship that may have something to do with his unprecedented elevation.

Actor and self-proclaimed “Modi chamcha”, Anupam Kher has often hit out at former Prime Minister Dr Manmohan Singh. It thus came as a surprise that the actor, who recently resigned as chairman of Pune’s FTII, was full of praise for Modi’s predecessor. Kher’s comments came after he wrapped the shoot for The Accidental PM, a movie in which he plays Dr Singh. One assumes that Kher studied the tenure of the former PM closely and didn’t rely on accounts narrated by BJP leaders (his wife Kirron is a BJP MP). Kher admitted: “I did have my reservations before doing this film and also wrongly judged you (Dr Singh) at times but today after finishing the shoot and having almost lived the role for more than a year I can say with utmost sincerity that history will not misjudge you.” While the movie may have turned Kher into an Accidental Fan of Dr Singh, his comments left his saffron brethren see­thing, calling him a traitor on Twitter.

With five states going to polls over the next two months, Congress President Rahul Gandhi has been busy addressing party workers. Among the promises that Rahul has made to party workers is of putting a stop to the Congress’ culture of para-dropping candidates and neglecting genuine workers during ticket distribution. Rahul wants the Aya Rams-Gaya Rams to work on strengthening the party for at least five years and then hope to get a ticket. The promise augurs well for party workers but has put the second-rung leadership in a tight spot. Kamal Nath and Sachin Pilot, Congress chiefs in MP and Rajasthan, respectively, have been approached by several BJP legislators who fear that their party may not renominate them for the upcoming polls and are looking for a Congress ticket, if not in the Assembly then the Lok Sabha polls. Rahul’s stance has made it difficult for Nath and Pilot to give any ass­urance. Pilot recently orchestrated the induction of former Union minister Jaswant Singh’s son, Manvendra Sin­gh, into the Congress. It was speculated that Manvendra would not be renominated by the BJP.  Party sour­ces say that the real test of Rahul’s promise will be in MP, Rajasthan and Telangana.

There is something about God’s Own Country that brings out the worst in the BJP’s top two: Prime Minister Narendra Modi and party president Amit Shah. Modi made no friends when at rallies in the run-up to the 2016 Kerala assembly elections, he kept repeating the falsehood about Kerala’s social indices being worse than sub-Saharan Africa, when people with a better grasp of economics, like Nobel Laureate Amartya Sen, have said they are actually on a par with the advanced nations of North Europe.

Last week, it was Shah who was laid low by the foot-in-the-mouth syndrome. With the swagger of a gun-slinger, he arrived in the state which is enjoying a brief respite from the Sabarimala tussle and flexed his muscles at the Marxist-led Left government for trying to implement the Supreme Court verdict on allowing women entry into the hill-top shrine. Shah threatened to pull down the duly elected Pinarayi Vijayan government which enjoys a near two-thirds majority in the assembly. The CM wasn’t rattled. He merely taunted Shah by referring to his rotundity and said the BJP chief has to first haul himself up—no easy task, Vijayan emphasised—before trying to pull others down. He left it at that. But the people of the state, where the country’s first duly elected government was ousted 61 years ago, were incensed. As the outrage grew, the BJP went into damage control mode, with KJ Alphons, the Union minister, blaming a local party leader for faulty speech translation. The Marxists, of course, are having the last laugh as Shah memes go viral.

Delhi’s Jawaharlal Nehru Uni­versity has been the unceasing target of right-wing elements and the government. Its reputation for academic excellence has been undermined by attacks on its leftist-leaning student leaders and staff, some physical, and now, the government has turned the screws further by its latest appointments to the staff—Indian-American author and Hindutva ideologue Rajiv Malhotra, former journalist and BJP MP Swapan Dasgupta who wears his saffron on his sleeve, and Subhash Kak, another Indian-American computer scientist. The trio has been appointed honorary professors. Malhotra is known to be a fiery Hindutva activist who retired from entrepreneurship to launch the Infinity Found­ation. In 2015, Malhotra was accused of plagiarism by historian Richard Fox Young. Young accused Malhotra of a lack of academic integrity given his “repeated failure to acknowledge sources”. Malhotra did not deny the charges, instead saying on Twitter that the academic standards demanded by Young were “too high”. In August this year, Malhotra courted controversy in the wake of the Kerala floods when he tweeted asking people to donate to help Kerala Hindus. “Christians and Muslims worldwide raising lots of money to help mainly their own ppl & agendas,” Malhotra had tweeted. Kak had issued a letter welcoming Modi’s initiatives, in response to a statement issued by leading South Asian experts at US universities urging Silicon Valley industrialists to be cautious about doing business with Modi. Dasgupta is a regular on TV channels, defending the Modi government. The appointments follow a series of allegations levelled against vice chancellor M Jagadesh Kumar by the JNU academic community for flouting norms to get candidates close to the Sangh Parivar appointed at the university.