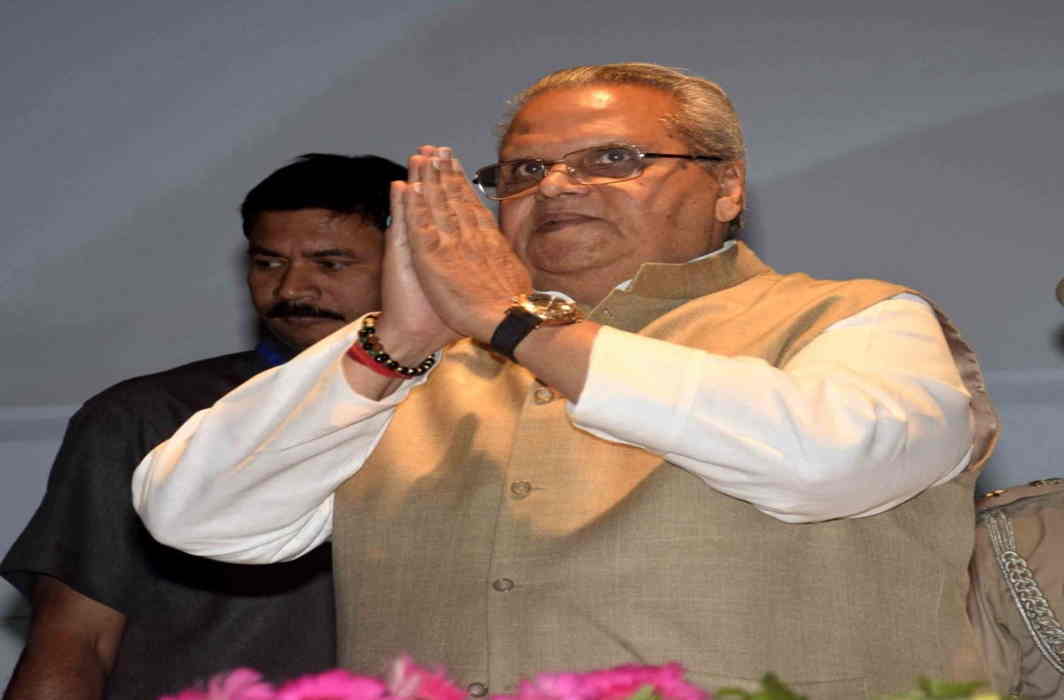 Gamble in the Valley

The surprise appointment of Satya Pal Malik as governor of J&K, a state entangled in an upsurge of militancy and protests, is nothing less than a high- stakes gamble, one that could boomerang badly. Till a few weeks ago, the frontrunner for replacing NN Vohra as governor was former Home Secretary Rajiv Mehrishi. Since 1965, all governors have been retired bureaucrats, intelligence or army officers or those with strong connections to the state, as in Karan Singh, son of the erstwhile ruler of Kashmir.

The reason the centre decided on a career politician like Malik, is to manipulate the formation of a BJP government by engineering defections from Mehbooba Mufti’s PDP and to try to garner a working majority in the 89-seat assembly. In fact, the reason why Vohra refused an extension was precisely because he opposed the formation of another government in the state.

Malik, a politician with a socialist background, is 72 and better known for his links to VP Singh and the Jan Morcha. He joined the BJP only in 2004. BJP president Amit Shah and local politician Sajjad Lone are leading the charge to poach from the PDP, their former alliance partner. Already five PDP MLAs have rebelled against Mehbooba. The BJP with 25 MLAs would require another 19 legislators to form the government. The state is currently under governor’s rule. Kashmir experts say it is a dangerous move, recalling that militancy started in the state after the infamous “rigged” election manipulated by the centre under Rajiv Gandhi and Farooq Abdullah of the National Conference.

The other surprise appointment last week was that of Ahmed Patel, the Congress warhorse from Gujarat, who was made party treasurer. Patel was Sonia Gandhi’s political secretary through her long stint as party president which made him the de facto number 2 in the organisation. His re-appointment as treasurer after two decades is on her recommendation and is connected to the fact that the Congress is starved for funds with a majority of its corporate donors having shifted loyalties to the BJP.

Sources say that at an informal interaction of senior party leaders last month, Rahul Gandhi had been informed that with the party’s coffers steadily depleting, the Congress needed to raise Rs 1,000 crore if it hoped to counter the BJP’s publicity and campaign blitzkrieg in the forthcoming assembly and Lok Sabha polls. The man Patel replaces, Motilal Vora, now 90, was clearly found wanting. What Sonia must have recalled was that Patel, as the party’s treasurer during its wilderness years from 1996 to 2000, had ensured that there was never a crisis of funds. Patel plans to oversee door-to-door collections and launch crowd funding efforts.

That there is some domestic politics involved in the Modi government’s handout to Kerala, as opposed to the massive amount required, is quite obvious. The refusal by the centre to accept the Rs 700 crore offered by the UAE government has become a public controversy after Prime Minister Modi thanked the UAE for its “generous offer” and then had the Ministry of External Affairs turn it down. UAE Prime Minister Mohammed bin Rashid al Maktoum had tweeted—in Malayalam and English—urging “everyone to donate generously” towards relief efforts in Kerala. The same day, Modi tweeted: “A big thanks to @hhshkmohd for his gracious offer to support people of kerala during this difficult time. His concern reflects the special ties between governments and people of india and UAE.”

Now, the centre is falling back on a policy formulated after the 2004 tsunami of not accepting foreign assistance for natural disasters on the grounds that it has the ability and resources to respond to emergency requirements. However, the Kerala crisis is unprecedented and the devastation so horrific that not to accept help from countries like the UAE which have a large number of workers, managers and entrepreneurs from Kerala, seems churlish and smacks of petty politics involving a non-BJP ruled state. Now, the Indian mission in the UAE has urged that donations be given in cash directly to the Kerala chief minister’s disaster relief fund.

Statistics are used the way a drunk uses a lamppost—for support rather than illumination—which explains why the government has moved so swiftly to suppress a report which showed higher growth under the UPA than in any of the NDA years. The report appeared last week on the website of the Ministry of Statistics and Programme Implementation, and immediately triggered a verbal battle between the BJP and the Congress.

The back series report prepared by a government-backed panel under economist Sudipto Mundle, concluded that India grew at a record 10.8 percent in 2010-11 when Dr Manmohan Singh was prime minister. It compared growth rates between the old series, 2004-05, and the new series based on 2011-12 prices.

Once the cat was out of the bag, the PMO called the ministry which hastily removed the report from its website. The PMO followed up with a note saying the official line was that the report was only a draft and “should not be quoted anywhere”. The report is now only visible in the “Draft Report” section of the National Statistical Commission, and government spokesmen are quick to dismiss it as the personal views of Mundle. In an interview after the storm broke, Mundle defended the report and said it was a committee report, not his personal view.

The attacks on cricketer-turned-politician Navjot Singh Sidhu from the BJP and its supporters in the media for his embrace of the Pakistan army chief at newly-elected Prime Minister Imran Khan’s swearing-in in Islamabad can be understood. A general election is nearing and the Pakistan factor is guaranteed to win over a section of voters and become a political weapon.

However, to be attacked by his own chief minister Amarinder Singh is nothing but the height of hypocrisy. Apart from the fact that Sidhu went in his personal capacity as a friend of Khan’s, a contemporary on the cricket field, there is another reason why the Punjab CM is being hypocritical, and that is a lady called Aroosa Begum, often referred to as the First Lady of Punjab. She is the CM’s close companion (partner in contemporary terms), resides in his house where she plays hostess, and often accompanies him to non-political events. She is a Pakistani journalist he met during a visit to Pakistan in 2004. She was then married with two children and was a fairly well-known journalist at the time, and someone who was considered well-connected with the Pakistan military establishment. She moved to Chandigarh a decade ago and while she returns to Pakistan occasionally, she is very much a permanent resident of India now. For Amarinder to be chastising Sidhu for his Pakistan hug is a clear case of the pot calling the kettle black.

At a time of a natural calamity leading to a massive humanitarian crisis, one would imagine that every Indian would be standing shoulder to shoulder, here and abroad, with their brethren from Kerala. Alas, members of the right wing and their supporters cannot tone down their bigotry and unfathomable logic.

Right in the midst of wall to wall coverage on televisions showing the ravages wrought by flooding, RSS ideologue S Gurumurthy gave vent to his bias by saying that the floods were the result of the Supreme Court allowing women inside the Sabarimala temple. The tweet caused widespread anger, more so since Gurumurthy has just been appointed to the board of the Reserve Bank of India, making him an ex-officio government servant. He was ably, or disably, supported by another prominent personality, Mohandas Pai, chairman of Manipal Global Education and former director at Infosys, also known for his right-wing views (he is the biggest investor in Arnab Goswami’s Republic TV).

He retweeted a post by US-based NRI Rajiv Malhotra, a hardcore proponent of Hindutva, who had urged people to “donate for Hindus and not victims of other faiths”. His mind-twisted tweet said: “please donate to help Kerala hindus. Christians and Muslims worldwide are raising money for their own people and agendas.” Most of the Hindutva trolls linked the natural calamity to the local population’s dietary habits, particularly beef eating.