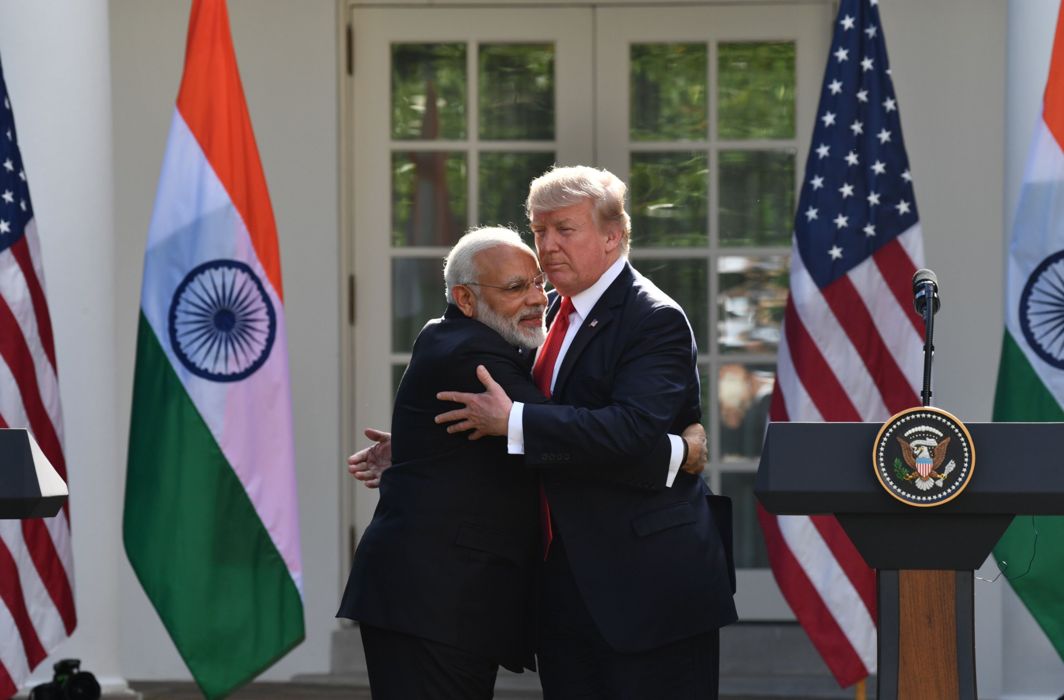 What do world leaders talk about when they meet one on one, apart from pressing bilateral issues? Offer advice on related issues. According to celebrated journalist Bob Woodward’s new book, Fear: Trump in the White House, during a meeting in the Oval Office to discuss Afghanistan, Trump told Secretary of Defence James Mattis: “Prime Minister Modi of India is a friend of mine. I like him very much. He told me the US has gotten nothing out of Afghanistan. Nothing. Afghanistan has massive mineral wealth. We don’t take it like others—like China. I’m not making a deal on anything until we get minerals.” The book also refers to a meeting that former White House Chief of Staff Reince Priebus had with ex-National Security Adviser HR McMaster just before Modi’s official visit to the US. India, writes Woodward, was the counterweight to Pakistan which was giving the new administration as much trouble as it had given previous ones by hedging maddeningly on terrorism. Modi had wanted to go to Camp David and have dinner, bond with Trump. ‘It’s not in the cards,” Priebus told McMaster. “We’re just going to do dinner here. It’s what the president wants.” McMaster blew up. “It’s India, man. It’s f…..g India.” He understood the strategic importance of India, a sworn enemy of Pakistan. He felt outreach and strong relations with India were essential.

An ill wind seems to be blowing across the political landscape, literally. Goa Chief Minister Manohar Parrikar’s ailment is serious enough for the Congress to stake claim to form the government, and the BJP to rush senior leaders from Delhi to try and do damage control. Another BJP leader, Union Parliamentary Affairs Minister Ananth Kumar, is believed to be undergoing treatment in London for an equally serious medical condition. Kerala Chief Minister Pinarayi Vijayan is in the US for treatment while Delhi Congress chief Ajay Maken is also said to be undergoing treatment for a back problem that restricts his movement (his Congress rival and ex-CM Sheila Dikshit is in France, recovering from heart surgery). Parrikar (right) is the most serious concern for the BJP—two of his ministers have also been in hospital for a prolonged period—Francis D’Souza, minister for urban development, has been in a US hospital for a kidney ailment and Pandurang Madkaiker, minister for power, has been in hospital after a massive stroke last June. However, since Parrikar’s was a one-man show, like his boss in Delhi, there is basically no governance when he is out of commission and everything comes to a halt. That is why the Congress, with the largest number of MLAs in the assembly, is now pressing for fresh elections.

As part of its 2019 election campaign, the BJP will celebrate the second anniversary of the “surgical strikes” carried out by the army inside Pakistan, later this month, with exhibitions and events across the country (India Gate in Delhi). Before that, in an explosive admission with international ramifications, Defence Minister Nirmala Sitharaman has told a TV channel while talking about Pakistan and the surgical strikes: “I can only say this… we are also cutting heads, but are not displaying them.” She was replying to a question on what happened to boasts by BJP leaders that if it came to power, it “will get 10 heads in reply to two beheadings” (Indian soldiers had reportedly been beheaded by the Pakistan Army in 2013 when they inadvertently crossed the Line of Control). Sitharaman was being interviewed on India TV which is known to be close to the BJP, and this marks the first time that an Indian government representative has publicly admitted that the Indian Army has cut off the heads of Pakistani soldiers, presumably during the surgical strikes in 2016. What makes it explosive is that such acts are against international law, notably the Geneva Convention, which India is a party to. In 2013, the ministry of external affairs had condemned the Pakistan Army action, saying the two soldiers were subjected to “barbaric and inhuman mutilation”. Pakistan’s actions, the MEA said on January 9, 2013, were “in contravention of all norms of international conduct.”

Ever since it was founded, the BJP has always been seen as and chided for being the progeny of the Rashtriya Swayamsevak Sangh (RSS). The BJP’s electoral successes have often been attributed to the hard work of its cadres, drawn from the RSS. The narrative, however, began to change since 2014 with Narendra Modi, a former RSS pracharak himself, and Amit Shah cornering all the credit for poll triumphs. Lately, it has been rumoured that the RSS isn’t happy with this role reversal. The tensions were in full display at the recent three-day conclave of the RSS, held at Vigyan Bhavan in Delhi. The conclave on “Future of Bharat: An RSS Perspective” saw Sangh chief Mohan Bhagwat publicly shun the Modi-Shah electoral war cry of a “Congress mukt-Bharat”. While Modi and Shah have invested heavily in attempts to erase contributions of the Congress party towards India during her struggles before and after independence, Bhagwat lavished praise on the Grand Old Party for giving an ideology “that placed the nation on the road to freedom” and “leaders who sacrificed a lot and continue to inspire us today”. Bhagwat has also been upset with Modi for reportedly nixing Union minister Nitin Gadkari’s participation at the World Hindu Congress held in Chicago recently. Gadkari, who represents the Nagpur Lok Sabha seat, is seen as the RSS man in the Union Cabinet and there has been a buzz that the Sangh wants him to succeed Modi as Prime Minister in 2019 if the BJP falls significantly short of a simple majority. Political observers are now awaiting reconciliatory overtures from the Modi-Shah duo to the Sangh chief.

For nearly three decades, Digvijaya Singh enjoyed a clout in the Madhya Pradesh Congress that was the envy of nearly all his contemporaries, with the exception of the late Madhav Rao Scindia. But, on September 17, when Congress President Rahul Gandhi arrived in Bhopal to address a massive gathering of party workers in the poll-bound state, it was evident that the era of the Raja of Raghogarh was not just waning but had perhaps reached its end. Huge cutouts of MP Congress chief Kamal Nath, Singh’s archrival Jyotiraditya Scindia, Leader of Opposition in the state assembly Ajay Singh, alongside those of Rahul and mother Sonia Gandhi dotted the rally’s venue. Digvijaya’s cutouts were missing and so were his photographs from a majority of the hoardings at the venue. The snub to the Congress veteran, who was recently dropped from the party’s highest decision-making body—the Congress Working Committee—was rounded off when Digvijaya was not even asked to address the rally. He had to contend with being given a seat on the dais alongside over two dozen other leaders. It was no surprise that while videos and photographs of the rally were tweeted by Rahul, Nath, Scindia and scores of other Congress leaders, Digvijaya, who is otherwise very active on Twitter, did not tweet or retweet a single post about the rally.

Once a tall Jat leader, courted with equal zeal by the Congress and the BJP for his hold on the community’s votes in western Uttar Pradesh, Rashtriya Lok Dal chief Ajit Singh has been fighting to remain politically relevant ever since his party was routed in the 2014 Lok Sabha polls. Singh and son Jayant Chaudhary had also failed to retain their Baghpat and Mathura seats, respectively. Singh wants to take a “calculated electoral risk” to reclaim his position as the undisputed leader of the electorally crucial Jat community and true heir to the legacy of his father, former PM Chaudhary Charan Singh. The 79-year-old has been frequently camping in Muzaffarnagar, infamous for the 2013 communal riots. Sources close to Singh say that he wants to contest the 2019 Lok Sabha polls from Muzaffarnagar as a consensus candidate backed by Samajwadi Party, Bahujan Samaj Party and the Congress.

If the grand alliance materialises, Singh could wrest the Muzaffarnagar seat from the BJP, defeating incumbent MP and Union Minister Sanjeev Balyan. Balyan is being positioned by the BJP as a rising Jat leader. Defeating Balyan would serve several purposes for Singh—he’ll halt a rival community leader’s ascension, be back in political reckoning and ensure that the NextGen Jats see his son, Jayant, and not Balyan as their leader.