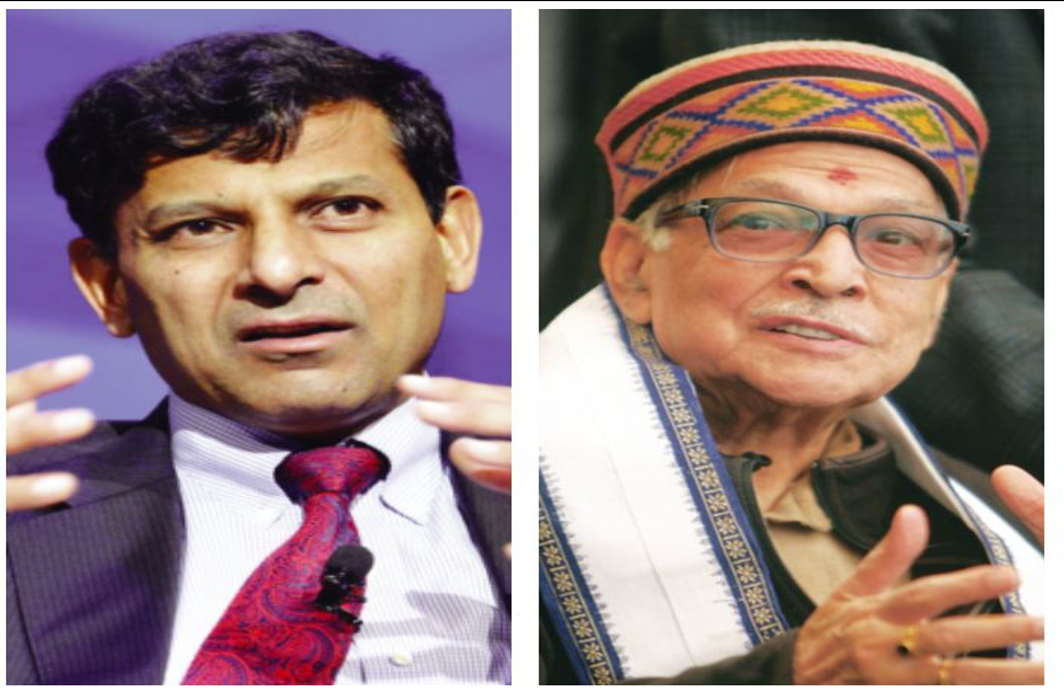 The BJP has made its fight against corruption the cornerstone of its poll campaign and outreach to the voting public. That is being chipped away by allegations of crony capitalism, the Rafale deal with Anil Ambani being a case in point. Now, the Modi government faces another embarrassment in what is being called “The Rajan List”. The PMO has been issued a notice by the Lok Sabha’s Estimates Committee to answer to parliament on the list issued to them by former RBI governor Raghuram Rajan. His letter had flagged high-profile cases of Non Performing Assets (NPAs) and asked for a “coordinated investigation”. The Committee is demanding answers on the action taken by the PMO so far. What makes it more embarrassing for the PM is that the committee is headed by Murli Manohar Joshi, the veteran BJP leader. The list has names of corporate entities which took substantial loans from banks and failed to repay them after fraudulently diverting the money for other purposes (Vijay Mallya, Nirav Modi, Jatin Mehta and Nitin Sandesara). Rajan had requested for a multi-agency probe. Some names belong to those known to be close to the powers-that-be. Joshi’s committee is looking at any lapses by the government on NPAs. In the note, Rajan had said he was “unaware” of action taken against those he had listed.

Officers in the CBI have seen a sudden, sharp slowdown in the probes they have been assigned. The reason is the open battle between the two top officials in the agency, Director Alok Verma, and his number two, Special Director Rakesh Asthana. The battle has been simmering for a while but is now out in the open after the agency’s PR wing said it was probing six cases of alleged corruption involving Asthana. It may seem like a one-sided battle since Asthana is known as the blue-eyed boy of the prime minister—he comes from Gujarat and served under Modi when he was CM and Asthana headed the Godhra case. In fact, Asthana was brought in by this government and made special director, with the intention that he will take over the CBI when Verma retires early next year. Asthana had recently complained to the Central Vigilance Commission that his boss was trying to intimidate officers in the agency. Verma, in turn, has targeted Asthana for corruption. The latest round of allegations could prove crucial in the battle—the cases being investigated involve Gujarat-based Sterling Biotech and the Sandesara brothers, the latest in the list of absconding businessmen who owe banks huge amounts of money—Rs 5,000 crore, in this case. The CBI raids on Sterling Biotech and its owners unearthed a diary which, allegedly, has entries in Asthana’s name. The Opposition is using the Sandesara brothers to target the Modi government, which may have given Verma the courage to take on his powerful rival.

Former Jawaharlal Nehru University Students Union office-bearers Kanhaiya Kumar, Shehla Rashid Shora and Umar Khalid have emerged as hugely polarising youth icons; loathed by the BJP-led right-wing and loved by the secular, progressive liberals. Recently, Lalu Prasad Yadav’s RJD indicated that Kanhaiya Kumar could be fielded as the joint candidate of the “mahagathbandhan” from Bihar’s Begusarai Lok Sabha seat, held currently by BJP’s Bhola Singh, in the general election due next year. Kumar is likely to contest on a CPI ticket but with the backing of the grand alliance constituents, RJD, Congress, Jitan Ram Manjhi’s HAM (S) and Sharad Yadav’s Loktantrik Janata Dal. Rumours are now rife that Shehla Rashid Shora may be the next in line to jump into the electoral fray. Rashid, sources say, is keen on joining a mainstream party from Kashmir, her home state. The Congress and Omar Abdullah’s National Conference (NC) have been reaching out to her. This has irked Rashid’s senior comrades in the Left parties who prefer that she stay within the ranks even if she wants to contest the assembly or Lok Sabha polls. The Congress and the NC have indicated to Rashid that she could be fielded from a “safe” assembly seat whenever elections are called in J&K. The possibility of her nomination as a member of the state’s legislative council or even a ticket for the Lok Sabha polls is also not ruled out. It’s only a matter of time before Umar Khalid, too, is courted by the Congress or other opposition parties in Delhi, or his native state, Maharashtra, with an offer to take the electoral plunge.

The NDA government has systematically tried to demean the image and legacy of the country’s first prime minister, Jawaharlal Nehru, and much of that has revolved around the Nehru Memorial Museum and Library and Teen Murti Bhawan, his erstwhile official residence. The indirect objective, of course, is to undermine his remaining inheritors, namely, Sonia Gandhi and Rahul. The latest round in that battle is a letter asking the Jawaharlal Nehru Memorial Fund to leave Teen Murti Bhavan forthwith. The letter was sent by the directorate of estates of the Union ministry of urban development, headed, ironically, by Hardeep Puri, who worked closely with Sonia’s late husband, Rajiv Gandhi, when the IPKF was operating against the Tamil Tigers—Puri was number two in the Indian embassy in Colombo then, dealing directly with LTTE leader Prabhakaran. The Fund, which operates from Teen Murti, was established in 1964, and is run by one of Rajiv’s closest friends, journalist Suman Dubey. Dubey, on his part, has sent a legal rejoinder, refusing to move out. The Fund basically offers scholarships to academics, conducts an annual lecture and organises Nehru-related functions. It is chaired by Sonia and its vice-chairman is veteran Congressman Karan Singh. The Nehru Memorial Museum and Library, also housed at Teen Murti Bhavan, has been a target of the government for over a year, with the Modi government seemingly determined to bring all former prime ministers under the Teen Murti roof. The attack on the Fund is another arrow in NDA’s anti-Nehru quiver.

Here’s a question the University Grants Commission (UGC) could have circulated among the higher education institutions it oversees: Why should a government-run nodal body, a regulator of higher education with the fundamental responsibility to fund and oversee the operations of universities, reduce itself to suggesting patriotic parades and photo-ops for students? That directive, circulated by the UGC as suggestions for celebrating “Surgical Strike Day”, has created a storm in academic and political circles. The circular laid down guidelines on how to observe September 29, including talks by ex-servicemen, parades, exhibitions and even mailing of greeting cards! The circular added that these activities “will also provide photo-ops for the students”. Following the negative reaction, the UGC said that these were not compulsory, but the fact is a circular issued by it cannot be ignored, especially in the case of institutions receiving grants. The circular says that “the activities undertaken may be uploaded on the University Activity Monitoring Portal on UGC website”. Prakash Javadekar, the Union HRD minister insisted that it was not compulsory but failed to answer whether the forced patriotism was an extension of politics in the period leading up to the 2019 polls. The UGC Act clearly states that “the general duty of the Commission is to take, in consultation with the Universities or other bodies concerned, all such steps it may think fit for the promotion and co-ordination of University education and for the determination and maintenance of standards of teaching, examination and research in Universities. Telling institutions to observe “Surgical Strike Day” is certainly not part of its mandate.

The battle between the BJP and its rivals in the 2019 polls could well be won on a cellphone, or cellphones. The new initiative is ba­sed on what the party calls “Cell Phone Prabharis”. These are hand­picked BJP workers drawn from the party’s social media cells in each state who are well-versed in smartphones. In earlier days, party representatives would have a voters’ list with add­resses and hang around at polling boo­ths to help voters check their names and make a pitch for votes. Now, in the digital age, the electoral innovation, the brainchild of party President Amit Shah and the head of its IT cell, Amit Malviya, the strategy has changed to a new age one. What this means is that there will be a Cell Phone Prabhari for each polling booth whose job will be to collate the cellphone numbers of all voters. During electioneering, he/she will send BJP campaign messages through SMS or Facebook to all cellphones in the constituency. Malviya will coordinate the effort from Delhi and send messages and other campaign-related matter to state heads who will pass it on to zonal heads and via them to individual Cell Phone prabharis. The numbers are staggering—every constituency will have an average of 1,300 polling booths. There are 543 Lok Sabha constituencies. Shah does dream big.