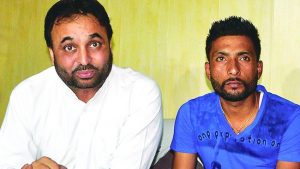 The controversy about the centre’s insensitive confirmation of the death of 39 Indian labourers in Mosul, executed by ISIS, is getting murkier. The families of the victims, who were critical of the government for having to hear about the deaths of their loved ones from TV and not from official quarters, have, according to sources, now been approached and promised monetary compensation and government jobs in exchange for piping down. These are poor people facing a grim future, who have lost the main breadwinners. They also know that the only survivor, Harjit Masih (right), was whisked away by RAW after his return to India, and put in “protective custody” after he gave interviews saying the 39 colleagues had been killed in June 2014, shortly after the ISIS took over Mosul.

India Legal has learnt that apart from Masih, multiple sources inside Iraq had confirmed the deaths. This was conveyed to the external affairs ministry’s special envoy, Suresh Reddy, who camped in Erbil to oversee the search for the missing Indians by distributing their photos. NSA Ajit Doval was given the same message when he visited Baghdad in 2015. A worker for the Iraqi Red Cross also confirmed the killings last October, including the burial site—which was when the government took DNA samples from the families, all the while telling parliament that they were safe.  It was an image issue—shortly after coming to power, the government was loath to admit that so many Indians had been killed and keen to maintain the pretence that ISIS was targeting Westerners, Christians, the Iraqi government and its armed forces, and not Indian labour. 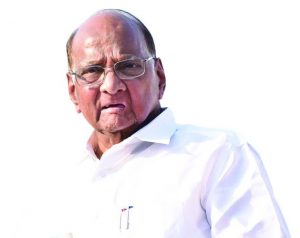 After almost three years of sulking submission, the opposition has come alive, as has the Congress, enthused by Rahul Gandhi’s call to arms in his plenary speech last week. The confusion lies in figuring out the equations for 2019. N Chandrababu Naidu’s break from the NDA has added to the drama but the question remains as to the formation of a Third Front and the resistance to a Congress-led front.

The key to all the confusion and speculation is the wily old campaigner, Sharad Pawar. He senses the opportunity but is playing his cards close to his vest, secretly meeting a range of opposition leaders, including Sonia Gandhi as well as Shiv Sena’s Uddhav Thackeray and fence-sitter Naveen Patnaik. Pawar is desperately angling to become the consensus candidate of a broad anti-BJP front—his ambition to be PM has been an open secret for decades. 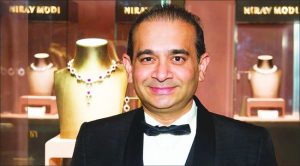 It’s the classic closing-the-stable-door-after-the-horse-has-bolted syndrome. Following the storm over Nirav Modi absconding with close to Rs 13,000 crore of public money, the centre introduced the Fugitive Economic Offenders Bill 2018, to impound and seize assets of absconders.

This was followed by the setting up of a national auditor and now the ministry of corporate affairs has proposed that all individuals who serve as directors on the boards of Indian companies with a specified turnover will have to provide their passport details, along with what is known in corporate circles as DIN, or Director Identification Number, a unique eight-digit ID given by the ministry.

A new DIN application form is being prepared which has a separate column for passport details. This was not there in the original form. The finance ministry has already asked banks to provide passport details of borrowers with loans of Rs 50 crore and more. This flurry of activity is related to the fact that it was a fortnight after Modi left India that the MEA discovered that he had an Indian passport, while his wife was found to be an American citizen.

Last week, the Tata Group’s Chief Ethics Officer, Mukund Rajan, quit without much fuss. He has been with the group for 23 years and has a sterling reputation—he was made Chief Ethics Officer by Cyrus Mistry. What makes the move significant is that Mukund is the brother of Raghuram Rajan who has been sharply critical of the Modi government’s economic and banking policies.