For a Richer Harvest 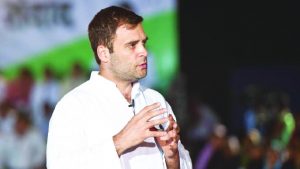 With elections due for the Madhya Pradesh, Rajasthan and Chhattisgarh assemblies in November this year, the Congress party is hoping that worsening agrarian crisis and farmers’ woes will help its leaders topple the BJP governments in these states. The Congress has been out of power in Madhya Pradesh and Chhattisgarh for 15 years, while it lost Rajasthan to the BJP in 2013.

All eyes are now on a mega rally that the Congress’s Madhya Pradesh unit will organise in Mandsaur district on June 6. The rally will be addressed by Rahul Gandhi, who will also officially launch his party’s assembly poll campaign from here. Mandsaur has been the epicentre of farmer protests in central India since June 6 last year when five agitating farmers were shot dead by the Madhya Pradesh police in the district.

Located on the border of Madhya Pradesh and Rajasthan, Mandsaur, Congress leaders hope, will be the best platform for launching a campaign against the BJP on the issue of farmers—one that could help the party directly reach out to farmers in both these states. Leaders from the party’s units in Madhya Pradesh, Rajasthan and Chhattisgarh will, in the coming weeks, also hold lengthy discussions with various farmer organisations. A vision document with focus on agriculture is also on the cards. The party is hoping to reap a rich harvest at the hustings in November.

Mood of the Nation 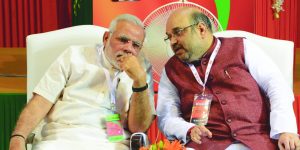 The latest national opinion poll conducted by CSDS-Lokniti, in partnership with ABP News, is not such good news for Narendra Modi and Amit Shah. If the 2019 Lok Sabha elections were to be held today, the BJP would not get a majority on its own and will have to depend on its allies to retain power.

According to the survey, almost 47 percent of the total 15,859 respondents are of the opinion that the Modi government does not deserve to be voted back to power in 2019, while 39 percent thought it deserved a second chance, with the rest remaining non-committal. If that is the mood of the nation, it should be cause for worry for the ruling party and its allies.

In terms of seats, the survey shows that the NDA would get 274 seats, the UPA would win 164 seats, while other parties would get 105 seats. In terms of the nationwide vote share, NDA would get 37 percent votes, down from 38.5 percent in 2014, UPA would get 31 percent votes, up from 23 percent. The biggest losses for the NDA, if the survey is correct, will be in Uttar Pradesh where it won 71 of the 80 Lok Sabha seats in 2014. In 2019, the BJP’s vote share would come down to 35 percent, the survey says, a major loss of seats. The NDA will also get hit in southern India, where it is likely to win just 18-22 seats, while the UPA could bag 67-75 seats. Other players and regional parties could win 38-44 seats. The survey was conducted around the middle of May.

Where the NDA would gain is in Bihar and eastern India, including West Bengal,  Odisha, Jharkhand and Assam. The bad news for the NDA is that if assembly elections were held today in Madhya Pradesh and Rajasthan, the Congress would win both. The good news for the Congress is that the popularity gap between Modi and Rahul has come down to 10 percent from 17 percent five months ago. However, there is almost a year left for the Modi government to turn things around, but even so, if the poll is somewhat accurate, it sends a loud warning signal. 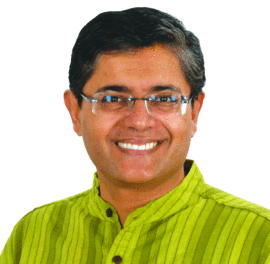 After months of open rebellion against Odisha Chief Minister Naveen Patnaik, which led to his suspension from the Biju Janata Dal, the erudite Kendrapara MP, Baijayant “Jay” Panda, recently announced his decision to quit the party. Sources say that the Kendrapara MP, who had been heaping praise on Prime Minister Narendra Modi, will most likely switch over to the BJP. Politicians in Odisha are even joking about the imminent switch being just a matter of changing initials for Panda—going from the BJD to the BJP (his initials are BJP too).

The absence of any anti-Patnaik protests by Panda’s supporters in Odisha, sources say, is because Panda hardly has any mass base and his two electoral victories from Kendrapara were largely attributed to the fact that the Lok Sabha seat has been a BJD bastion for decades. However, the BJP may still accommodate the suave politician within its ranks because of his other strengths – his financial clout and his family’s ownership of OTV, Odisha’s most viewed regional news channel. 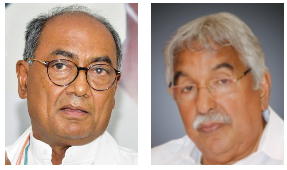 While one former chief minister’s fall from grace is now complete, another is on the rise. Digvijay Singh being stripped as general secretary in charge of Andhra Pradesh was something waiting to happen. The move surprised none, barring Singh himself. Andhra is headed for polls next summer and Digvijay has not covered himself with glory in elections in the other states under his charge. Last year, the Congress’s failure to form a government in Goa despite being the single largest party in the assembly was solely due to Diggy Raja’s ineptitude.

Rahul Gandhi is not going to let old family ties come in the way of his plans to take the Congress back to its glory days. With the party returning to power, albeit as a junior partner in a coalition with the JD(S) in Karnataka, the high command has brought in the tireless Oommen Chandy. The former Kerala CM’s actions speak louder than words. Chandy’s many cross-party friendships are expected to come in handy for the party in the run-up to the polls. The Congress was expected to fight a four-cornered battle in the state with the Telugu Desam Party, BJP and Jaganmohan Reddy’s YSR Congress, but that may now turn out to be a three-cornered one as Chandy is wrested with the task of coaxing the breakaway leader back into the party. Jagan has been assured that he will be the CM candidate and will have full independence, in the constitution of party committees and selection of candidates for the 2019 polls. Jagan may find hard to reject this offer.

As Prime Minister, Atal Bihari Vajpayee pursued a Look East Policy aimed at bringing India and the Asean countries closer, Prime Minister Narendra Modi too is following the Look East Policy, albeit with a difference.  He has been undertaking tours to the eastern states with increasing frequency. Last week he toured Jharkand, Bengal and Odisha. With the general elections just a year away, it could be assumed that Modi’s aim is to better his party’s prospects in these states. But there could be another, more important reason. Reports suggest that Modi may shift from Varanasi to the temple town of Puri in Odisha  in the 2019 elections. In 2014, Modi had contested from Vadodara in Gujarat and Varanasi. This time too he is expected to contest from two places, and one could be Puri. While the move is expected to help the BJP’s prospects in the state where the Congress has been relegated to the third place and the ruling Biju Janata Dal is a house divided, it could also be an acceptance of the fact that the coming together of all the Opposition parties––Bahujan Samaj Party, Samajwadi Party, Congress and Rashtriya Lok Dal—in UP has rattled the BJP, as witnessed in Gorakhpur, Chief Minister Yogi Aditynath’s constituency where the BJP was routed in the Lok Sabha by-elections last month.

The Election Commission has been facing severe criticism, especially from Opposition parties, for acting as an agent of the Modi regime and over bizarre explanations for malfunctioning EVMs and VVPAT equipment (blaming it on the heat wave, really!) during the recently concluded bypolls.

However, there was some comic relief during these tense times when voters in Palghar, Maharashtra, lined up to cast their votes for the parliamentary bypoll. Soon after polling began, social media feeds of news agencies were full of pictures of voters waving their middle fingers at the shutterbugs.

This wasn’t, however, an expression of anger against soaring oil prices, faulty EVMs, et al. but the customary “I-have-voted” photo op that voters get during any election, albeit with a twist. Since parts of Palghar had witnessed local body elections a day before the Lok Sabha bypoll, voters who had cast their votes for Panchayat election already had their index finger marked by the indelible ink. As such, election officials had no choice but to mark a different finger—and so, the notorious middle finger it was. Someone in the EC clearly had a sense of humour.

Prime Minister Narendra Modi has a deep and abiding bond with bureaucrats from Gujarat—many have been given top posts in the central government. Loyalty seems to be the priority, which explains why Gujarat Chief Secretary JN Singh, who had served under Modi when he was chief minister, has made a compilation of his former master’s non-political speeches during the latter’s long stint as chief minister of Gujarat. Singh has turned the collection into a book and, with the blessings of current CM Vijay Rupani, it has been dispatched to all states with instructions that it is to be distributed to all IAS officers. Loyalty really goes a long way.